Should Parliament investigate Juan Carlos I?

The appearance by the director of the CNI, Spain's secret service, Félix Sanz Roldán, before the parliamentary commission on reserved expenditure seems to have been enough for the Spanish Congress to shelve the awkward matter of Corinna zu Sayn-Wittgenstein as soon as possible, the matter of recordings about alleged tasks from the former Spanish head of state and other equally embarrassing situations. As it's a closed parliamentary commission, the details of general Sanz Roldán's explanations are unknown. Before his current role, which he's held since 2009, he was defence chief of staff. In any case, the want of the main parliamentary parties to file the matter were known, a position PSOE made official at the end of the meeting.

The commission, therefore, won't happen, but the doubts and shadows won't disappear. And, given what is already known, deputies will be doing a disservice to the idea that all Spaniards are equal before the law. A parliamentary commission is not a synonym for guilt but it is for the required transparency in the home of popular sovereignty after the alarm caused by the recordings and which many parliamentary parties are in favour of, from Unidos Podemos and Compromís to Esquerra Republicana and PDeCAT, through Basque nationalists EAJ and pro-independence EH Bildu.

They are trying to bury Corinnagate by eliminating it from the debate, at a time, moreover, when the monarchy as an institution is seriously damaged in the eyes of Spanish public opinion. To the extent that the national Centre of Sociological Research has stopped asking about it to save itself problems and that in territories like Catalonia and the Basque Country its image has collapsed. In the case of Catalonia, it's well known that king Felipe VI's visits have become a serious problem, since the Catalan government has announced that it's not planning on inviting him to any of the ceremonies it organises, nor on attending any of those organised by the royal household. The entry into prison of Iñaki Urdangarin, the husband of infanta Cristina, has also fallen like a ton of bricks on public perception of the institution.

What's certain is that the person popularly known as princess Corinna has ended up become a serious problem for Juan Carlos I after the time they enjoyed together and the (alleged) confessions she has made. There's a Spanish expression for this: de aquellos polvos vienen estos lodos (you reap what you sow). 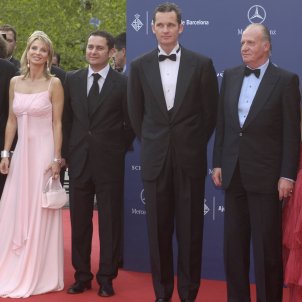 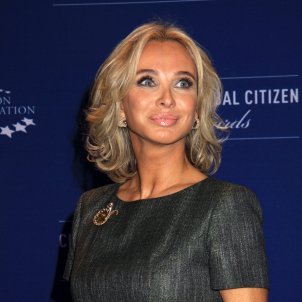