This Sunday evening in Barcelona, Spain's king Felipe VI will probably be subjected to not only the most important institutional protest of his four year reign, but also the most significant boycott of the Spanish monarchy in the 43 years since it was restored in 1975. The first visit to Catalonia by Felipe VI since his speech of 3rd October last year, just two days after the Catalan independence referendum and the associated police repression, has taken on a dimension that is different from any previous journey he has made to Barcelona.

At a time when the Catalan government has not yet been constituted after the elections of 21st December, the two main institutional authorities in place are the speaker of the Catalan Parliament, Roger Torrent, and the mayor of the capital, Ada Colau. Neither of these two will be waiting at the door to receive the monarch alongside the state authorities, but rather they will encounter one another later at the gala dinner to mark the start of the Mobile World Congress, like so many other distinguished guests. They will not be the only absences from the royal reception, as the Catalan government officials who were not dismissed under Spain's imposition of direct rule, but were invited to the welcome for the king, will not be present either. The same goes for the president of the Barcelona provincial body, the Diputació, and other authorities.

With more than four months having passed since Felipe VI's unfortunate speech on 3rd October, the fracture that has been produced in Catalonia and the huge distance of a part of Catalan society from the monarch is completely evident. That night, not only a great majority of independence supporters made a complete emotional break with the Spanish crown, but also a part of the most moderate believers in Catalan nationalism felt hugely distanced by the royal speech.

Since that day nothing has changed, and the shake-ups that have occurred have only made things worse. The Jordis, leaders of the pro-independence civl groups, were sent to jail; the Catalan government was dismissed with members of the Catalan executive going into exile, entering preventative prison or released on bail; and the damage to fundamental freedoms has spread steadily outwards like an oil slick and drawn the attention of key international bodies, human rights ONGs and leading media around the world.

The crown has not been at all tactful, but rather has aligned itself with Spain's Popular Party-led government to the point where the head of state's role as an arbitrator has become blurred. 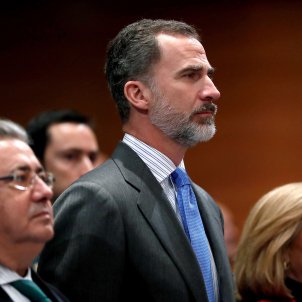 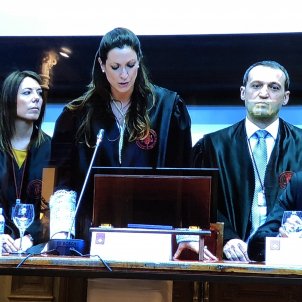 Editorial The dignity of a mayor José Antich