The independence movement cries out for unity

During the whole day this Tuesday, the need to stitch back up the existing disunity between the pro-independence parties hovered over the different letters sent from Lledoners prison by Jordi Sànchez and Jordi Cuixart. The crisis of coexistence and also the resentment and aggression which have grown in recent months. The political and personal rupture. Over strategy, of course. But it wasn't until night and the main ceremony in Barcelona's plaça Catalunya, with thousands of people, that the demand for the parties to overcome their split and return to unity. With direct messages from the two social leaders, in prison for a year thanks to a clearly unjust decision from the Supreme Court. They came with the speeches from the spokespeople of ANC, president Elisenda Paluzie, and the vice-president of Òmnium, Marcel Mauri. But also through the shouts of "unity, unity" from those present.

The gatherings in many cities and towns around Catalonia and in front of the prisons of Lledoners, Puig de les Basses and Mas d'Enric, where the nine political prisoners are being held, exposed once again the resistance of a public which doesn't accept injustice, repression and loss of rights. That feels solidarity with its social and political representatives in prison and in exile for pursuing their electoral promises. The parties may be divided, but their voters are resisting the script developing differently from how they want.

We're far, very far, from a solution to the problem and we're close to public prosecutors announcing the sentences they will seek for the political prisoners. It's going to be, certainly, the next scenario which opens up and will bring new mobilisations. The punishment in the form of a legal document seems. And the Jordis, aware of the irritation that it going to cause in wide swathes of Catalan society, asked for civility in the protests and again for unity in the response.

It will be hard for them to face the months to come if the unity between the two largest parties in the independence movement, Junts per Catalunya and Esquerra Republicana, isn't repaired and it doesn't know how to bring the CUP into the most important decisions. It's true that the independence movement has in the past experienced moments of disagreement it's managed to overcome. But now it's got two handicaps: its main leaders are in exile or in prison and that makes communication difficult and the new leaders need time and luck. Time they don't have and luck we'll see if they enjoy. Perhaps the newest feature is that the pro-independence parties hadn't ever had as many eyes watching for what they're doing and prepared to hold it against them. 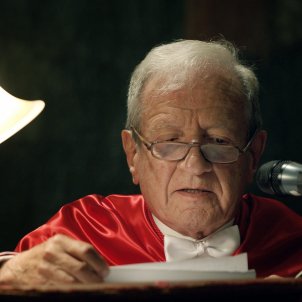 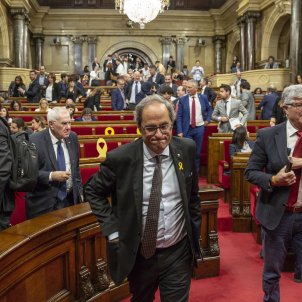