Europe pressures Sánchez: time to open up to the PP

Pedro Sánchez's plans for a quiet legislature, comfortably installed on the political left and placing Vox, the PP and Ciudadanos in the same plane of opposition to his government, were destroyed by the coronavirus pandemic and the associated economic crisis, which will be very hard, intense and long. There will be no V-shaped recovery in Spain - it's difficult to find a letter of the alphabet that graphically represents, today, what the path out of the tunnel will look like, with only the German economy providing data of a certain economic vigor right now; and, as we are already seeing, tourism will not lift us out of poverty this summer as foreigners will neither arrive at airports nor drive across the French border in sufficient quantities to be able to save the summer season. July is here and Barcelona is empty of tourists, leading hotels are still closed, the city is registering worrying statistics in multiple sectors and on the Catalan coast the numbers still do not add up.

That situation aggravates the economic landscape and leaves Spain even more at the mercy of Brussels when decisions are made on the distribution of European funds and on reforms which, from the EU, are going to be a requirement, not a recommendation. The first messages from the Union have already led to a certain regrouping of political alliances in Madrid with a greater role for Ciudadanos, as seen in the votes to approve the final extensions of the country's state of alarm, as well as in the Spanish Congress's so-called Reconstruction Commission and in the first contacts for the negotiation of the upcoming government budget. The PSOE is also working to reduce tension with the PP, that being another of the demands reaching Sánchez from several foreign capitals, such as Berlin. Brussels also wants the PP to renounce its position of opposition to everything and instead open an avenue of Sánchez-Casado cooperation, which does not exist today. Felipe González is also working on this and deploying his influences in the media and business sectors of Madrid.

The change in the course being sailed by the ship of government is slow but steady: everyone move to the right, Pedro Sánchez seems to have ordered. The big unknown in the political equation that no one dares to solve is what Podemos will end up doing and how far the structures of the left-wing party will resist an agenda that is not theirs, especially with regard to the economic obligations which both Brussels and EU partners will impose. Everything looked quite pink just six months ago when this part of the left took over several ministries for the first time since the beginning of the Spanish transition, as well as having a certain capacity for influence to develop a social agenda, and the occasional star economic issue such as the wealth tax, which today is already on one of the most distant back burners after the PSOE loudly expressed its disapproval. There is a certain consensus, however, that in the short term, the choice of Podemos as government partner is still very clear and the continuity of the coalition is assured as there are still a few months ahead to disguise matters and plead ignorance about the instructions that will be steadily received.

The Catalan independence movement will have to assess the balance. In the same way that Mariano Rajoy evaded all his economic commitments with Artur Mas with the excuse of the economic crisis in 2011 and left the negotiation of the fiscal pact with Catalonia pending, today another prime minister, Pedro Sánchez, is preparing to repeat a similar strategy that has a single message: the demands of Catalonia must wait. Different versions of the same song. 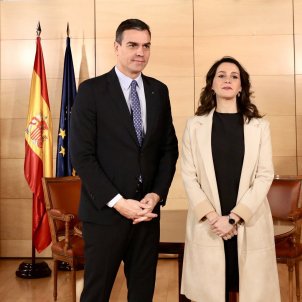 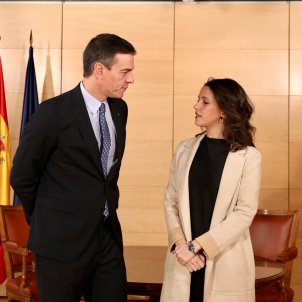