In politics there are events that have happened before and from whose past experience much can be learned. And there are others that, when compared to today's situation, are like chalk and cheese. In the latter category is the comparison that the Pedro Sánchez government is attempting to draw, to serve its own interests, between the political situation that led to Spain's 1977 Moncloa Pacts and the current reality caused by the coronavirus and which, in addition to the health crisis, also involves the collapse of the economy and a grim outlook as far ahead as we can see.

Essentially, there are two major differences between that distant 1977 - after the death of the dictator Franco but before either the current Spanish Constitution or the Catalan Autonomy Statute existed - and the current 2020. Let's take a look. The Moncloa Pacts would not have been viable without an assertive move such as that made by prime minister Adolfo Suárez months beforehand to attract the Spanish Communist party and its leader Santiago Carrillo into the agreement by making a mutually-beneficial deal that showed Suárez's cunning and courageousness: the Communists accepted tougher economic measures for workers, while in return the ruling UCD agreed to push for an amnesty law. From there, Suarez and Carrillo manoeuvred to bring in the socialist PSOE and later the rightists of the AP, which only agreed to sign the economic part of the pacts and not the political reforms. On 15th October that year, the amnesty law was passed in Spain and ten days later the signatures were placed on the Moncloa Pacts.

In the middle of this, there was a second piece to be moved: Catalonia. On October 23rd, Josep Tarradellas returned to Barcelona after a long exile to take up the presidency of the restored Generalitat, Catalonia's primary institution of self-government. Jordi Pujol and the conservative Catalan nationalists signed the pacts and thus began their involvement in the governing of Spain, and we know how that ended. For their part, the Basque Nationalist Party, who also signed the agreements, obtained the beginnings of self-government with the Basque General Council in February 1978, although the historic Basque leader Jesus Maria Leizaola remained in France and until 1979 did not agree to allow the legitimacy of the Basque institution to pass to Carlos Garaikoetxea.

What would be the strong moves which Sánchez could make today that would be equivalent to those of Suárez? In the Spanish context, reaching an agreement with Vox that would leave Casado's Popular Party without any leeway. That, today, seems completely impossible. There would also be an intermediate possibility: reaching an agreement with the PP and, in one way or another, Vox, to desist from putting up radical opposition. This is more or less as difficult as the previous option. And with the Catalan pro-independence parties? Surely he has no other alternative than to reach an agreement on the political prisoners and exiles. With Podemos, this could be tried, but with the PSOE you might as well be dreaming.

The other big difference is the situation of Spain. That Spain attracted more sympathy from the world than the Spanish state does today. It was emerging from a dictatorship and it was necessary to help what was then referred to as a young democracy, with a king who was given enough authority to keep the military in their barracks, and a prime minister who was enormously daring. Spain, moreover, was not the current fragile state where everything was in question: from the monarchy, to the territorial model of autonomous communities, and in between some of the core institutions of a democratic country - the justice system, the Constitutional Court and the Court of Auditors.

Sánchez's desire to draw similarities to the past is understandable but he simply has little to offer if he wants to avoid it all going to pieces. Yet doing nothing is also a risk, as his loyal servant Ivan Redondo knows well. 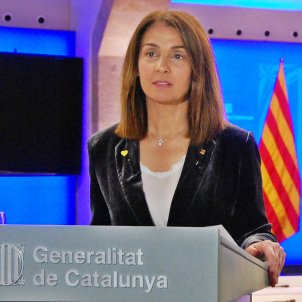