In the midst of Pedro Sánchez's titanic efforts to save the state of alarm this Wednesday in the Congress of Deputies - which became a little easier after the first major deal made in this legislature between the PSOE, Podemos and Ciudadanos with the hope that the Basque Nationalists would hold fast to their abstention allowing the numbers to add up — very disturbing news has arrived from Germany. At least it had been expected, since the decision had been dormant since 2014: Germany's Constitutional Court has just thoroughly shaken up the system of European cooperation and has now put all eyes on to the European Central Bank (ECB) plans for debt purchasing from countries that need strong capital injections and do not have a great ability to make repayments. This is not good news for Spain and Italy, who remain hopeful that Europe will work a miracle and, if not, that the mutualization of debt will mean they only have to repay a small part of what they receive.

Although the German Constitutional Court's decision has to do with the ECB's purchase of sovereign debt bonds in 2015, when it was headed by Mario Draghi, the ruling could not be more politically current. At the centre of the debate is the question of what Germany can do at a time of uncertain economic crisis and, moreover, it goes in the opposite direction to the decision once made by the European Court of Justice when it ruled in favour of such ECB debt purchases. Germany now has a lever which it lacked to impose drastic reform decisions on southern European countries and one could venture that there will be an increased intensity in the divergence of views between the north and the south. Although the ECB enjoys autonomy in its decision-making, it is difficult to shy away from the fact that the Bundesbank is its largest shareholder.

In short: the doors that Pedro Sánchez has been trying to open in recent weeks in on-line meetings with EU heads of state and governments seem much more firmly closed than how led the public to believe and how his spokespeople presented the situation. This is not about hooliganism, but rather, interests - and very little about union. The usual patriotic heroes like the PP's Esteban González Pons, a specialist in scorning Germany, who on Tuesday did not take the opportunity to compare the German court to the Hungarian and Polish judicial authorities, would do well to leave the arena and go back to the farm. He did use such a strategy on the German judiciary when the Schleswig-Holstein court ruled to release Catalonia president Carles Puigdemont without charge and he received very little for it. Perhaps, a slap on the hand from his superiors.

Spain must get ready to go to the European Stability Mechanism, as there will be no alternative. And there, the criteria will be severe. Perhaps even unbearable for a Spanish government like the current one. But there is still time for that. Even if I said a few weeks ago that the orchestra on the Titanic had already started to play. 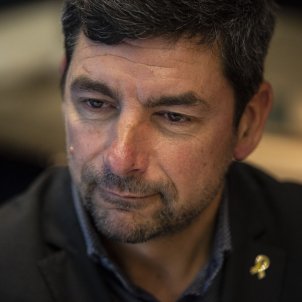 Interview Part Two Joan Canadell: "'Let no company in Catalonia close down', that has to be our goal" Carlota Serra 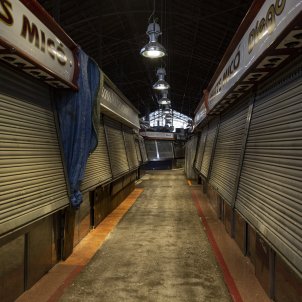 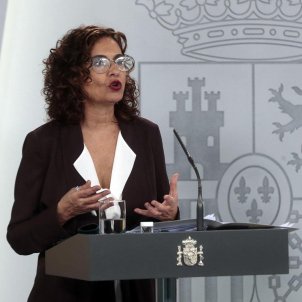