Tremor in the Spains

When the recipients of a good part of the criticisms from broad swathes of the hard right (unfortunately today there is no other kind of right) are the public prosecutor and the state's solicitor, at the end of the first day of testimony from the Catalan political prisoners, it means that something has gone topsy-turvy. That it hasn't gone as expected. The Supreme Court has this Thursday seen the appearances as defendants of vice-president Oriol Junqueras (for whom public prosecutors are asking for 25 years in prison, the state's lawyer, 12 and Vox, 74) and minister Quim Forn (prosecutors ask for 16 years, the state's lawyer 11 years and six months and Vox, 74 years) and their successful remarks, marked by different defence strategies. Junqueras and Forn showed ideals, strength, conviction, irony and professionalism. Much professionalism.

Prosecutor Fidel Cadena and government representative Rosa María Seoane, rather more the second than the first, floundered significantly. Important mistakes in the facts, an apparent lack of knowledge of many aspects of the case, clumsiness in their questioning and lack of skill which even caused the lead judge, Manuel Marchena, to give one, two, even three slaps on the wrist during the more than eight hours that Junqueras and Forn's testimony lasted in the Supreme Court. Really, it never fails to surprise a layperson the low level of the prosecutions. On one side were two political prisoners who had prepared their defence in depth and on the other side two legal professionals who gave arguments to be substituted for the errors they made.

Apart from that, Junqueras strategised his defence from the start as what he is: a political prisoner. On the table only a jug of water and a glass. No papers. He only responded to his lawyer, Andreu Van den Eynde, as an unambiguous signal that it was a legal farce and he couldn't give any legitimacy to either the public prosecutors or the other prosecutions. The vice-president took on a professorial attitude to give what was at many times a masterclass on civil rights, individual rights, democracy, freedoms, pacifism, the history of Esquerra Republicana, the condemnation of violence and the right to self-determination. He was convincing in his political exposition and his defence of organising referendums. It was a shame that a brilliant debater like Junqueras couldn't confront the public prosecution and the state's lawyers. But it was his decision, knowing full well that perhaps he was losing an opportunity. He demonstrated that the time he has spent in prison (interminable and unjustifiable) hasn't reduced his rhetorical ability and the overwhelming level of his explanations.

The approach from Quim Forn and his lawyer, Xavier Melero, was different. Perhaps, also, because the accusations were more specific given he was interior minister on 20th September 2017, 1st October and the 27th of that month. To start, he covered the table in papers which he didn't stop using during the whole questioning. The face-to-face with Fidel Cadena was certainly comprehensive and gave enough responses to the befuddled prosecutor to make a quick video compiling all the situations, some hilarious, which happened. Forn would have been carried out of the room if he hadn't had to return to his unjust punishment in Soto del Real.

It's probable that nothing of all this that we're seeing will change the basic result and that the serious accusations will be upheld. But they knew they had a problem with judge Pablo Llarena's investigation and today the worry must be greater. 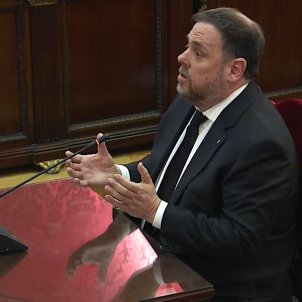 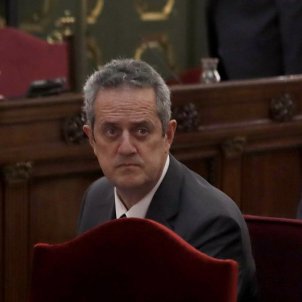