Antoni Gaudí's great and continuing work, the Expiatory Temple of the Sagrada Família, has marked Barcelona’s skyline for over a hundred years. Now it is about to get residents and visitors craning their necks upwards again. The vertiginous construction work will reach a new milestone on December 8th, the Day of the Immaculate Conception, with the completion of the basilica's second highest tower - that of the Virgin Mary, 138 metres high - topped with a star which is to be illuminated, thus becoming “a new star of the city”. That is how the cardinal archbishop of Barcelona, Joan Josep Omella, presented the upcoming inauguration, noting that it will take place the day after the eleventh anniversary of the basilica's consecration by Pope Benedict XVI and that once the lights are turned on, "it will forever change the skyline of the city of Barcelona."

Omella stated that the topping off of this tower will also mark another key point in the construction of the basilica, as it will mean that "half of the towers" have been completed - with the Virgin Mary the ninth to be finished, out of 18 towers foreseen in the final plan. In addition, it is the second highest, but will be unique for being illuminated. During the day the star will reflect the sun's rays and at night will shine with its own light. 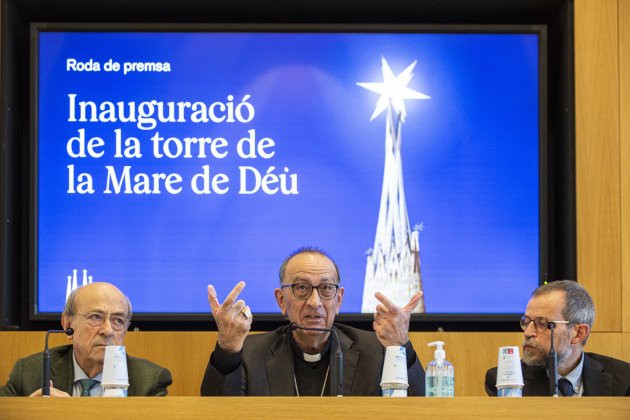 The archbishop of Barcelona said that, despite the fall in income caused by the decline in tourism since the start of the Covid-19 pandemic - one of several reasons that may delay the completion of the basilica - the opening of the new tower has been made possible thanks to the contributions of sponsors and organizations, and expressed his pleasure in being able to comply with “Gaudí's wish, a tower topped with a star, the star of the new evangelization, dedicated to the Virgin Mary, mother of the living Gospel”.

Opening celebration with the neighbourhood

The twelve-pointed star that culminates the tower is due to be installed on November 29th, and will be immediately followed by lighting tests that will allow the inauguration to take place on December 8th, with a series of events that are to include popular culture activities from 10:30am, with groups from the Sagrada Família neighbourhood taking part, as well as third-sector groups, among others.

In the afternoon, a Mass will be celebrated by Cardinal Omella at 6pm to begin the liturgical acts, which will continue with the blessing of the tower at 7:30pm and the lighting of the star at 7:40pm. 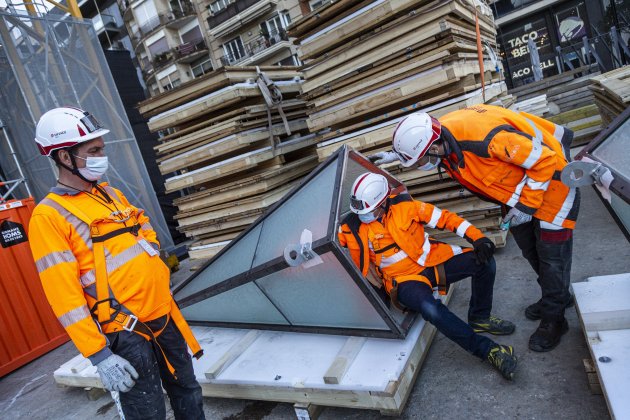 Each point of the star is 2.90 metres long / Montse Giralt

As explained by the chief architect Jordi Faulí, standing in front of the star, it is planned that the lighting will always be white and will allow each of the twelve points of the star to be clearly identified. He also mentioned that the model "responds to one of the designs that Gaudí left in his studio", and that in the current construction phase, "whenever we create a new element we always look for what Gaudí said about it". In this case, the architect had envisaged that the tower should be "crowned by the morning star", which has resulted in a dodecahedral star, with a total diameter of 7.50 metres and twelve points, built in five-face pyramidal form, each with a length of 2.90 metres. The total weight of the entire star is 5.5 tonnes and it is constructed of glass and steel.

The intention is for the star to be a "guide" that will be constantly visible, to become a new element on the city skyline. During the day it will reflect the sun’s rays and will therefore take on changing aspects depending on the time and the weather. At night, it will also emit a white light, through LED illumination. The plan, according to Faulí, is that once lit up "it will seem weightless, suspended in the sky."

The Virgin Mary tower is empty inside, as its mission is to bathe the temple's high altar with natural light, and therefore will not be visitable as are the other eight built so far.

Main image: The star, at the foot of the Virgin Mary tower on which it will be installed / Montse Giralt