1855: "Association or death", the story of Catalonia's first general strike

Barcelona, July 2nd, 1855. The first general strike in the history of Catalonia breaks out – it is also the first anywhere in the Iberian peninsula. Acting together under the slogan "Association or death", more than 100,000 workers from Catalonia’s main industrial centres declared themselves on strike. Barcelona; the nearby localities of Gràcia, Sant Andreu, and Sants, which were then separate towns; and in the rest of Catalonia, the industrial centres of Reus, Vilanova, Manresa, and  Mataró along with the key river valleys of the Llobregat, the Anoia and the Ter: all of these places literally came to a standstill. The industrial revolution, which was rapidly changing the face of the country, had paradoxically widened the economic differences and the ideological division in the Catalan society of the time. Far from the myth that links industrialization with progress, the first phase of the industrial revolution would lead the country to a convulsive scenario marked by exploitation, violence and repression. That pioneering strike was when Catalan workers mobilized to claim the right to “association” – to organise collectively – as well as the reduction of their hours and an increase in wages. And it was also notable for the way the political and economic powers reacted: with the militarization of the country.

In 1855, Catalonia had a population of 1,650,000. Since the key political date of 1714 – when military defeat meant Catalonia had been politically absorbed into the Spain of the Bourbon king Felipe V - the population had multiplied by four. And the demographic balance of the country had definitely changed: the interior - rural and agrarian - had lost its historical demographic leadership, to the benefit of the coastal areas and river valleys - urban and industrial – which already concentrated more than 50% of Catalans in the mid-19th century. Barcelona, with a population of 235,000, and Reus, with 30,000, led the transformation process. But it was a land of misery, in every sense of the word. The rural peasantry was overwhelmed by a major price crisis imposed by the industrial bourgeoisie. And the industrial working classes were immersed in a horrible scenario of exploitation whose greatest exponent was child labour. This scenario did not impede a strong migratory flow to the industrial centres, which would popularize the phrase "Barcelona has become great thanks to Catalonia’s cabalers“ - that is, typically, its 'second sons', those children of the wealthy classes who did not inherit the family properties, but rather received financial sums. 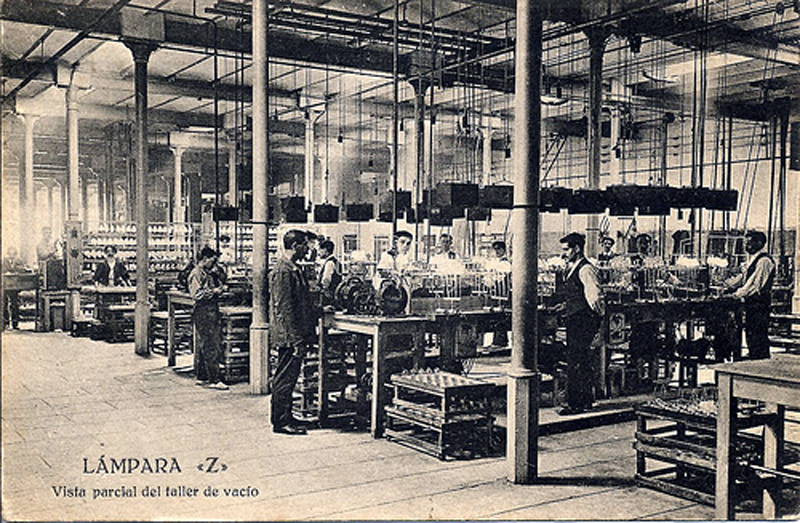 After the capitulation to Felipe V’s besieging forces in 1714, the Bourbon authorities had imposed a radius of little over half a mile (equivalent to the range of cannonball fire) around Barcelona’s walled perimeter, in which any kind of economic or constructive activity was banned. In 1855, this perverse prohibition was still in force and, as a result, homes, shops, workshops, factories, convents, military barracks and palaces were packed together on every possible space within the city walls. Plus, since 1714 Barcelona’s population had multiplied by a factor of six; this would explain the terrible living conditions of the lower classes, forced to live like sardines in a tin in a nightmare of overcrowding. Illness and accidents, caused by the extremely poor working and living conditions, were the leading cause of death in the Barcelona of those days. The Catalan capital was an authentic open sewer, ravaged by illiteracy, malnutrition, alcoholism, crime and prostitution. 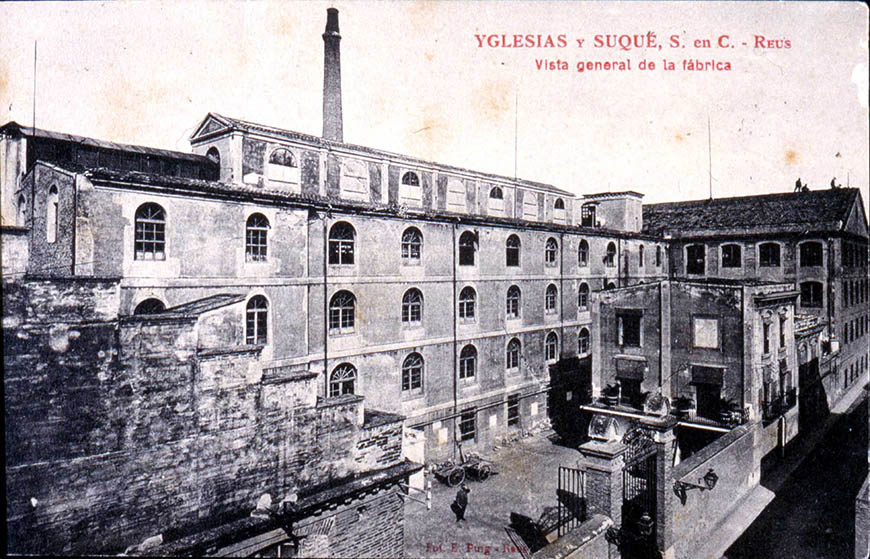 How did the workers organise themselves?​

The major factories of the time employed hundreds or even thousands of workers, a fact which made possible the organization of the working classes, highly influenced by the revolutions of 1830 and 1848, which had blown across the industrialized countries, and by the socialist theses of the great European theorists of the time (Marx, Engels, Owen, Fourier and Saint-Simon). In 1855, the Catalan working class was already organized in representative associations (which expressed their demands), cultural associations or “ateneus” (which taught members to read) and in mutual societies (which provided assistance in times of illness, unemployment and even widowhood and orphanhood). This framework, the earliest precedent for the welfare state in Catalonia, was unevenly distributed; while the city's weavers’ association had considerable strength, other sectors, such as shipyards or the alcohol industry, were less well represented. On the other hand, in the rural world this associative framework had not succeeded in putting down roots and agrarian labourers would take decades to start organizing themselves. 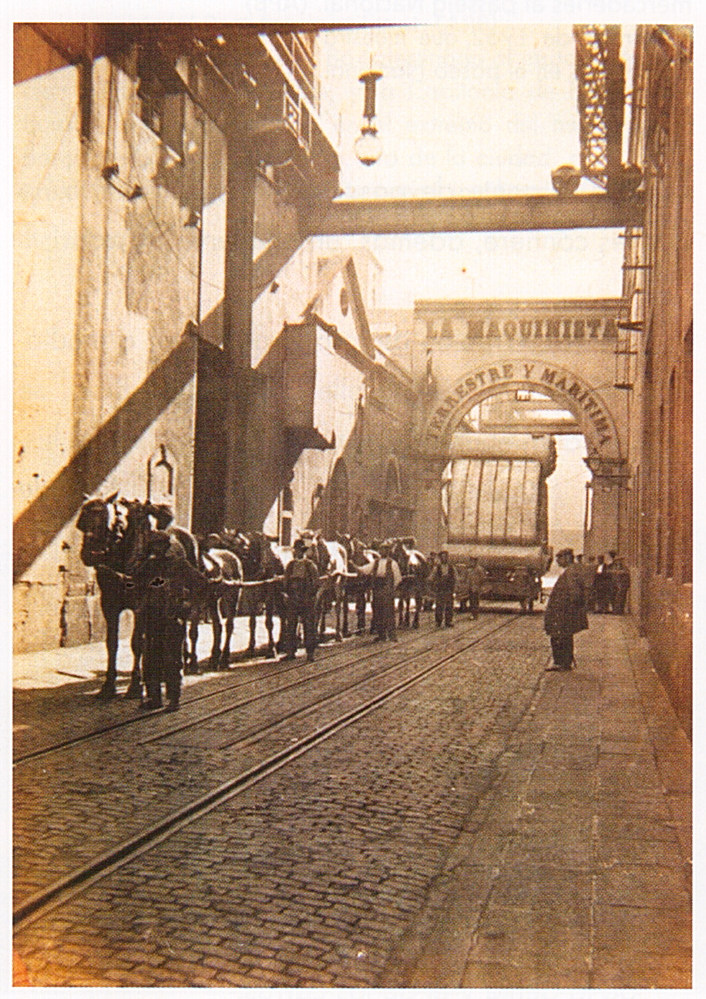 The precedents for the strike

The 1855 strike was the sort of situation that a modern meteorologist might call a "perfect storm". The Spanish state was immersed in a social, political and economic crisis – something it experienced frequently - but this one was of enormous proportions. The monarchy had been discredited by the indecorous domestic affairs of Queen Isabel II and the shady business activities of queen mother Maria Cristina. And the ruling class, formed by a curious confluence of locally-dominant oligarchs and coup-plotting military figures, was even more lacking in prestige. This panorama would explain the role of the industrial bourgeoisies, Basque and Catalan, who played a role as background manipulators in this complex mess. The previous year (1854) they had financed and installed in power a government that intended to allow the unrestricted introduction of selfactines. These were automated spinning machines - the name comes from the English 'self-acting" - and in the imagination of the working classes they were the essence of evil. Conflict was thus inevitable and on July 19th, 1854 (a year before the strike) out-of-control mobs set fire to several factories in Barcelona. 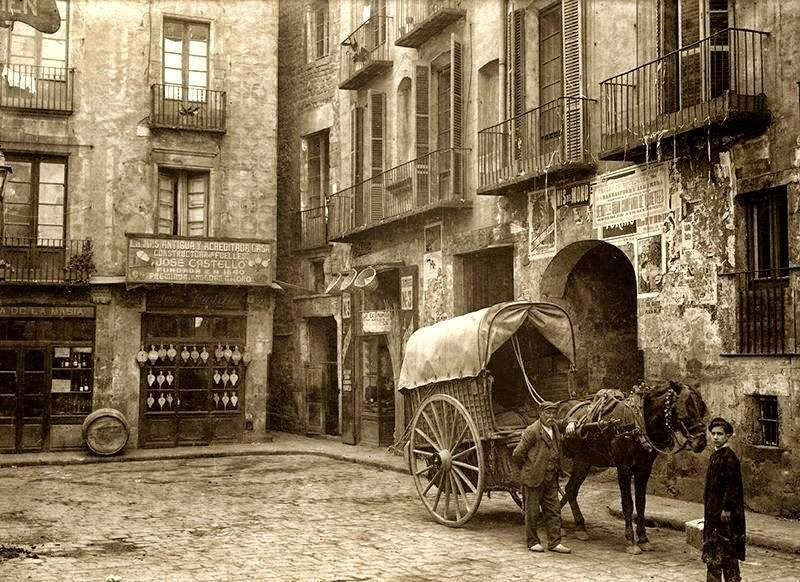 Naturally, these initial excesses did not just remain as just a scare. The authorities decreed a series of prison sentences and deportations as a deterrent for others, but this only helped feed the escalation of tension: the spinners united with the weavers and declared a textile strike that brought the industry to a halt for three weeks. On August 8th, 1854, Catalonia’s Captain General - its senior military officer - Manuel de la Concha, and the labour organizations signed an agreement that was to bring the strike to end and begin negotiation between workers and employers, in exchange for granting pardons to the condemned workers. That agreement would acquire a symbolic value of great significance: it was the first time in the history of Catalonia, and of Spain, that government authorities accepted the representative role of workers' associations. Through that key event, the figure of labour leader Josep Barceló i Cassadó (born in Mataró in 1824) acquired a larger-than-life dimension that the political and economic powers never knew how to interpret. 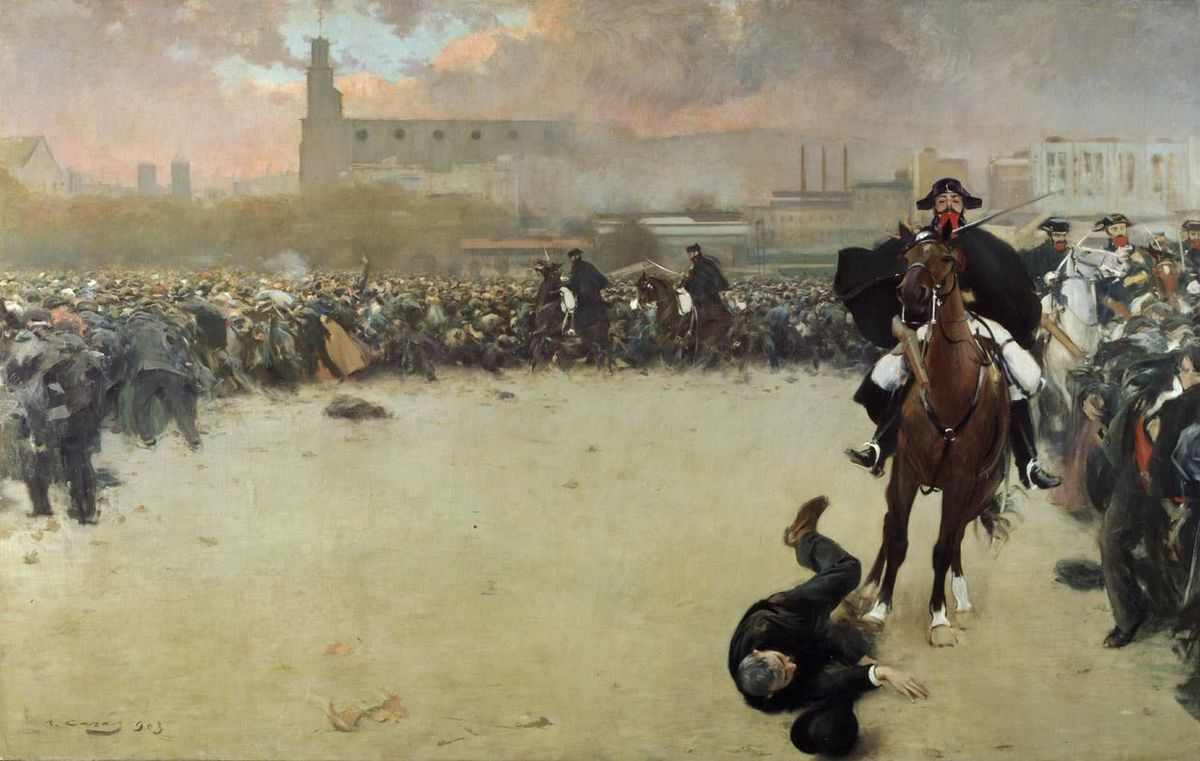 In May 1855, the Spanish government delivered a severe blow and lifted the interim ban that had been placed on the new spinning machines. The workers interpreted it as a betrayal and considered negotiations to have been broken. The new Captain General of Catalonia, Juan Zapatero Navas - a soldier persecuted for a series of shadowy crimes committed in Spain’s Carlist wars - responded with the arrest of the labour leaders and the illegalization of workers’ associations, cultural groups and mutual societies. Shortly afterwards, on June 6th, he ordered the execution of Josep Barceló. The death of Barceló and the deportation to Cuba of 70 leaders of the workers led to a state of revolt that would culminate in the declaration of a strike on July 2nd, which was followed by all industrial sectors. Zapatero simply turned on the repression switch, and gave himself over to unlimited violence: on July 9th, his forces occupied the large industrial centres militarily with terrifying brutality and ordered mass arrests. The strike was crushed. But in spite of everything, he had not prevented the country from grinding to a halt - and that was the beginning of a long path of labour struggles and conquests.