Now, the sector's non-profit trade association has released a statement on the issue. Their work involves maintaining the PASS database of testing results for pornographic actors, to help reduce the spread of STDs in the industry. In the statement they make a number of "strong" recommendations as to how the industry should response: extra tests and specific conditions on the pause in production. There's no equivalent body in Europe. 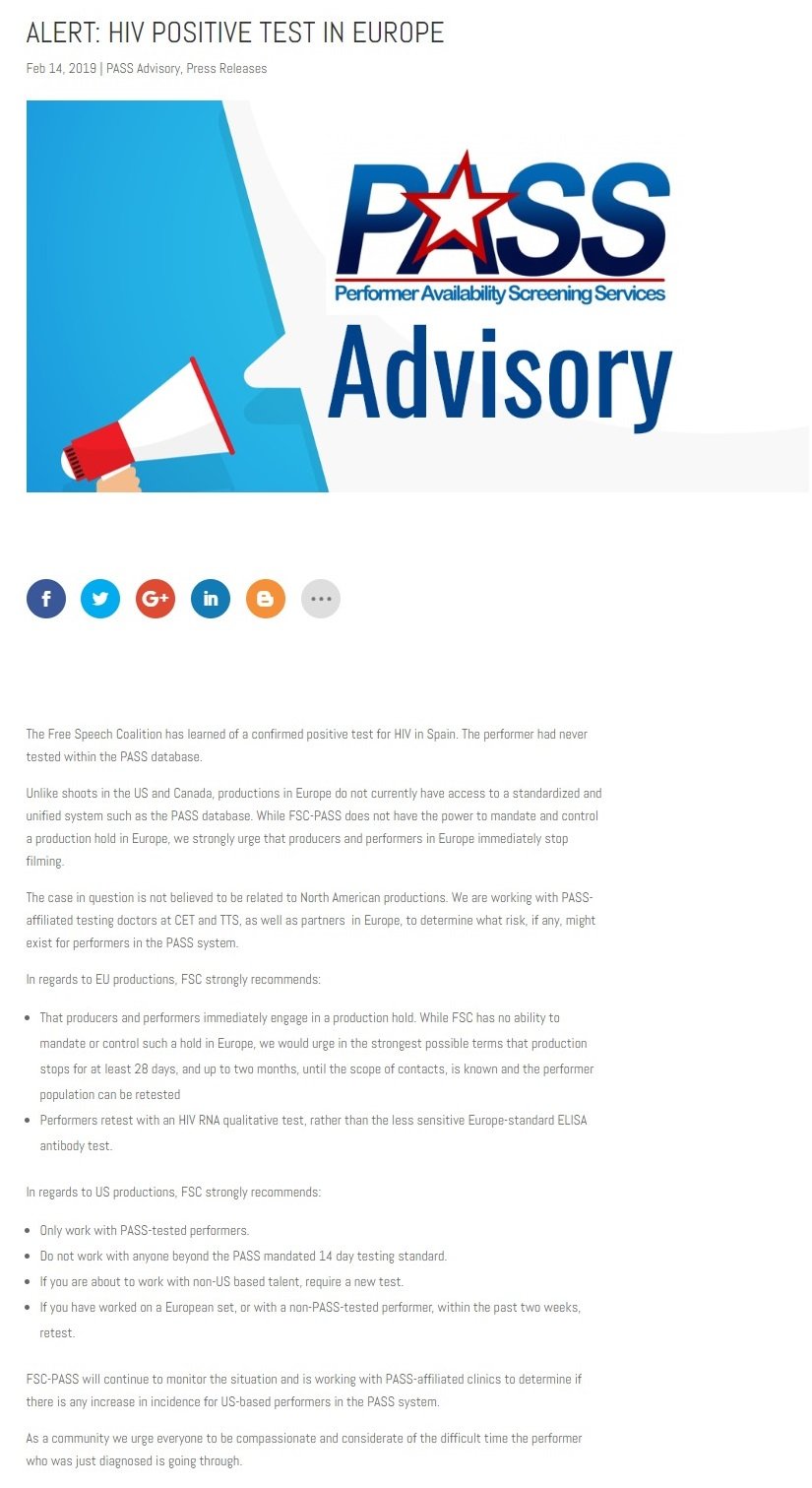