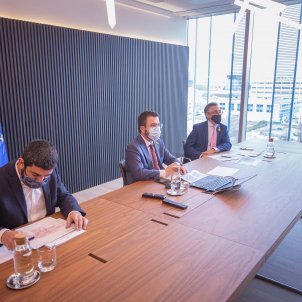 The Catalan government has this afternoon announced a direct aid plan worth 618 million euros for the first quarter of 2021 for small and medium enterprises (SMEs), the self-employed and workers on ERTO (furlough) plans, among the groups which are most affected economically by the Covid pandemic.

Translation:
"Vice president @perearagones: "We are talking about 618 million euros in aid for this first quarter. We put all the iron in the fire to save this country's economy."

The new aid plan provides for a new one-off payment for the self-employed of 2,000 euros, a repeat of the payment which freelancers received last December. The Catalan executive will also provide 2,000 euros per worker on ERTO plan for small businesses (fewer than 50 employees) which are committed to maintaining employment and have a turnover of less than 10 million euros a year, with a maximum of 30,000 euros per firm. Those affected by ERTOs who receive the lowest salaries will receive a supplement of 200 euros to the benefit provided by the state. In addition, 25 million euros will be allocated to the training of workers on ERTO plans.

"It's time to put all the iron in the fire and save the economy," said vice president Pere Aragonès. He stressed that this assistance is being covered "by the Catalan government despite the fact that it only collects 5% of taxes" and urged the Spanish administration to "make an effort" and provide direct aid.

Aid for the most affected groups

The total budget for the economic aid for the self-employed is 280 million euros for the first quarter of this year and it provides that 140,000 self-employed people can benefit. The payment for each will be 2,000 euros, the same as last December.

Micro and small businesses will be able to receive up to 2,000 euros for each worker affected by an ERTO furlough plan, with a maximum of 30,000 euros per firm, and with the condition that the company commits to maintaining employment and that they invoice less than 10 million euros a year. The total budget for this category is 208 million euros, as explained by enterprise and knowledge minister Ramon Tremosa.

In addition, the government has also established direct complementary aid for workers affected by ERTOs of 200 euros for those earning less than the Catalan minimum reference wage. The budget for these grants is 105 million euros and is able to benefit about 175,000 people, as explained by the labour minister Chakir el Homrani. In addition, the Catalan government will allocate 25 million euros to training programmes for this group.

The executive has also announced that it will maintain the lines of assistance announced for those sectors most affected by the Covid restrictions, such as the 15 million euro line of assistance for retail businesses.

Aragonès stated that "we are facing difficult months" and urged the Spanish government to assume its responsibilities and accompany the government's shock plan, with "at least" the same measures. “The state budget allows for this and it is vital,” he said.

Referring to the ERTOs of furlough plans, Aragonès stated that the payments - the responsibility of Spain's employment service, SEPE - are "not working at all well". For this reason, he said, the Catalan executive has taken this decision, "assuming responsibility" in the face of a situation in which "there are workers who have not had any income at all for two months", according to the Catalan vice president.

Labour minister el Homrani detailed that there are more than 100,000 people who "are entitled to receive a state benefit and are not receiving it" and regretted that ten months after the start of the crisis there is still a delay of three months in the payment of assistance by the Spanish state. 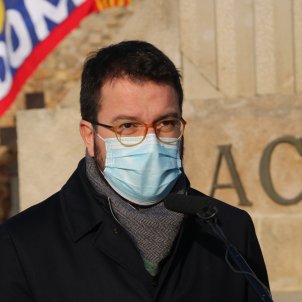 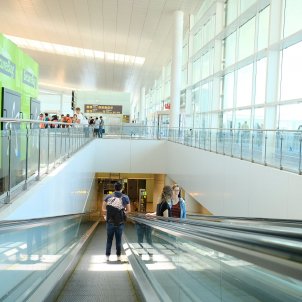