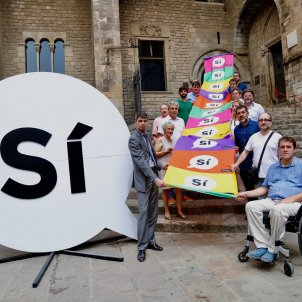 Pro-independence organisations and parties held this Thursday a joint event to present the "most important" campaign "of all those that have been carried out in recent years". Those were the words of the president of the pro-independence ANC (Catalan National Assembly), Jordi Sànchez, who called for a pluralistic "yes" campaign uniting "many voices, many colors and many accents".

Even though the presentation of the campaign was this Thursday, it will not officially start until 15 September, two weeks before the referendum on 1 October. The campaign will have three great acts and, so far, the only joint event planned is the celebration of the Catalan National Day on 11 September. On that topic of that day, Sànchez announced that more than 35,000 people -those registered so far- will take part in the events organised by the Catalan National Assembly and that they already have 700 coaches reserved to bring people from all over Catalonia to Barcelona. 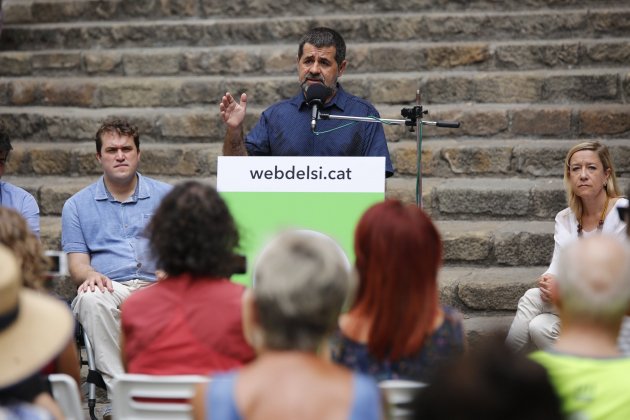 The President of the ANC, Jordi Sànchez / Photograph: Sergi Alcàzar

Independently of the large-scale events for the "yes" campaign, the organisations intend to multiply the number of "yes" banners to reach half a million around Catalonia by 11 September. Moreover, the organisations and parties have also announced the creation of a website, webdelsi.cat, where the public can register as volunteers and make donations.

"The opportunity for a referendum has been won by millions of people who have taken to the streets peacefully but firmly and now it´s time to demonstrate that firmness again", said Sànchez. The web page also includes "arguments in favor of the yes vote and the details of all the great events all around the autonomous community".

The role of the Spanish Government

During his speech, Sànchez also referred to the role of the Spanish government and defended the "yes" vote in the referendum as an opportunity for "institutions to not discriminate against the people nor jump to conclusions about their intentions", relating to the precautionary suspension by the Spanish Constitutional Court of the reform of the Catalan Parliament´s regulations approved by the Catalan Parliament last week.

Asked about the statements by the president of PSOE (Spanish Socialist Workers´ Party), Cristina Narbona, in which she recognized that the referendum would be held even though she said that would be "a count without legal validity", Sànchez commended them and assured that "only donkeys deny the evidence".

As expected, representatives of all parties and organisations attended the event. Speaking on behalf of PDeCAT (Catalan European Democratic Party), their organizational coordinator, David Bonvehí, said that "this will be the campaign of our lives". From ERC (Catalan Republican Left) was the minister Sergi Sabrià, while Quim Arrufat attended from the National Secretariat of CUP. Antoni Castellà also came as a minister from Junts pel Sí (Together for Yes) and secretary general of Demòcrates (Democrats of Catalonia).

From the related organisations were the president of the Associació de Municipis per la Independència, Neus Lloveras, and the leader of Òmnium Cultural, Jordi Bosch. There were also representatives of Moviment d'Esquerres, secessionists of the UGT, Comitè Olímpic Català, Súmate, Plataforma per la Llengua, Solidaritat Catalana per la Independència, Comitè Pro-seleccions Catalans, Drets and Cercle Català de Negocis. 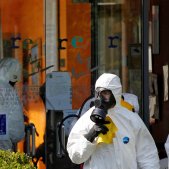 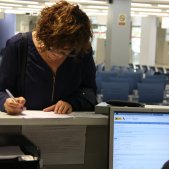