"Demonstrations, roadblocks, clashes with police ...". This is how the French newspaper Le Monde introduces the events of the last two weeks in Barcelona. In a French-language video report which documents both the latest events and the background to the crisis, it shows how a "scenario of growing tensions" has existed October 14, "when the Spanish Supreme Court sentenced nine pro-independence leaders to 'sedition' ". And it recalls that "the leaders were guilty of participating or supporting the independence referendum of October 2017, which was won by supporters of independence." 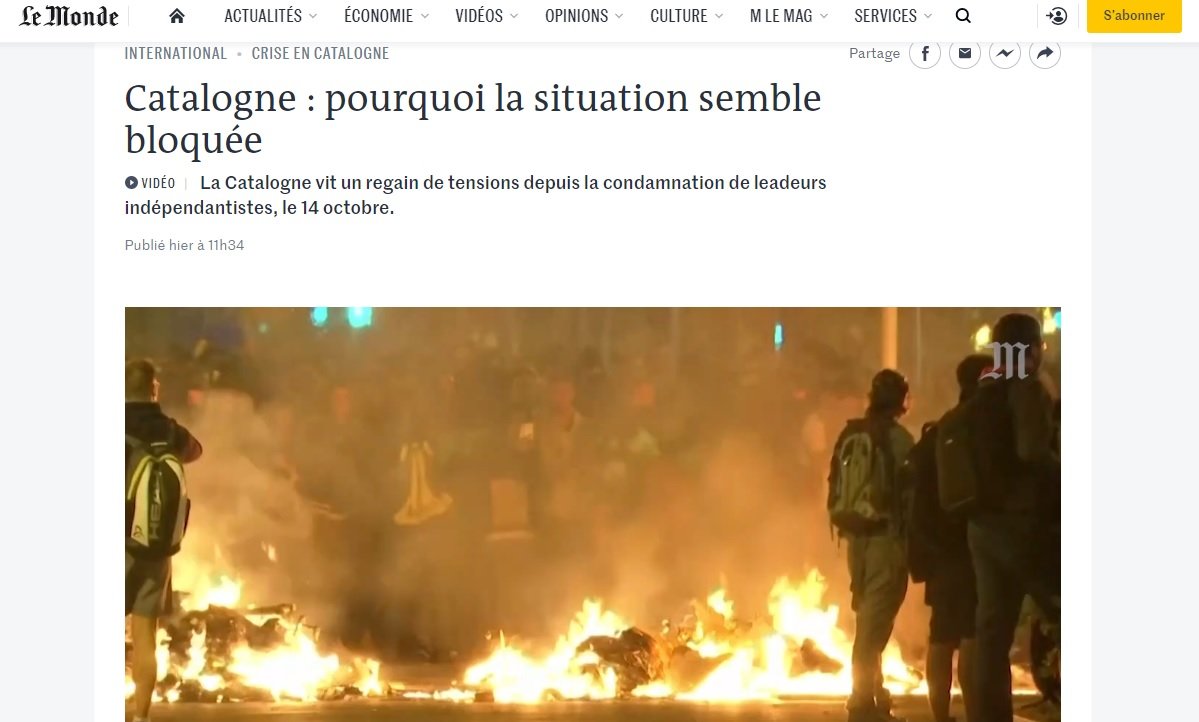 The newspaper emphasizes the fact that in the last fortnight, demonstrations have "remained calm" during the day and that it is in the evenings when "violence and clashes with the police" have taken place.

The report also talks about the Democratic Tsunami protest platform, emphasising that it is a "clandestine and mysterious" organization which is causing the intensity of the demonstrations to increase.