Catalan president Torra: "We'll only be independent if we leave together" 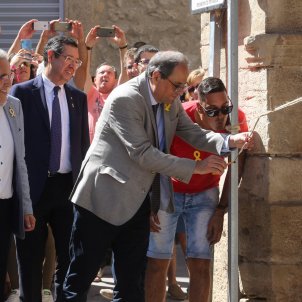 Catalan president Quim Torra has stated that the independence of Catalonia is only possible if Catalans embark on a "peaceful but unalterable" route - and do so together.

“We will only be independent if we set off together, united and convinced that the peaceful but unalterable route is what we have to embark on now."

This was the vision Torra offered on Saturday morning from the Catalan town of Juneda, near Lleída, where he was opening the municipality's new 1st October park, named in honour of last year's independence referendum. It is the first park with this name to be opened since the president came to office and which, he said, "represents what we voted for."

With just a month to go until the first anniversary of the referendum, the president declared his hope that the autumn will be one of "unity, fraternity and dialogue" but, above all, of "defence of our civil, social and national rights as a country, this is what we have to emphasize", he asserted. 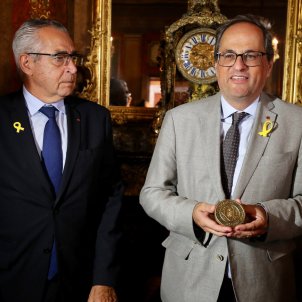 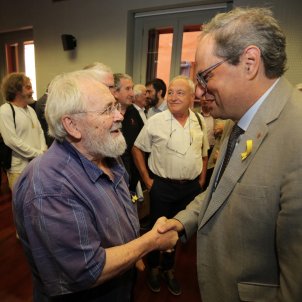