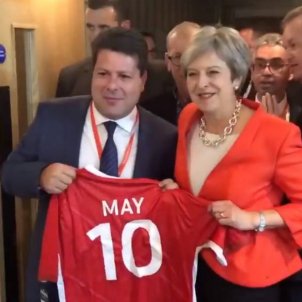 British prime minister Theresa May has sent a message which may cause Spain to see red, clarifying that the rock of Gibraltar, home to over 30,000 people, will continue to be British, as it has been since the Treaty of Utrecht in 1713.

May published the message in a tweet featuring a video in which Gibraltar's Chief Minister, Fabian Picardo, presents her with a football shirt in Gibraltar's red sporting colours. At the beginning of September, the red strip was the subject of controversy when the organisers of a World Masters Athletics event in Malaga, Spain, told Gibraltar athletes that they could not wear the Gibraltar colours, but were required to compete as "neutrals." The organisers made the ruling after alleged pressure from the Spanish government.

"Gibraltar is a vital part of the UK's past, present and future" says the British prime minister in the tweet, thanking Picardo for the shirt.

Gibraltar is a vital part of the UK's past, present and future. It was a real pleasure to speak alongside @FabianPicardo this evening - and thank you for the @GibraltarFA shirt! #CPC18 pic.twitter.com/J62gfTqwmT

Spain has historically claimed that the rock of Gibraltar is rightfully a part of the Spanish state. 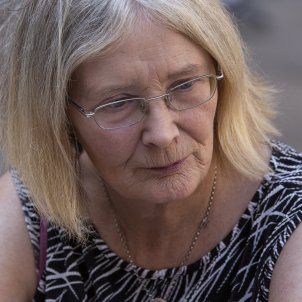 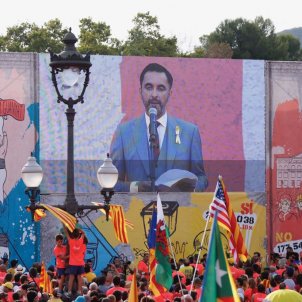