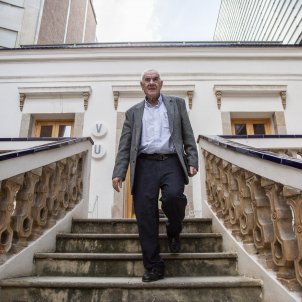 A close race. Ernest Maragall, Catalan Republican Left (ERC) candidate, is expected to win the municipal elections in Barcelona by a narrow margin from the current mayor, Ada Colau, of the Commons (BComú), and the head of the Catalan Socialist (PSC) list, Jaume Collboni. This is the result predicted with 22 days left till the elections on Sunday, May 26th, according to a Feedback survey for ElNacional.cat. The poll is based on a sample of 800 telephone interviews conducted just after the Spanish general election, between Monday, April 29th and Thursday, May 2nd.

Three political forces are fighting for hegemony at the head of the electoral race. The poll results give victory to ERC, which would double its representation in the Barcelona City Council from the current 5 councillors to 10 and 20.77% of the vote. Ada Colau's BComú, who won the 2015 elections, would be knocked back into second place with 9 councillors; they would lose 2 and pick up 19.62% of the vote. Third place would be for the PSC, who, like ERC, double the number of seats they hold, from 4 to 8, and take 18.0% of the vote.

Next comes the Ciudadanos-Valls BCN 2019 candidature, headed by Manuel Valls, who obtains 7 councillors. Thus, the former French prime minister is far from achieving his goal of becoming mayor, despite adding 2 councillors to the 5 obtained by Cs under Carina Mejías in the previous elections. They would obtain 15.85% of votes.

The political space occupied previously by the centre-right Catalanist party CiU is reduced to half its former size. The survey predicts 4 councillors for Together for Barcelona, ​​the local brand of JxCat (Together for Catalonia) headed by the jailed Catalan minister Joaquim Forn and with Elsa Artadi as number two, and 9.08% of the vote. The now-extinct CiU, headed by then-mayor Xavier Trias, won 10 councillors in 2015.

The Popular Party (PP) closes the ranking, with its candidacy led by Josep Bou, who would maintain the three current PP councillors with 6.74% of the votes. Below the 5% level and, therefore, not obtaining representation, is the CUP party, headed by Anna Saliente, who is expected to win 3.16% of the vote and would lose the 3 councillors obtained in the previous elections. The pro-independence list led by Jordi Graupera, Barcelona és Capital, doesn't win representation either, taking 3.70% of votes.

Nevertheless, the campaign effect could cause Barcelona és Capital and/or the CUP to obtain seats on the city council on election day, and this would further increase the fragmentation of the municipal electoral map. The poll detected that 28.4% of voters were undecided and, after the Spanish general election last Sunday, an increase in electoral participation is expected, reaching 72.1%.

Pacts to govern the city

With these predicted results, the party winning most votes, ERC, would need to reach agreement with at least two other lists in order to vote Ernest Maragall in as mayor with a majority of councillors - that is, 21 of the total of 41 - either through a pact with the Commons and JxCat (giving a total of 23) or with the Commons and the PSC (27). On paper, an ERC-PSC-JxCat majority could also be possible (22 councilors).

The pro-independence parties that obtain representation (ERC and JxCat) would not have a majority on their own - they would obtain 14 councillors. The unionists wouldn't get a majority either: PSC, Cs-Valls and PP would total 18. 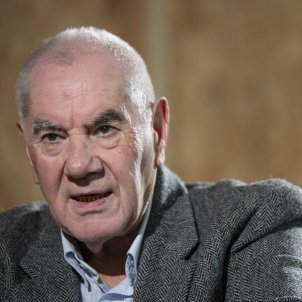 Interview Maragall: "Barcelona wants to be more than a great city – it wants to be itself” Carlota Camps