Strasbourg against Madrid: the red cards received by Spain from European justice

Igor Portu and Mattin Sarasola, the two ETA terrorists condemned for the 2006 attack on the T-4 terminal at Madrid-Barajas Airport, were arrested by Spain's Civil Guard on 6th June 2008 in Mondragon, in the Basque Country. The Spanish police officers, however, decided to carry out the arrest in their own way. Portu laid a complaint that, among other degrading actions he was subject to, the officers cuffed his hand behind his back until they reached the bank of a river, whereupon they proceeded to kick and punch him in the stomach and ribs; they then held his head under water several times. Portu's accomplice Sarasola had a gun placed to his head, which the officers threatened to use to do “the same as was done to M.Z." - a reference to Mikel Zabalza, murdered by the Civil Guard in 1985. The aggressions against the pair continued for the whole of their journey to Madrid and, also, during the time they were held in solitary confinement in prison, a jail measure that allows improper actions to easily go unpunished.

All of the above was endorsed by the latest condemnatory sentence given by the European Court of Human Rights (ECHR) against the Spanish state, made public last Tuesday. The evidence was also supported by the several medical reports that were made on the Basque pair. Portu needed medical assistance for 27 days; in the case of Sarasola, for 14 days. The Strasbourg court considered that the injuries were “sufficiently established” to be classified as “inhuman and degrading treatment”. Three of the seven judges issued a separate opinion, even harsher, saying that the term “torture” could be validly used in this case.

In 2010, a provincial court in the Basque Country sentenced four agents of the Civil Guard to prison for several “offences of severe torture” relating to this case. However, a year later, the Supreme Court absolved them. This is what opened the path to Strasbourg, where appeals can only be taken after having exhausted all the options within a state. And the ECHR has - once again - ruled against the Spanish state and in favour of those who brought the appeal.

In the last three years, the Spanish state has been condemned on 19 occasions by the Strasbourg court for having breached the European Convention on Human Rights: twice in 2015, twelve times in 2016 and five times last year. The rulings affect all sorts of areas, from failure to investigate complaints of torture through to the illegal and immediate repatriation of undocumented immigrants arriving in the country, and also including prohibition of politicians from holding office. The court still has 168 cases against the Spanish state pending a hearing. 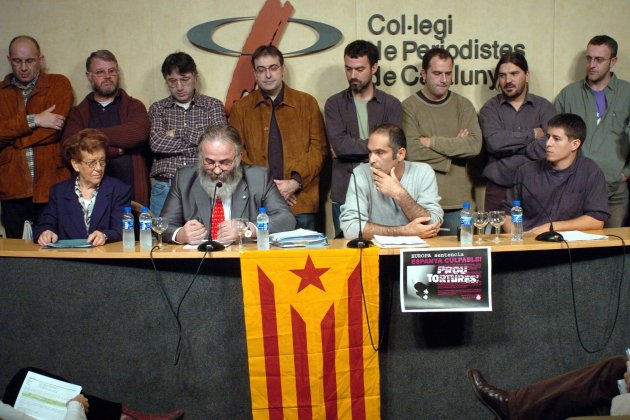 The enormous dossier on torture

Torture is one of the areas that has led to the most condemnations of the Spanish state by the European court. Prior to the case of Sarasola and Portu, there had been nine European sentences against the Spanish authorities for torture and ill-treatment or for the failure to investigate complaints of torture (also punished by article 3 of the Convention). The first such case was in 2014, relating to the case of 15 pro-independence Catalans, who were arrested as part of "Operation Garzón", carried out just before the 1992 Barcelona Olympic Games.

The persons arrested in that operation led by judge Baltasar Garzón - presumably targeting the Catalan group Terra Lliure - had denounced tortures to the Spanish judge, ranging from beatings through to the "bag over the head" and "dunking in a bathtub" methods. Even though Garzón repeatedly said that "of the persons who appeared before me, none made complaints of torture", the reality is very different. The journalist Sònia Bagudanch has published in the book Et presento el jutge Garzón (in Catalan, published by Editions Saldonar) the statements made by ten of those arrested, signed by the judge himself. And Strasbourg condemned him for not having investigated the claims.

The other cases are related to complaints by Basque and Navarrese citizens in the war against terrorism, except for the case of a Nigerian woman, arrested in Mallorca while working as a prostitute, who was then ill-treated in the street. The Basque and Navarrese cases were persons arrested and accused of terrorism-related crimes and held in prison under solitary confinement, who denounced that they had been tortured and ill-treated: Mikel San Argimiro (2012), Aritz Beristain (2011), Martxelo Otamendi (2012), Beatriz Etxebarria (2014), Oihan Ataun (2014), Patxi Arratibel (2015) and Xabier Beortegui (2016). Europe condemned Spain for its failure to investigate them. There have been seven of these cases since 2010 and a total of ten since Spain signed the European Convention on Human Rights.

As well, the United Nations' Committee against Torture has twice condemned the Spanish state, in 1992 and in 2005. And bodies like Amnesty International have made several warnings about the country's use of solitary confinement. The Basque Criminology Institute, in a study carried out at the request of the Basque government, was able to document more than 4,000 cases of torture in the Basque Country alone. The instances went way beyond presumed members of ETA.

The Atutxa case and its parallels

However, one of the most important setbacks for Spain in Strasbourg was when the ECHR ruled in favour of the ex-speaker of the Basque Parliament, Juan María Atutxa, and two members of that parliament's board, Gorka Knörr and Kontxi Bilbao. According to the European court, the three Basque politicians - banned from holding office for not having dissolved the parliamentary group Sozialista Abertzaleak after the illegalization of Batasuna for its links with ETA - did not receive a fair trial.

According to article 6 of the European Convention on Human Rights, anyone accused of a crime “is entitled to a fair and public hearing within a reasonable time by an independent and impartial tribunal”. Atutxa and the other two members of the board, according to the ECHR, were deprived of the right to contest the accusations made against them, since they were condemned by the Spanish Supreme Court without any opportunity being given for the facts to be examined by a lower court. The state was required to pay a symbolic fine and to cover the court costs. 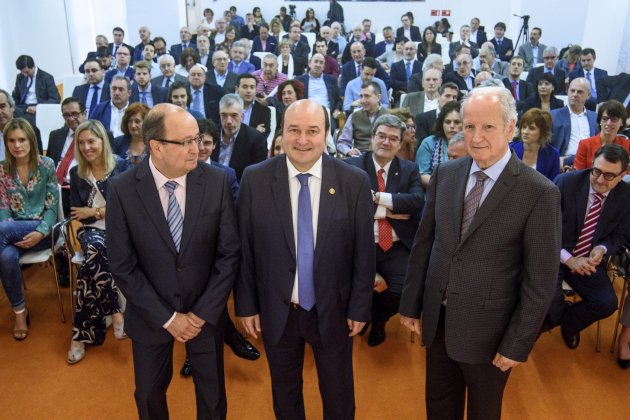 The sentence against the retroactive application of the Parot doctrine was a major setback for the Spanish state and caused a great deal of controversy. From the year 2006 on, in Spain it had been possible for criminals convicted of multiple offences to be made to serve the whole of their sentences, since prison benefits that reduced the time to be served were applied on the cumulative total of prison time in their sentences, and not on the legal maximum of 30 years of prison. Before 2006, sentence reductions for good behaviour had been subtracted from the 30 year maximum.

In 2013, however, the ECHR ruled in favour of the ETA member Inés del Río in her appeal against this doctrine that had forced her to stay in prison. Del Río, imprisoned in 1987, should have been able to go free in July 2008, but the application of this doctrine - applied after her original sentencing - required her to remain behind bars until 2017, when her 30 year sentence would have been completed.

Lawyers for Del Río took the matter to Strasbourg and, finally, in 2013 the ECHR ruled in her favour, stating that the practice applied was a breach of the European Convention on Human Rights. The Parot doctrine had been applied to Del Río retroactively, since when she was condemned - in 1987- this doctrine did not exist. Because of that, Strasburg ruled that Spain had to free her immediately. It was already five years since she should have been released.

Del Río was not the only prisoner affected by this ruling. The repeal of the Parot doctrine opened the door for the liberation of sixty members of ETA.

These are not, however, the only blows against the Spanish state struck by the court in Strasbourg. The ECHR has ruled against Spain on multiple occasions, from declaring the illegality of instant repatriations of immigrants who cross from Morocco to the Spanish enclave of Melilla, to the irritating ruling against the Spanish justice for having not protected the honour of Mexican singer Paulina Rubio. It was, indeed, European justice that forced Spanish banks to return billions of euros charged to millions of Spanish mortgage holders through illegal "floor rates" in their contracts; and it was also the Strasbourg court that condemned the state for giving special property registration privileges to the Catholic church.

Tortures, the Atutxa case, the controversial rejection of the Parot doctrine... Spain has been shown up on many occasions by the European courts, which have become the last hope in many cases when multiple appeals within the Spanish justice system have all led nowhere. In fact, this is also the path which the Catalan political prisoners want to take, having been jailed for over a hundred days as a result of the 1st October and the declaration of independence. In European justice, they see their last hope for freedom, for a way of avoiding long years of prison under accusations of rebellion and sedition.