After days under the spotlight, the melodrama has finally ended. In a submission filed this Monday, Spain's State Solicitors have supported the argument that Oriol Junqueras must be given permission to carry out the formalities of becoming an MEP, before both Spain's Central Electoral Commission and the European Parliament, and to then hold parliamentary office as long as there is no court appeal to the parliament to lift his immunity. To facilitate the investiture of Pedro Sánchez as new Spanish prime minister, the Catalan party ERC called for a "gesture" from the state's legal services in relation to the decision from the EU court. It remains to be seen if the movement made is sufficient for the pro-independence party, as it also called for the annulment of the verdict in the Catalan leaders' trial. The final decision, however, remains with the Supreme Court in Madrid. The Public Prosecutors and the private prosecution conducted by Vox have both argued that Junqueras should not be allowed to leave jail.

The State Solicitors' report, signed by its representative in the leaders' trial, Rosa María Seoane, asserts that ERC leader Junqueras "should be allowed" to travel both to the Central Electoral Commission and the seat of the European Parliament "to carry out the necessary formalities" to acquire the status of MEP. Similarly, the state's legal services request that the Supreme Court "enable him to exercise his representative duties as long as he retains his status of a member of the European chamber". Finally, it urges the judges to ask the European Parliament for the "suspension of his immunity" as soon as possible.

Thus, the state lawyers are asking the Supreme Court to take whatever measures it deems appropriate to guarantee Junqueras' "parliamentary mission" while at the same time arguing he must serve the sentence imposed by the trial verdict. They continue to regard the sentence as "valid" because it was pronounced "with strict observance of the criminal procedure". ERC, by contrast, has called for the annulment of last October's verdict.

The submission also notes that the Supreme Court, in several resolutions, has "admitted that Junqueras could continue to be protected by some level of immunity if the European court recognized it," even if his status changed from a prisoner in pre-trial detention to a convicted criminal.

Thus, the scenario of a new Spanish government being invested before the January 6th Dia de Reis holiday is plausible. This is in the hands of the speaker of Congress, Meritxell Batet, who could convene the debate today for January 2nd, 3rd and 5th. ERC has warned it will not hold its National Council meeting before the end of the year. So under this scenario, they would have to hold the meeting with the investiture debate already underway. The Basque Nationalist Party has already announced its accord with the PSOE while the pro-independence Basque group Bildu has also proposed abstaining, subject to a consultation with party members.

The report, however, has its fine print: the State Solicitors argue that conditional aspects remain because the Central Electoral Commission has not made a decision on the incompatibility of the conviction with the status of an MEP. Seoane stresses that the commission is "the competent body to resolve all matters related to the proclamation of candidates for European election" and that it "has not ruled on the incompatibility of Junqueras' sentence with his status as an elected MEP". Just last week, the Popular Party filed an appeal with the commission in this regard, which could be considered at its meeting this Friday. It has the option of resolving the appeal or passing the issue on to the Supreme Court.

Not just his MEP formalities

In their argument, the lawyers argue that, according to the European Court of Justice, the effects of immunity "should not be limited just to allowing travel to the European Parliament to take office, but rather, the immunity recognized has the express purpose of enabling members of the European Parliament to carry out their mission." Accordingly, the State Solicitors leave it in the hands of the Spanish judges to decide how these two premises can be fulfilled.

Concluding its lengthy consideration, the Spanish state's legal services emphasize that the EU court sentence is "innovative and complex" because it establishes new doctrine regarding parliamentary immunity. In this respect, they recall that "European law is part of the legal systems of EU Member States, which are obliged to respect it as it has priority over national rights". The submission does, however, note that the Supreme Court's presentation of the preliminary question to the Luxembourg court was "a successful exercise" on the part of the Spanish judges. 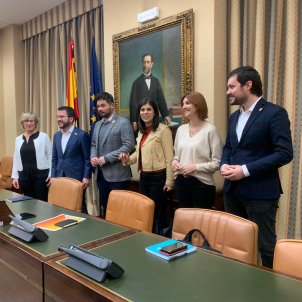 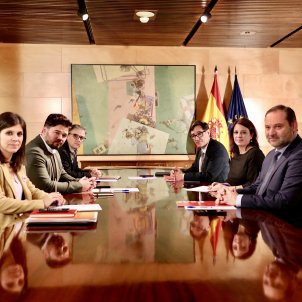 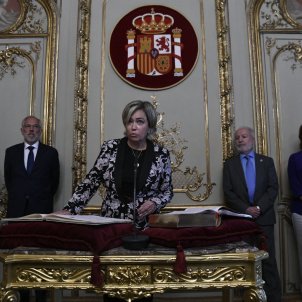