How does a Spanish general election work?

Spain is about to hold its fourth general election in four years. 20th December 2015, 26th June 2016, 28th April 2019 and now 10th November 2019. After the Christmas 2015 election, talks to form a government failed and a repeat was called. That second go let Mariano Rajoy return as prime minister, but his government would fall following a number of corruption scandals, then the replacement under Pedro Sánchez would fall within a year when he failed to pass a budget. That led to April's election, after which, once again, Pedro Sánchez failed to get the support to be invested as prime minister.

So it's election time again, with surveys suggesting the post-election arithmetic will again prove complex. But how do elections work in Spain? Here's everything you need to know. 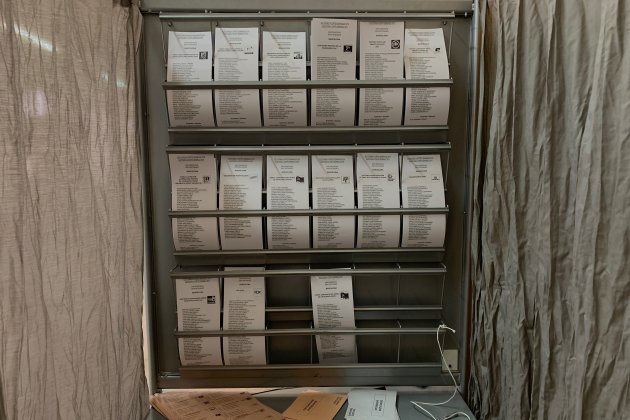 Any Spanish citizen over 18 years of age can vote, whether they are resident in Spain or abroad, as long as they are registered on the relevant electoral roll and haven't had their right to vote revoked by a court. Although foreigners in Spain can vote, for example, in municipal elections, they cannot in general elections.

Similarly, almost any adult Spaniard can stand as a candidate. Reasons for ineligibility include actively working in certain jobs, for example as a judge, public prosecutor, soldier or police officer, anyone serving a prison term with no appeals left, and anyone banned from standing by a court order.

In theory, Spain holds a general election every four years; in practice, none of the last three legislatures have lasted that long, and early votes have been called. LOREG, the law governing election procedure, says elections will be held on the 54th day after they are announced in BOE (the Official State Gazette). Since 1986, they have always been held on Sundays.

The formal election campaign runs for 15 days. A 2016 reform means that, in the case of a repeat election when a legislature has failed to invest a prime minister, the campaign is reduced to 8 days, and the overall election period to 47 days. This procedure is being used for the first time in this second election of 2019. 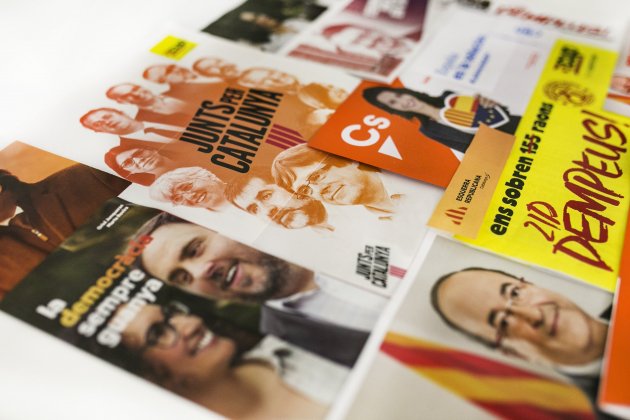 No voting intention survey may be published in Spain in the five days prior to voting, although papers often find creative ways around this restriction. For example, especially in the age of the internet, polls can be published in the media in other countries. The day immediately prior to the election is known as the "day of reflection". During that day, no election advertising can be broadcast, nor can any campaign rallies be held, the theory being it allows the public to consider their vote without any direct pressure.

The Spanish Congress currently has 350 members. The autonomous cities of Ceuta and Melilla elect one representative each. The other 50 provinces act as multi-member constituencies. Each starts with two seats, the remaining 248 are then shared out proportionally based on population. This means that, for example, in Catalonia this election, Lleida will elect to 4 seats, Girona and Tarragona to 6 each, and Barcelona to 32. 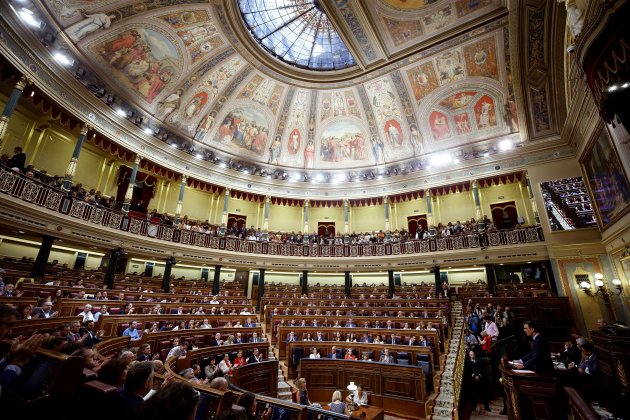 In each province, parties or groups standing for election provide an ordered list of candidates for the seats. Voters cast their ballot for one of these lists. Once the votes have been counted up, the seats are distributed based on the D'Hondt method. First, any lists which didn't win at least 3% of the vote are discounted.

Then, the parties' total votes are put in the first column of a grid. In the second column go those totals divided by two, in the third, the totals divided by three, and so on. The seats are then distributed from the largest number in the grid, followed by the second largest and on until they're all allocated. An example: imagine three parties stand in a province and get, respectively, 100,000, 60,000 and 45,000 seats. The grid we obtain is the following:

As for the upper house, there are two types of senator. 57 are nominated by the parliaments of the autonomous communities, starting with one each then another for each million people that live in their territory. In April, this meant the Senate actually reduced from 266 to 265 members in total, as the population of the Valencian Community had shrunk.

The remaining 208 members of the Senate are directly elected by voters. There are four for every province on the Iberian peninsula, plus varying numbers each for Ceuta, Melilla and the islands making up the Balearic and Canary Islands. 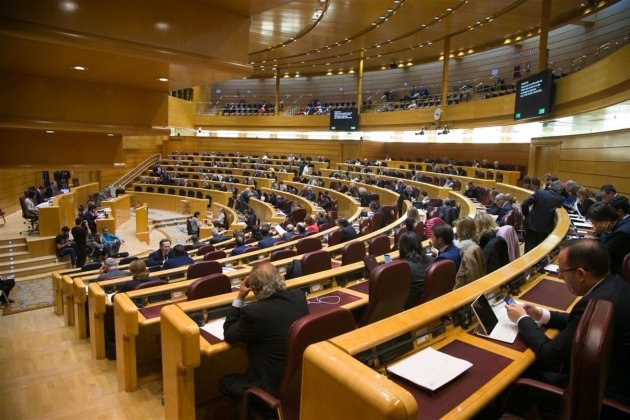 Like for Congress, parties provide lists of candidates for the Senate, the same number as seats available in each constituency. Other than on the islands that only elect one senator anyway, voters choose one fewer candidate than the number of senators in their area. In other words, in the peninsular provinces, they can choose up to three names. Although listed by parties, the candidates are considered to be individuals, so voters can vote for members of more than one party, and candidates whose names appear anywhere on the list for the individual party. So, in theory, if someone wanted to vote for the people that three different parties had listed at number four, they are free to do so. The votes are counted for each individual, those who receive the most votes are elected.