Health minister Salvador Illa, in the eye of the Spanish coronavirus storm 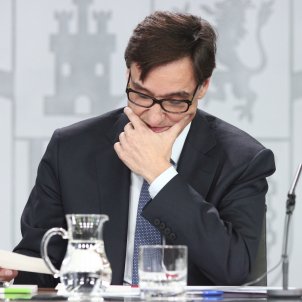 "I try to be a decent minister, but I'm not a doctor. You've known this from day one." This was the eloquent phrase that the Spanish health minister delivered during his appearance on Thursday in the Spanish Congress to report on the management of the coronavirus crisis. Salvador Illa has been in the eye of the hurricane since the pandemic disembarked in Spain. The disaster of Spain's faulty purchase of rapid Covid-19s test units from an unlicenced Chinese company has been a blow to his authority.

Pedro Sánchez reserved a place in his cabinet for Illa, right hand man of Catalan Socialist leader Miquel Iceta, and an indispensable part in the negotiations with the pro-independence ERC party which enabled the Socialist government to form. He did so in anticipation of being able to designate him as the interlocutor with Catalonia in the dialogue between governments. Although Illa is a philosopher and has no experience in the field, the prime minister assigned him to the health portfolio, one of those Spanish cabinet jobs that tends to be regarded as a doddle. This is because for decades, the political competencies for health in the Spanish state have been in the hands of the country's autonomous communities - a regionally, not nationally-based system. The advent of a global pandemic of the dimensions of coronavirus was not part of the plans. And it has turned everything upside down.

With the introduction of its state of alarm, the Spanish government assumed the sole command of health. And given the way things are going, there are many autonomous communities that disagree with this decision and consider it an obstacle that all operations have been centralized to the ministry in Madrid. The tension began with the confusion regarding distribution of supplies. Many territories accuse the ministry of having left them empty-handed. And now, the disaster of the rapid Covid-19 tests which are yielding false negatives.

"The market has gone mad," said Illa during his explanation of this operation. The fact that every country in the world is trying to buy the same products complicates the acquisition of the material urgently needed and demanded by healthcare professionals. The order from a company which, according to the Chinese government, is not licenced to operate, was before the much large purchase authorized later from other suppliers, claimed the minister on Thursday. He stated that the purchase had an EU quality guarantee and certification but that once the test units were analyzed, they did not pass the required minimum quality level.

As the ministry said initially, this was all about a batch of 9,000 tests. Today, however, Salvador Illa acknowledged that those 9,000 were the first to arrive, but that 650,000 more had been bought from the same company and all have now been returned. This means that Spain will have to wait still longer to be able to receive and activate rapid coronavirus tests, an essential action in order to be able to measure the true extent of Covid-19 expansion. The minister tried to give assurances, that several suppliers have been lined up and that 5 million rapid tests will arrive soon. However, he preferred not to put a specific date on their arrival.

Given the situation, one of the decisions taken by the Sánchez government is to hand the treasury ministry the control and management of material purchases, in coordination with health. During a press appearance next to Illa, María Jesús Montero confirmed that she is "collaborating" with the health portfolio holder. 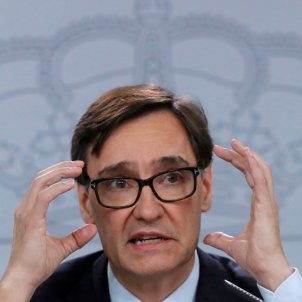 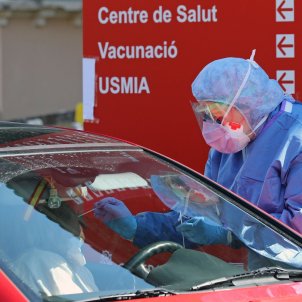