Catalonia's "silent majority" was not what the unionist parties expected 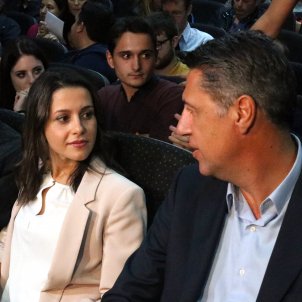 The story was that a silent majority had been dominated by a minority who controlled Catalonia's government institutions and had steered the country to a declaration of independence. And because of that, Spanish prime minister Mariano Rajoy had been forced to call elections, "to give the citizens back their voice" and to choose a Catalan government that would change course radically. And the Spanish PM had set a date for the Catalan vote which brought the election forward as much as possible. But there was a basic problem with the narrative: the starting point was wrong.

And the results are what they are. The victory of Inés Arrimadas is worthless. Although the leader of the Citizens (Cs) party proclaims that the majority of the country has expressed a will for change via the ballot box, and that Rajoy has said she is his first point of contact after the elections, the reality is that she cannot form any kind of "alternative majority to the pro-independence block". The only possible alliance is the one consisting of the three independence parties. Cs have been blaming an “unfair” electoral law for this situation - giving votes in Barcelona less value than those in the three smaller Catalan provinces - but the reality is that even if the system were fully proportional, Cs would lose two seats from their current total, so the arithmetic would not work out for them that way either.

Even though Cs managed to be the largest party in both votes and seats and can proclaim that they won the elections, the reality is that, overall, the block in favour of the Catalan republic prevailed in votes as well as in seats. Together for Catalonia (JxCAT), Catalan Republican Left (ERC) and the Popular Unity Candidature (CUP) collectively reached the sum of 70 seats and 2.06 million votes (100,000 more than in the 2015 election), while Cs and their unionist allies the Catalan Socialists (PSC) and the Popular Party (PP) won 57 seats and 1.89 million votes altogether. The pro-indy parties beat the pro-Spain parties by 13 seats and 174,000 votes.

If the unionist block was able to achieve the results that it did, rising from 39.11% in 2015 to 43.49% in this election, it has been especially due to the votes received along the coastal strips of Barcelona and Tarragona provinces (with the Vall d'Aran in the Pyrenees as the exception), the two Catalan electoral districts with the highest populations.

Another of the assumptions which the unionist block built its hopes on was that of the high level of mobilization among pro-Spain voters - after the massive demonstrations organised by the pressure group Catalan Civil Society  - in contrast to the lack of enthusiasm from the independence parties' voters, who considered that it was illegitimate for Rajoy to call elections after taking control of Catalonia under article 155 of the Spanish constitution.

This theory has also been partially disproven. The turnout in these elections, once again historic - rising from 2015's then-record figure of 74.95% to a new high of 81.94% - meant that this time an extra 230,000 votes were cast. Even though it is usually said that abstention in the Catalan elections is mostly unionist, 105,000 of these new voters opted for pro-independence candidatures. In fact, on 21st December almost 20,000 more people voted for independence parties than voted "Sí" in the referendum on 1st October. To a greater or lesser degree, both blocks responded to the call to vote and mobilized.

The independence movement maintained the 47% of the vote it achieved on 27th September 2015 and preserved its absolute majority in spite of losing two seats. Unionism, however, has grown in votes (from 39.11% to 43.49%) as well as in seats (from 52 to 57). However, it has not achieved this at the expense of the pro-indy forces, but rather thanks to the abstentionists who it managed to mobilize, and also at the expense of the "Commons" - Catalonia in Common-Podem - who lost three seats with respect to their former electoral brand, Catalonia Yes We Can, falling from eleven to eight MPs.

If Ciutadans reached the finishing line in first position it is due to two factors. In the first place, due to the division of the independence vote into three separate lists, unlike the elections of 2015, when there were two. In second place, and more importantly, due to the theory of "communicating vessels" within the same block: any vote won by a unionist party, had been lost by another. In the middle of Inés Arrimadas's election night speech, her party went from 36 to 37 seats, which generated a moment of euphoria. However, the seat that had been narrowly won had belonged to Alejandro Fernández, of the PP in Tarragona [and now with postal votes counted, it has in fact come back to the PP].

Cs have gained twelve seats with respect to the past legislature in particular at the expense of the PP, which lost eight. The Catalan candidature of the PP's Xavier García Albiol - and indeed, of the Spanish government itself, which called these elections under article 155 -  has led to the worst result in the party's history in Catalonia. With the final count pending, they had only their three MPs in Barcelona, with fewer votes and seats than the CUP, with whom they will have to share a "Mixed Group" in the face of the impossibility of forming their own parliamentary group (which requires a minimum of five MPs in the Catalan Parliament).

In fact, this large-scale transfer of votes within the same "155" block has already provoked reproaches among the parties involved. The very day after the election, Xavier García Albiol regretted that "the most serious issue is the pro-independence majority in Parliament" and said "the results would be different today if there had not been this obstinacy from Cs and company to destroy the PP in order to win, instead of working to combine our totals." On the Cs side, regrets have been voiced that the "old bipartisan parties" - that is, the PP and the Socialists - have achieved poor results, and it has been suggested to Albiol that he should focus on managing his much-reduced parliamentary group. 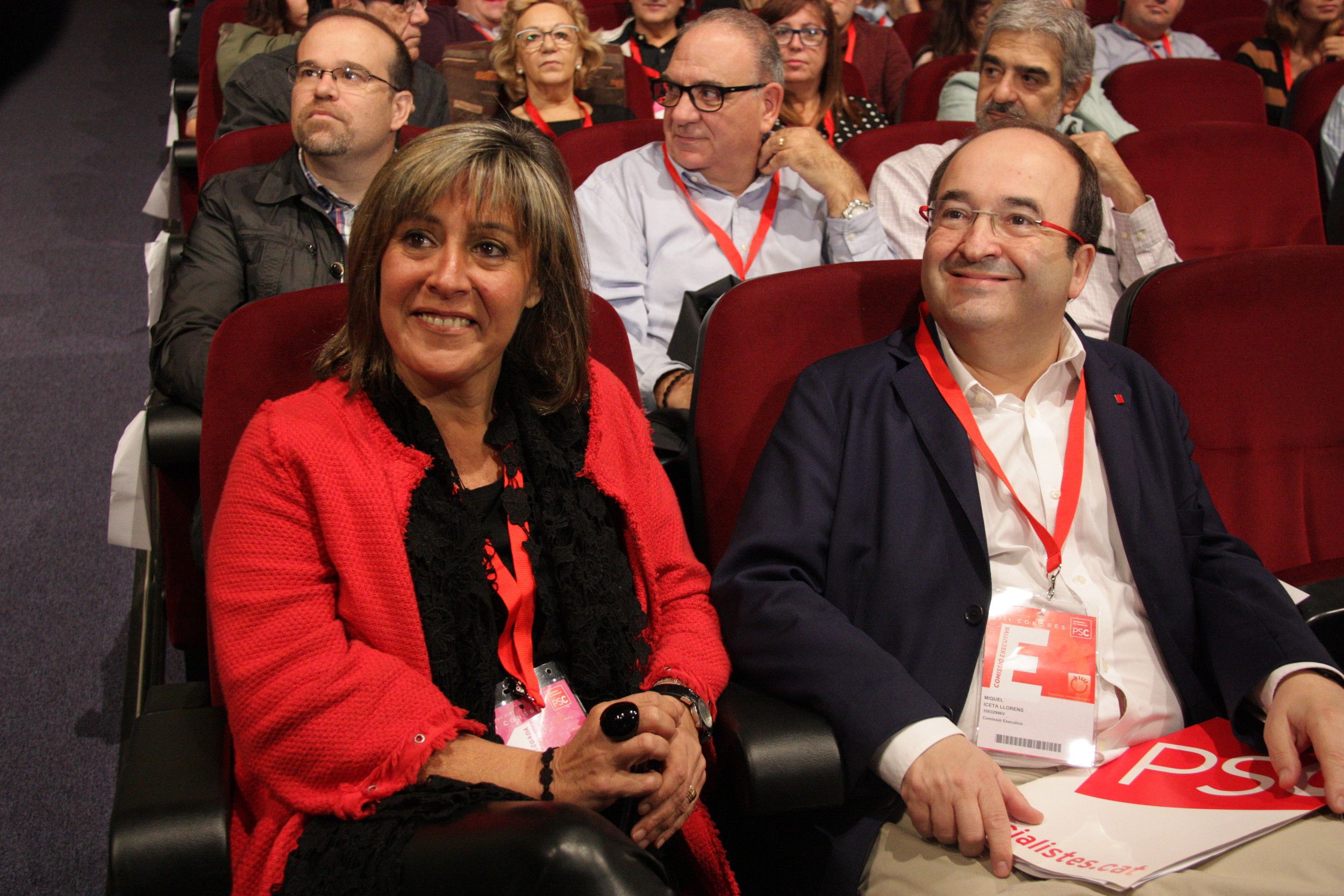 Meanwhile, the PSC has seen its expectations frustrated. Although at the beginning of the campaign many surveys placed it above 20 seats and close to the three leaders, in the end the Socialists had to resign themselves to an increase of just one MP, rising from 16 to 17 seats. The PSC has also had to watch as the Barcelona metropolitan area, its historical fiefdom where it runs the largest town halls, swung even further towards the Cs.

But the Citizens party has not only consolidated its strength in the metropolitan area, where it first made an impact in the 2015 elections, but also in much of the country has become the only viable alternative option to the independence movement.

In votes, there is neither a pro-independence nor a unionist majority, but the elections have made one clear majority consensus visible: opposition to the application of article 155. As well as JxC, Esquerra and the CUP, it is necessary to include the Commons in this block, after the alternative left group went as far as to present an appeal on the unconstitutionality of the exceptional powers adopted by the Spanish government. In spite of the Commons' own losses, the overall anti-155 block adds up to a total of 2.39 million votes, 54.94% of all those who cast ballots. In Parliament, this will translate to 78 of the 135 seats.

Rajoy has now played his "election" card in Catalonia. He called the vote under article 155 to try to force an alternative majority which would remove the independence movement from power. With a new record for voter turnout, the result for the Spanish PM is a renewed indy majority, a clear rejection of the suspension of Catalonia's government institutions and his own party now reduced to residual levels in Catalonia, behind even the "radicals" of the CUP, with whom it will share the parliamentary Mixed Group. 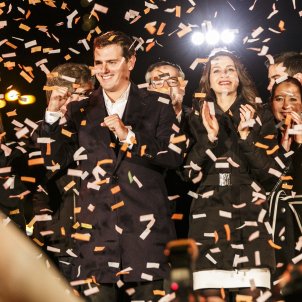