Pro-independence Catalan political parties Together for Catalonia (JxCat) and Catalan Republican Left (ERC) will keep the seats of Carles Puigdemont, Toni Comín and Oriol Junqueras vacant as they await the questions affecting the three MEPs, elected but unable to take their parliamentary places, to be considered in the European courts. As sources in both parties told the Catalan News Agency (ACN), at present they are not considering any scenario which would involved designating a substitute for the three Catalans, the first two of whom are in exile, while Junqueras remains in preventive prison.

JxCat party sources say they are "convinced" that the three will finally be recognized as MEPs "which is what people voted for" and they await the ruling from the EU Court of Justice on the case filed by Puigdemont and Comín. For their part, ERC confirms that the seat of party leader Junqueras will remain empty and "they'll fight" for him to be able to occupy it.

European justice also has to make a decision on the ERC leader's case with regard to the preliminary question raised by Spain's Supreme Court about his parliamentary immunity as an MEP. As fellow Catalan MEP Diana Riba has put it, if immunity is subject to the completion of internal national procedures, any State "could simply undermine the effectiveness of the regulations that allow European parliamentarians to attend parliamentary sessions and carry out their functions."

European Parliament sources assure ACN that, under Spanish legislation, if the parties opt to designate substitutes for the three politicians, their places then are definitively awarded to the next names on the party electoral list, and they could not be re-admitted in the future.

At present, the European Parliament has 747 MEPs, instead of 751, due to the absence of the three Catalan MEPs as well as one from Denmark, who has yet to appoint a substitute. Thus, the only MEP representing a Catalan pro-independence party at the moment is Diana Riba (ERC).

Faced with the impossibility of carrying out the bureaucratic formalities determined by Spain to take possession of their seats, despite having been elected, Puigdemont, Comín and Junqueras have presented different appeals, but both cases are now in the hands of the Court of Justice of the European Union

European law experts consulted by the ACN have coincided in the view that the Luxembourg-based court will consider the question of whether the right to political representation takes priority over the requirements which Spain has imposed for those elected by European citizens in Spain to be members of the European Parliament, requirements which include the need to personally appear before Spain's Central Electoral Commission and swear allegiance to the Spanish Constitution.

The Spanish Electoral Commission had already declared, at the end of June, that the seats of Puigdemont, Junqueras and Comín were 'vacant'. The names of the three Catalan politicians were not included in the list of "elected" MEPs delivered by the Spanish authorities to the European Parliament, which consisted of 50 names and their corresponding parties or coalition groups.

Later, the European Parliament received a second communication on the subject adding the name of Josep Borrell, who swore allegiance to the Constitution later, as he was unable to do so on the original date when MEPs were called to appear, on June 17th. 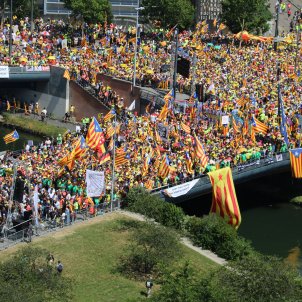 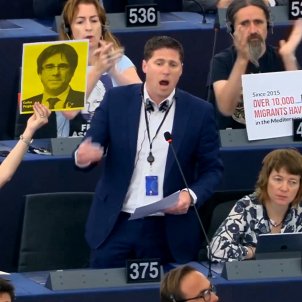 European Parliament EU Parliament told: "The credibility of this house is at stake" on Catalan MEPs issue El Nacional