A new move by Carles Puigdemont's defence team. This time in the Constitutional Court. The exiled Catalan president's defence lawyer has filed an appeal for constitutional protection to the Spanish court in which it recuses judge Cándido Conde-Pumpido on the grounds that he does not have the "essential impartiality". The reasons given are a lecture the judge gave in November 2017 in which he made clear his opinion regarding those responsible for Catalonia's 1st October referendum and the "intimate friendship" that connects him with one of the prosecutors who made the case against the Catalan leaders in the Supreme Court, Javier Zaragoza, as well as having relations with his family and links with many of the other prosecutors involved in the case.

The text prepared by the Puigdemont defence team, led by Gonzalo Boye, outlines in 61 pages the reasons that should cause the judge to withdraw from the case. First of all, it points out the position he publicly adopted in 2017 on this case via an address that places him in circumstances similar to those that have already led to the removal from the case of the judge Antonio Narváez, after being challenged. 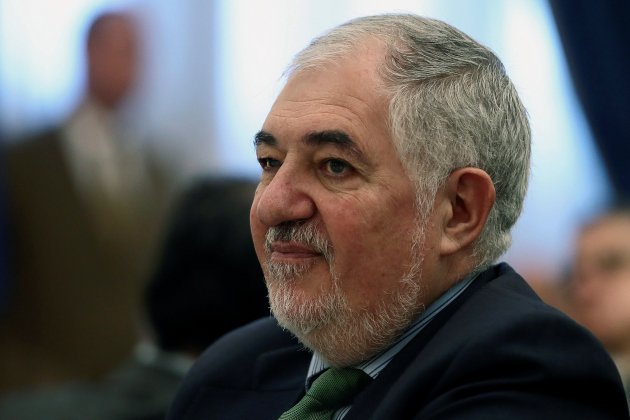 Constitutional court judge Cándido Conde-Pumpido is not impartial, according to Puigdemont / Efe's defense

In the judge's speech, delivered in Congress of Deputies a few weeks after Catalonia's 2017 referendum and the suspension of its self-government, Conde-Pumpido rejected "that democracy - in particular, direct democracy - could be invoked to overthrow the Constitution”, and he was particularly critical of the fact those responsible for waving this flag were at the head of autonomous institutions with economic resources and weapons at their disposal.

The judge also warned that the Constitutional Court itself had already used the expression "they have risen up", and claimed that in the face of this it was necessary to use the most forceful instrument available to the rule of law, which is punishment”.

His entire speech in Congress, which is included in the appeal, shows, in the opinion of the Puigdemont defence team, Conde-Pumpido's bias, as well as demonstrating that in November 2017 he had already formed a view on the criminal responsibility of the defendants.

Also included as a justification for recusal is the judge's previous role as Attorney General of the State and his relationship and "intimate friendship" with Javier Zaragoza, who acted as prosecutor in the Catalan leaders' case in the Supreme Court. It notes that these arguments have already been applied in previous cases where judges' abstention has been granted.

The text emphasizes that in his capacity as Attorney General of the State, Conde-Pumpido, "at his discretion," appointed or proposed the appointment of virtually all the prosecutors who have taken part in this case, such as Zaragoza himself, Fidel Cadena and Consuelo Madrigal, all of them signatories to the applications for the European Arrest Warrants for Puigdemont and the other Catalan exiles.

He also adds that Conde-Pumpido had given promotions to Zaragoza's wife, Elvira Tejada de la Fuente, in different areas, as well as the couple’s son, who has been appointed by this judge as a temporary lawyer for the Constitutional Court.

To highlight the links between Conde-Pumpido and Zaragoza, the text explains that in March 2016, Zaragoza sent a letter to the then Attorney General of the State, Consuelo Madrigal, informing her of his abstention from a criminal case relating to the son of Conde-Pumpido due to his "old and close personal relationship."

Finally, the Puigdemont defence submission also sees a reason for Conde-Pumpido's recusal in the defence that he gave of judge Pablo Llarena, in the suit that the defendants filed against the investigating judge in the case in Belgium. The argument cites the phone call which the judge made to the then Spanish foreign minister Josep Borrell asking for the Spanish government to pay for the defence.

Finally, the text also seeks the recusal of Conde-Pumpido for his previous status as a judge of the Supreme Court's criminal chamber, which raises another conflict of interest since a key issue in the proceedings is the competence of the criminal chamber to try the defendants, and the submission recalls that during his time in the Supreme Court he took part in the case against Catalonia's 2014 unofficial consultation on independence, closely linked to the 2017 process.

In the main image, Carles Puigdemont in the European Parliament / Efe