Puigdemont: "Negotiating with Spain must not paralyse independence"

Catalan president in exile Carles Puigdemont assures that the new proposal by Catalonia's Council for the Republic for a negotiating platform with the Spanish state "is not incompatible" with continuing to work for independence. In declarations to the press this Saturday from the Swiss city of Lugano, Puigdemont argued that calling for dialogue "must not paralyze the Catalan people's goal" of forming an independent state.

"After two years of waiting, what is happening now is that the independence movement as a whole is taking the initiative," said Puigdemont. He also gave the view that the process required unity between "civil society and a range of institutions". "Either it's done this way, or it has no chance of success," he said, adding that the role of ordinary people in the street was "fundamental."

"There is a huge consensus across Catalonia that the best way to solve any conflict is at a negotiation table. When the state's representatives believe that this is the way to solve the conflict, they will find that we have been sitting there for a long time", he affirmed. 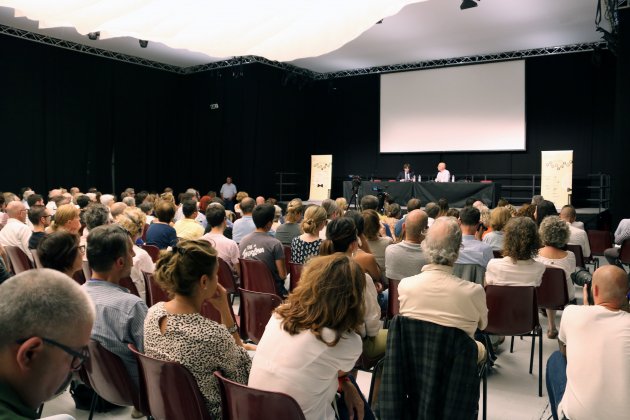 "We'll always be there, we have to give an opportunity to the negotiation table," he reiterated. However, he warned that "this must not paralyze the objective of becoming an independent state," especially if the state does not sit down to negotiate. "We must prepare everything that needs to be prepared to make a choral response, including both social and political elements," he said.

In a message directed at the Spanish government, Puigdemont said that if the state wants to "act in accordance with the standards of Western and liberal democracy, it must open up a process of dialogue, recognition and then negotiation." "We are proposing some guidelines to them so that this can be effective," he added. 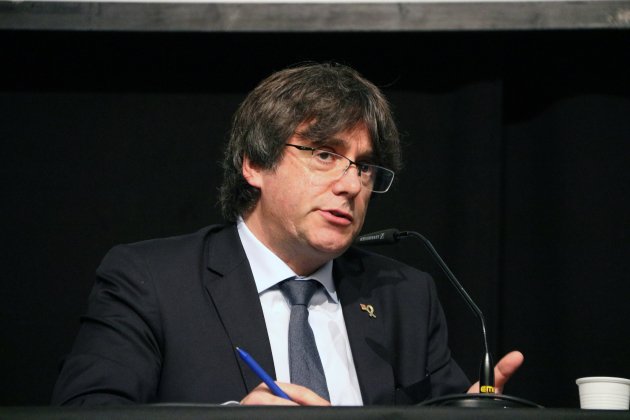 The leader of the JxCat (Together for Catalonia) party reiterated that the proposal released this Saturday by the Council for the Republic is for a negotiation in which the right to self-determination is accepted by both sides, as well as assuming "the reversal of the frightening repression that has lasted for two years" and "the participation of independent mediation."

Puigdemont's statements to the media were made after he had spoken in Lugano as part of the Swiss cultural festival Endorphine. With RSI journalist Sergio Savoia, the exiled Catalan leader discussed "identity and the right to self-determination of peoples".

Asked by the journalist about the reaction to the upcoming verdict in the Supreme Court trial of 12 of the pro-independence leaders, Puigdemont asserted that "a dignified society" must revolt. "We have to defend our dignity," he stated, before an audience of around a hundred.

With regard to the deadlock in the negotiations in Madrid for the formation of a new Spanish government, Puigdemont criticized the Spanish political parties for "not being used to reaching agreements" and lamented that they might even call a new general election.

"That's why we say that we don't want independence to change countries, we want it to change eras, to leave behind this antiquated idea of ​​absolute power," he remarked.