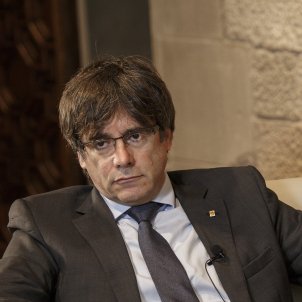 Catalan president Carles Puigdemont has said this Tuesday that having an army is "absolutely indispensable" for an independent Catalonia.

In a chat with members of the public via Facebook Live, he highlighted that "armies, defence policies, are absolutely indispensable for global combat" as seen with the attacks in Barcelona and Cambrils.

"Effort is needed, military intelligence and resources are needed to face the attacks of modern warfare", and Catalonia has to defend herself and unite with other armies if necessary to combat threats.

He also warned that Catalonia is exposed to attacks as a territory: "We do not need to have complexes, we need to have a modern, democratic defence policy, comparable to those of allied nations."

The proposed law of Transitional Jurisprudence does not refer to an army, leaving the decision in the hands of the Constituent Assembly, although it does foresee expelling the Spanish army during the transition period if the "yes" vote wins on 1st October.

Goodbye six months after the referendum

The president also said that he will leave his position at the latest when the constituent elections are called, which the proposed law plans to be at most six months after 1st October if "yes" wins, and discounted himself as a future candidate.

Puigdemont has always said that he doesn't want to be president again and always discounted himself as a PDeCAT (Catalan European Democratic Party) candidate, and he repeated this this Tuesday. "I will not be president for this step", he said in allusion to the later phase of the independence process: constituent elections and then the creation of an Assembly to draft a constitution.

If 'no' wins, Puigdemont would stop being president much earlier, since, as he had already announced, he would call an election, "between 40 and 60 days" after the referendum. 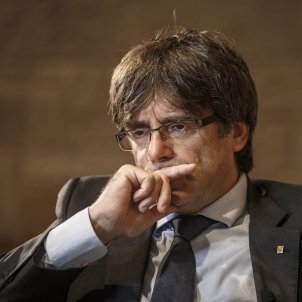 Interview with President Puigdemont: "I will propose to Rajoy a short transition to independence if 'yes' wins on 1st Oct" David González / Marta Lasales