It was December 2018 when then-Catalan president Quim Torra and Spanish PM Pedro Sánchez - with Pere Aragonès present - signed the famous Pedralbes Declaration. The document spoke of "conflict over the political future of Catalonia" and buried the concept of "an internal crisis of coexistence between Catalans" that until then had been used by Socialist leaders to refer to the Catalan independence process. The text also called for "an effective dialogue" that would serve to "convey a political proposal" in a framework of "legal certainty". For Pere Aragonès, this text must be the starting point for the resumption of negotiations with the Spanish state.

As is tradition, the president of the Generalitat of Catalonia gave the opening speech at the annual meeting of the Catalonia business association Cercle d'Economia. Before an audience of businesspeople, he called on Pedro Sánchez - who will sit in the same chair on Friday when he closes the conference - to show "in the coming weeks" that he has the will to resolve the conflict. He did not mention the pardons for the political prisoners, but it was understood that he was referring to them. “If steps are taken, it will be a signal that we can move forward on this path [of dialogue],” he said.

Moments after the president of the Cercle urged him to govern with "realism", Aragonès admitted that the reactivation of Catalonia-Spain dialogue will be an "extremely complicated" process, because "the distances are there". However, he assured that he is "fully committed to a new stage of negotiation", in the same way, he said, that he has "very clear about his pro-independence, republican and progressive convictions". "And we will defend them."

As he has done on other occasions, he reminded the state that "it has the obligation to present its proposal" for Catalonia. “From here, we will be able to debate and contrast models,” he explained. “Let's start from Pedrables and start walking,” he concluded. 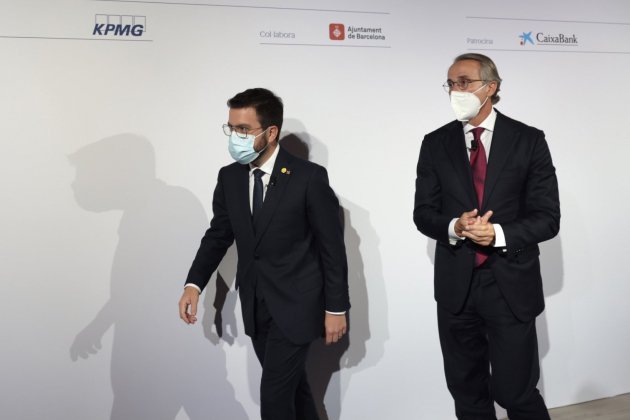 Aside from the political conflict, Aragonès spoke about his project of economic reconstruction, anchored in the arrival of the Next Generation Funds from the EU. In relation to this issue, he returned to his usual presidential discourse, speaking again of the "four revolutions" - social, feminist, green and democratic - to "shake up the country".

The head of the Catalan executive took advantage of the business date to demand that Spain transfers to the Catalan government the control of the port and airport of Barcelona, as well as the consortium of the Zona Franca industrial area. 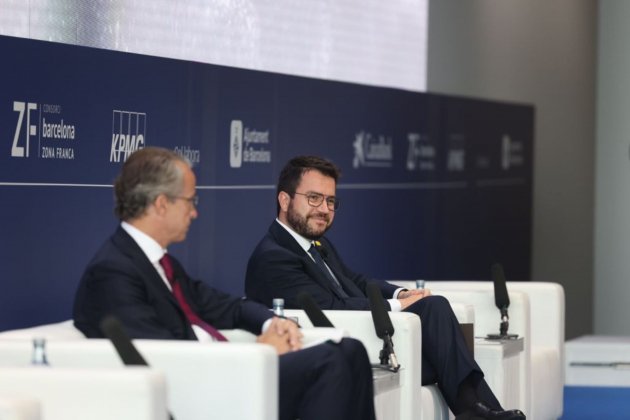 Aragonès presided over the opening of the Cercle d'Economia annual meeting. / Sergi Alcazar

In the main image, Aragonès before the Cercle d'Economia