Paluzie: "In October 2017, the force of the citizenry was prepared to go a long way" 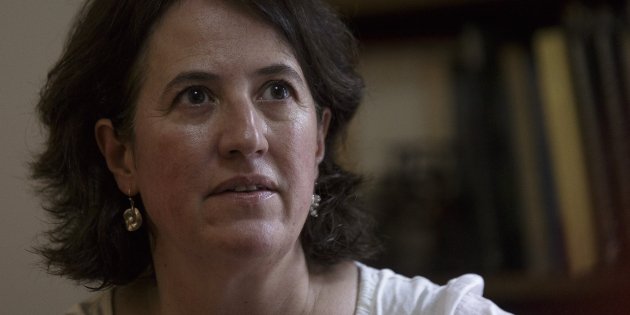 Elisenda Paluzie (Barcelona, 1969) is to be president of the Catalan National Assembly (ANC) for two more years after being re-elected in June 2020 by the new secretariat of this key pro-independence organization in Catalonia. At a time when the organization she leads is further away than ever from the Catalan political parties and the independence issue has been pushed into the background by the health crisis, Paluzie speaks in this interview with ElNacional.cat about what has been learned from 2017 and how the ANC sees the issue of independence - and a unilateral strategy to reach it - as returning to the centre stage of the Catalan political debate. 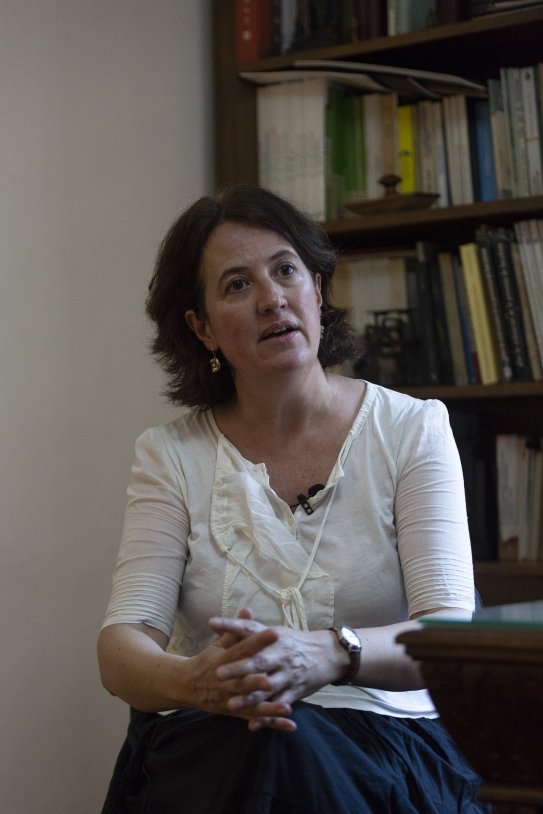 The ANC’s roadmap envisages declaring Catalan independence if the pro-independence parties get more than 50% of the vote in a normal election. How would such a declaration be materialized in practice?

It’s a bit like the unilateral referendum. You have to have a number of things ready: like an electoral census, and polling stations. And because we are facing another authority that does not recognize us, which is the Spanish state, then non-violent resistance [is needed], that's how people made up for what the institutions alone could not do, which was to sustain the referendum. In order to sustain the declaration of independence, you have to have thought about how to resist financially in the initial weeks, you have to have certain elements thought out and planned. You can't have it all planned. Non-violent civil resistance is another aspect. The first thing that is needed is for there to be an authority that stands up as the new authority of the independent state backed by the legitimacy of a parliamentary majority and with votes.

The ANC has played a key role in the Catalan independence movement over the last decade by massively mobilizing people. What should this mobilization do once independence is declared?

What the popular mobilization must do is defend the institutions.

But given the likelihood of police and armed forces using violence, what should this mobilization do?

We saw the police violence on 1st October 2017 and the people, to an extent which was surprising, stayed, using non-violent resistance to protect the referendum and the ballot boxes.

But a referendum is not the same as a Unilateral Declaration of Independence (UDI).

The way I see it, we don't have to explain what the Spanish state is willing to do and to imagine that that they are willing to shoot at defenceless citizens. We saw the violence they were willing to carry out on 1st October.

Do you see it possible then that non-violent resistance could last for days?

Of course, that's what people were talking about in October 2017. When people talked about what had to be done in the face of the declaration of independence, what they envisaged was for people to resist with this non-violent defence for days, organized in relays. But with that, we are in a very final phase. Before then, there are many things to do and prepare. Not everything can be planned, but in all independence processes, things have been done that way. As in Lithuania, which had Soviet tanks on the streets on its referendum day and Lithuanian leaders were barricaded inside Parliament, and in the end the Soviet army did nothing and the referendum was held and independence was declared.

But before such a point is reached here in Catalonia, there are a number of things - which weren't done in the autumn of 2017. There was already an exhaustion by the time [the political leadership] got to the 1st October and then they were overwhelmed. From the Assembly what we are saying is that these are the things that need to be worked on, we are not saying that all we need to do after after the elections is a UDI and that’s all, we say there are many more things necessary. We need to have many more civil society players working in favour, or at least not against, or that we need an international legal-political strategy so that the violations of fundamental rights are acknowledged and this will make international recognition easier. An independence that is more disconnected from the de facto powers of the Spanish state is also needed so that the influences of boycott-type actions can be reduced. We need to reduce our dependence on banks, which are all dependent on the Bank of Spain. The Assembly demands that all these elements that are key to the rupture need to be worked on. There is a part that depends on civil society and which civil society has taken forward, but there are other things that depend on the government and they are the people who should prepare for that and analyze it.

But in any case, do you think that as things were in 2017 they should have gone ahead with the declaration of independence?

Obviously in October 2017 there was a different [ANC] leadership and secretariat. At a personal level, I think that on 10th October a great opportunity was missed and that by 27th October the political parties were very divided, the Spanish state had by then had time to start the machinery for Article 155 and there were electoral arguments about who would have the nerve to call elections and who would be the scapegoat. That declaration on 27th October is now very bittersweet. For me, the biggest mistake was on October 10th.

The expectation of dialogue was raised and people didn't use the force of the 1st October and the strength of the citizenry who at that time were willing to do many things.

There was a phone call from Europe.

There was no call, that was something which was said and the rumour spread, but it isn't true. There were no calls, just a tweet from Donald Tusk [president of the Council of Europe]. That has already been said, and I now know it's true. What president Puigdemont said is that a message came via the Spanish government through intermediaries saying they were willing to talk. In fact, emissaries of all kinds appeared during those days, some have even said so publicly such as the Basque lehendakari Urkullu. The expectation of dialogue was raised and people didn't use the force of the 1st October and the strength of the citizenry who at that time were willing to do many things. With every day that passed, the institutional part of the independence movement lost strength and this was gained by the state. 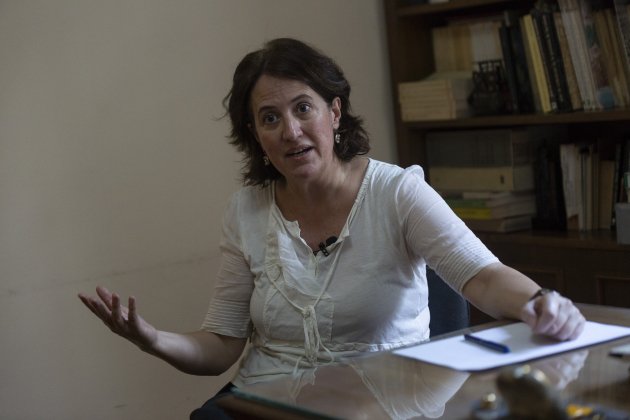 If at that time the EU was not interested in Catalan independence or in pressuring for bilateral dialogue, what should change?

Recognition of a country is given by individual states and there was one state that was willing to recognize Catalonia, because there were motions that had been presented, this was the case of the Slovenian parliament. But this stage was not reached because the Catalan declaration of independence itself was not made effective and no recognition was sought, and a part of the Catalan government had already crossed the border. In fact, it has already been explained that Catalan government delegations abroad were asked to look for mediators, not international recognition. What we are saying is that recognition needs to be prepared in advance. And the first that you have to be prepared to recognize is yourself.

But recognition from large states like Germany or France seems difficult because they are partners of Spain.

In the case of Lithuania, both Helmut Kohl [German chancellor 1982-1998] and François Mitterrand [French president 1981-1995] threatened the Lithuanian president that if he declared independence there would be no recognition on their part. And in fact they were not the first states to recognize Lithuania. First came the small states, such as Iceland, Norway, and others that have a more democratic tradition. But some took their time, it wasn’t immediate either.

So it's necessary to apply this international legal-political strategy that you mentioned, along with the work of Catalan delegations abroad, to force the state to give in.

What needs to be done is to be proactive, as on 1st October. With a declaration of independence one must also have this proactive capacity to become the institution that becomes the new authority of a territory. It will not be complete because there will probably be a conflict of authority.

With very strong actors from the state.

That’s why you have to be very strong at that moment.

So far no one has ruled out unilateralism.

You've said you won't ask voters to support the parties that do not approve of the unilateral route. Of the three pro-independence parties in the Catalan Parliament today, would you ask people to vote for one of them?

What we will do is work to get them to commit to activating unilateralism if more than 50% of the votes in Parliament are exceeded. We are not there yet. No elections have been called. What we need to do is talk to everyone and see what position they are in. I would also note that so far no one has ruled out unilateralism. Another thing is that some want it in one phase or another. But in parliamentary roles, unilateralism has not been ruled out. 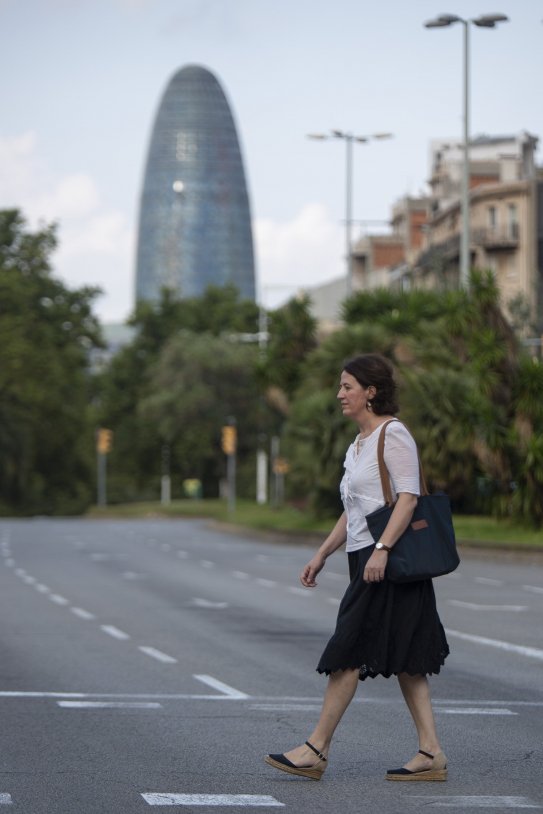 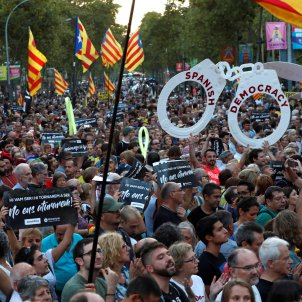 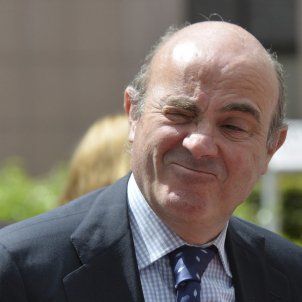