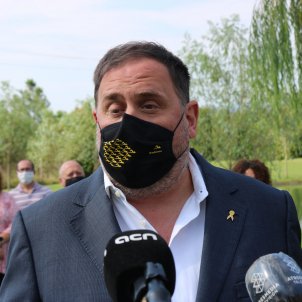 The president of the Catalan Republican Left (ERC), Oriol Junqueras has described the proposal made by Carles Puigdemont for a strategy of "intelligent confrontation" as ethereal and he warns: "If we start a confrontation with the Spanish state in the current conditions, we will lose, when what we want to do is win. "

"If we want different results we will have to prepare better," the ERC leader added in an interview with Europa Press. Junqueras specified that the smartest action to take is to further internationalize the objective, to sit down at all dialogue tables, to win elections and to work tirelessly. He states that he respects the proposal made by Carles Puigdemont during his recent speech at Prada and is willing to discuss it, but sees it as essential to specify what is being proposed: "What is the proposal? How will it be done?"

He defended taking advantage of the current dialogue table between the Spanish and Catalan governments to work for dialogue and to show the world that there is a conflict: "Our fellow citizens demanded dialogue, that we 'sit and talk', right?". But he calls for it to be given a push: "Things have to happen and the PSOE has to be moved, because patience is not infinite," says the ERC leader, after Pedro Sánchez blamed Quim Torra for hindering the holding of a new meeting due to his demands.

Junqueras also warns that his party would not support the Spanish budget if the PSOE-Podemos government "feels comfortable only making proposals with the right. If so, it will certainly not find ERC. ERC votes will never come for free ", although he says that all scenarios will have to be assessed.

In relation to the calling of elections in Catalonia, he reiterated that it is Catalan president Quim Torra who must call elections, but that the two government partners should agree, since, given the judicial and political situation, "it may be that it does not depend on the will of the government alone to call them or not". “That’s why it’s so important to sit down and agree on the scenarios ahead, given the pandemic and the Supreme Court’s decision” on Quim Torra’s possible disqualification.

"In any case, seen in perspective, it seems clear that it was not the best decision to announce an election in January," says Junqueras, who believes that the fact that Torra has not called Catalonia to the polls yet after announcing it causes the institutions, the independence movement and Catalonia to be weakened. 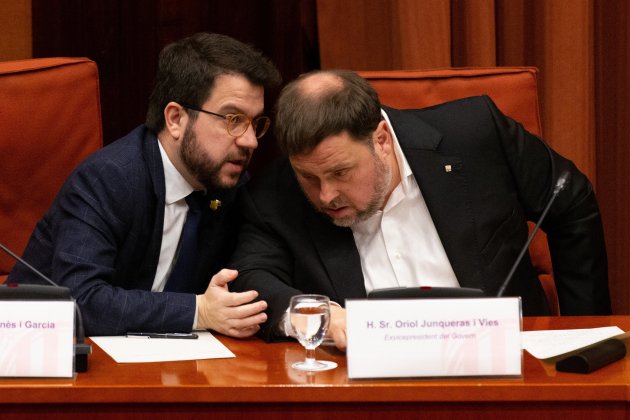 Junqueras sees the ERC vice-president, and number-three-ranked member of the party, Pere Aragonès, as candidate, although he notes that this will be decided by primaries, and he is "convinced that the pro-independence parties will once again have a great electoral result".

He believes the whole Catalan independence project will be weakened “if someone tries to win an election race by attacking” other pro-independence groups; and when asked, he preferred not to comment on the PDeCAT-JxCat tension, but rather, hopes the pro-independence centre-right can reorganize itself as soon as possible, because "every vote is needed".

Junqueras also expresses his wish for the next Catalan executive to take in supports that are as wide as possible: "We would like a broad government. Supported by everyone as far as is possible. JxCat, the Comuns and the CUP. But the reality is that we will have to see what the space looks like afterwards". He also reiterated that this invitation would never extend to the Catalan Socialists (PSC), while he also notes that there are contradictions in the Comuns.

"They are afraid of us"

Regarding his personal situation, and that of the other leaders convicted at last year's referendum trial, most of whom are now serving a standard prison regime again after their leave privileges were suspended, he considers that there is no justice, just revenge: "They want us locked up and silent because they are afraid of us." Junqueras reiterated that justice will come when the case reaches Europe. 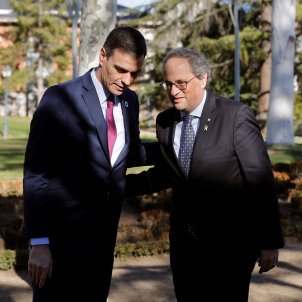 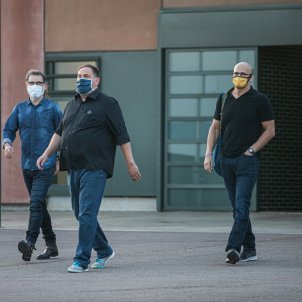