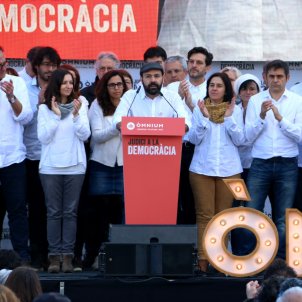 The vice president of the Catalan civil group Òmnium Cultural, Marcel Mauri, has closed the presentation of the pro-independence group's new campaign focused on the forthcoming Supreme Court trial, with a speech that accuses the Spanish state of "violating fundamental rights" in Catalonia. Mauri recalled that it was the state that had imprisoned his friend, the Òmnium president Jordi Cuixart, and that Catalan society will never abandon peaceful civil disobedience. The Òmnium leader made his speech under the slogan Jo Acuso - 'I accuse', adapted from the J'accuse of French author Zola in the 19th century Dreyfus affair. In the pro-independence group's promotional video for the trial, the line used is: "We're not defending ourselves, we're accusing the State."

Referring to the trial, set to begin in little more than a week, Mauri asserted that civil society must be the voice of the prisoners and exiles in the streets of Catalonia, Spain and throughout Europe, to expose Spain's breaches of rights in its actions against the Catalan independence movement. The Òmnium vice-president also commented that the political prisoners will be the representatives of an entire people "before an illegitimate court".

During the event, Òmnium also presented its campaign advertisement made with the participation of prominent politicians, actors, activists and others members of society. "They have imprisoned us," say Catalan pro-independence figures in the video. "But they can never imprison ideas. We have our ideas intact." "We will not accept a pardon, only a verdict of absolution," continues the video.

Marina Roig, lawyer who is defending Jordi Cuixart before the Supreme Court, also participated in the event to explain the strategy of the defence she will conduct at the trial in Madrid. Roig reiterated that the trial breaches fundamental freedoms and rights such as the freedoms of association, peaceful protest, vote and expression.

"We will not tolerate that the independence movement trial is used as an excuse to limit the ability to exercise fundamental rights," says Roig in another video for the Òmnium campaign. "We will also state that the 1st October was a collective act of civil disobedience and as such an act that was completely peaceful. We believe that that can never be a crime." 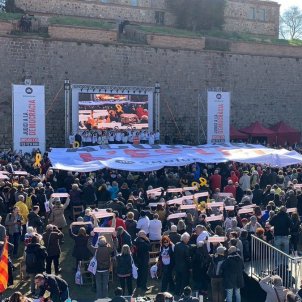 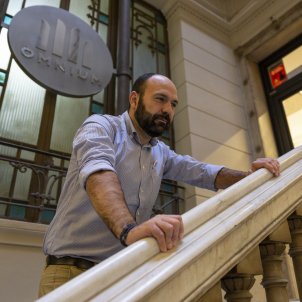 Interview Mauri: "The trial is the first round of a contest that we'll win at Strasbourg" Nicolas Tomás