The New York Times warns: Rajoy hopes to win with an "abnormal" election

Spanish prime minister Mariano Rajoy is aiming for "normality" in Catalonia - but using an "abnormal" election to try to achieve it. This is the resounding paradox pointed out by an article in the The New York Times that begins by chronicling a Together for Catalonia rally in the city of Igualada where the leader, Carles Puigdemont was "not among his separatist supporters, but spoke via satellite from hundreds of miles away: in Belgium”.

According to the newspaper, campaign details like this highlight how “unorthodox” are the circumstances that surround the Catalan elections to be held on 21st December, called by the Spanish government for the purpose of, as Mariano Rajoy says, “returning to normality”. At the same time the Times quotes president Carles Puigdemont's speech in which he says he cannot take part "on an equal footing" with other candidates.

The newspaper presents both points of view on the reasons for Puigdemont's exile: that of the Catalan government who say that “he was obliged to leave” and that of the Spanish executive, assuring that the president is a “fugitive who is flouting Spain’s judiciary”.

On the other hand, the daily says that Rajoy has a “challenge” to defeat the independence parties and ensure that his own Popular Party maintains a minimum presence in Catalonia. Finally, the Times highlights that “most opinion polls are showing that neither side will score a decisive win" in the election, and that it may be necessary to open difficult negotiations to form a coalition government. 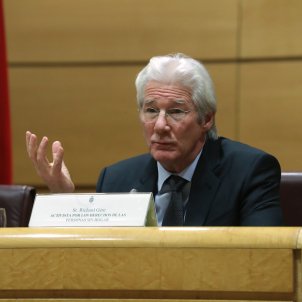