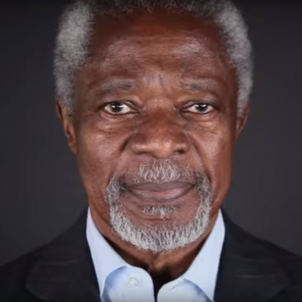 Former UN secretary general Kofi Annan briefly 'flew an estelada' on his Twitter account on Friday. The Ghanaian statesman, who has been involved in the Basque peace protest, published a tweet emphasising the importance of dialogue in "building peace" - relating to this week's historic dissolution of the terrorist group ETA. However the tweet was illustrated with a photo of a balcony decorated with two elements: a poster calling for the imprisoned Basque terrrorists to be transferred to jails closer to their famiies and communities; and an estelada, the pro-independence version of the Catalan national flag.

This image was interpreted in Catalan independence circles as an implicit request for dialogue over the Catalan issue, infuriating many Spanish unionist supporters.

However, a few hours after being published, the tweet was erased. Despite the obvious parallels that could be drawn with the Catalan situation in Annan's comments on the inability to solve conflicts "through force alone" and his assertion that "political dialogue is key", it appears that the former UN leader did not want to make any analogy about Catalonia right at the moment. A substitute tweet was published with a similar text, but without the image of the balcony and estelada: 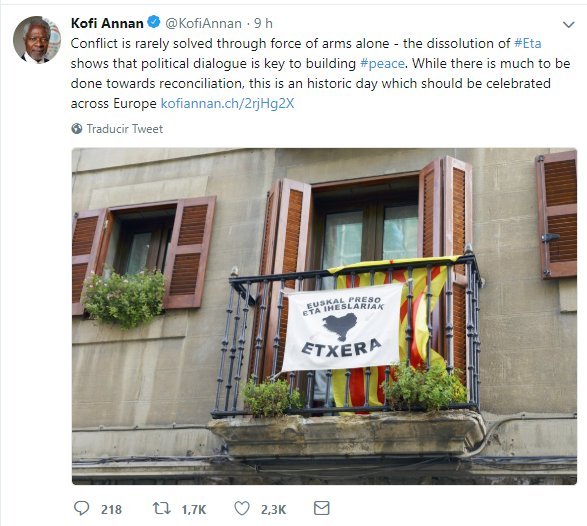 The dissolution of #Eta marks a welcome end to a difficult chapter in Spanish history. Conflict is rarely solved through force of arms alone, and this news illustrates that political dialogue is the key to building lasting #peace. https://t.co/Hamdf8TpOw pic.twitter.com/6qVwcvVxff

The efforts to remove all trace of the Catalan flag from social media did not end there. Twitter users who shared the link to Annan's official statement on the dissolution of ETA were also reproducing the image of the balcony and estelada, and so this too was subsequently swapped for a photograph of an event held by the Centre for Humanitarian Dialogue: 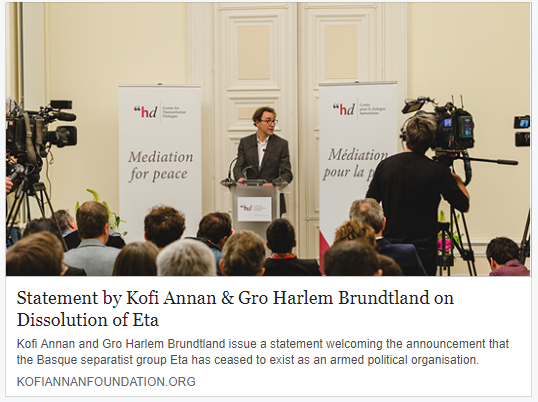 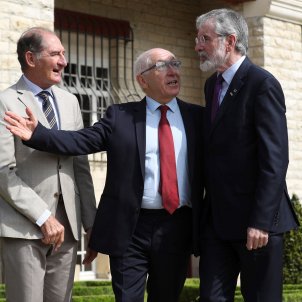