For the first time in twenty years, the Spanish king will not preside over the graduation ceremony for this year's new judges, due to be held on Friday at the Barcelona Judicial College. And the news has provoked a strong reaction in Spanish judicial circles.

With the final verdict on the disqualification from office of Catalan president Quim Torra about to arrive, it had been speculated that security considerations were behind the decision. However, the General Council of the Judiciary (CGPJ) has explained that the monarch had initially accepted the invitation but then finally informed that he would not attend the event. These judicial sources attributed the change of plan to a decision by the Pedro Sánchez government and, in fact, some media have suggested that the absence of the monarch in this emblematic event is a gesture towards the Catalan independence movement.

In this context, judicial associations have demanded explanations from the Spanish government. 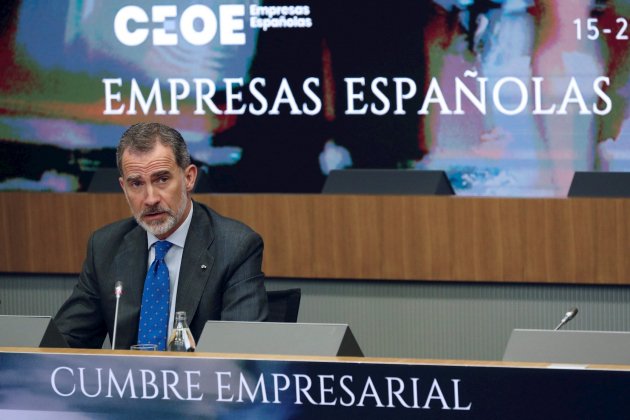 APM asks for the "real reasons"

The largest of Spain's judicial societies, Associació Professional de la Magistratura (APM), which has more than 1,400 members, has "demanded", via a strong statement, that the Spanish government clarify "the real reasons" for the king's absence. The association asks for all "necessary measures" to be taken to ensure the event can take place normally, "protecting the safety and physical integrity of all attendees" and, in particular, of their new colleagues, the recently graduated judges.

"It is very worrying that in a state governed under the rule of law, the government declares its inability to guarantee the security of the head of state in an institutional act at the Judicial College in Barcelona, ​​the highest authority of the nation. Even more so if, as some media point out, this reference to security only seeks to disguise motives openly contrary to the Constitution", warn the judges of the APM. They also recall that, as a power of the state, they administer justice "in the name of the king”.

A second society of legal professionals, Associació Judicial Francisco de Vitoria, also demands clearer explanations on the absence of Felipe VI this Friday in Barcelona. The association says it is "bad news" that the king will not preside over the ceremony. "We judges administer justice because the power is granted to us by the public authorities," says the association.

The Independent Judicial Forum also considers that the news is serious, according to Europa Press, and has demanded an explanation, arguing that the new judges who take up positions in Catalonia must know “why the State, the Constitution and the legal system, which they swore or promised to fulfill and enforce, turns its back on them at a time like this”.

On the other hand, the progressive judges' association Jutgesses i Jutges per la Democràcia tried to ease the tension, noting that the reasons that led the monarch not to participate in the event are unknown.

In fact, the controversy was already in the air last year when it was decided to move the event to Madrid, with the argument that it was part of the festivities for the 40th anniversary of the Constitution. At the time, some voices, including the chief judge of Barcelona, warned that the decision was a mistake. The previous year, while the king was officiating over the graduation of the new judges, protests were recorded at the doors of the Barcelona Auditorium - the usual venue for the event. They featured music students from the Escola de Música de Catalunya, which has its headquarters in the same building.

All this is taking place in an evolving context in which the Spanish monarch has had to steadily reduce his official acts in Catalonia, even since the ill-feeling generated by his speech on October 3rd 2017, two days after the independence referendum and the police violence against voters. Since then, the Catalan government has not attended events convened by the monarch, and Felipe VI has been declared persona non grata by several cities, including Girona. This move prevented the Princesa de Girona awards from being held in the city, and they were moved first to a private restaurant space outside Girona in 2018, and then to a high-security venue in Barcelona in 2019.

The most recent visit by the king and queen to Catalonia, as part of the tour of Spanish autonomous communities they carried out after the first wave of the coronavirus, involved only a visit to the rural monastery of Poblet, amidst tight security measures, without speeches or the presence of spectators, and after abandoning earlier-announced plans to visit Barcelona and the Dalí Museum in Figueres.