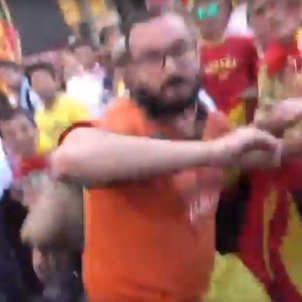 A demonstrator at Sunday's unionist march in Barcelona attacked an El Nacional journalist at the central Barcelona intersection of Gran Via and Passeig de Gràcia while he was filming marchers. The events occurred inside the designated press area.

Some of the demonstrators were at that moment shouting abuse at journalists and, when the El Nacional journalist approached doing his work - that is, filming video - he was attacked with a kick. Some of those present, wrapped in Spanish flags, tried to get hold of the aggressor and remove him from the scene.

It was not the only incident that took place involving the press. A little earlier, other media professionals were verbally abused by marchers, who shouted  "Get out of here", "This is not your place" and "Manipulators". 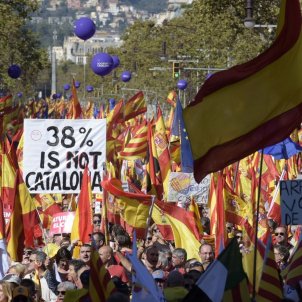 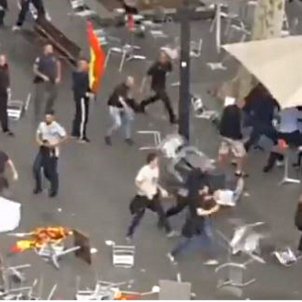