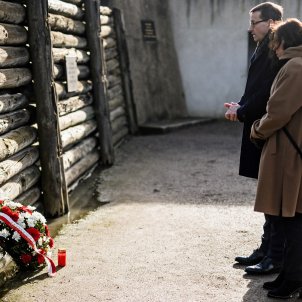 First reactions to the decision of the Spanish prosecutors to protect Nazis. This week the Simon Wiesenthal Center, a pioneering institution in the fight against Nazism and in memory of the victims of the Holocaust, has sent a letter to Spanish primer minister, Pedro Sánchez, expressing their outrage after having knowledge of a circular from the Spanish public prosecutors that considers the Nazis as a group protected by the hate-crime legislation. As the center explains on their website, the letter was sent last Monday, the day that commemorates the 75th anniversary of the liberation of the Auschwitz extermination camp by Soviet troops.

Now, according to online Jewish News, associated with the Times of Israel, Jewish groups around the world have raised urgent questions after learning that hate speech against Nazis can be considered hate crime. 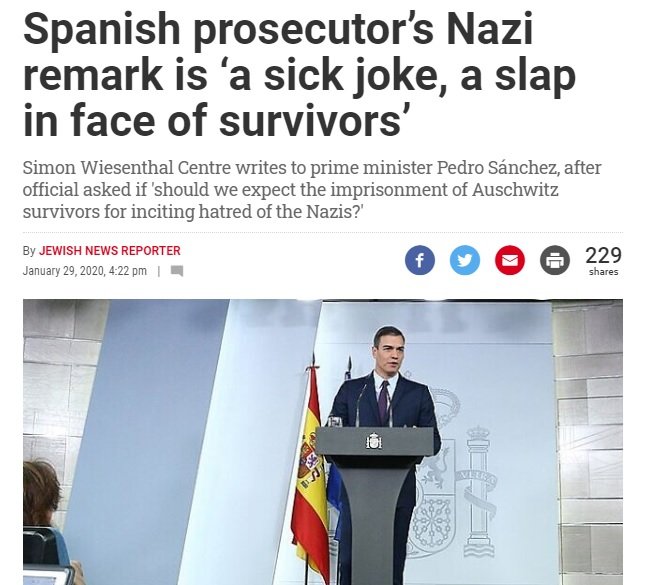 The newspaper also includes the contents of the letter, where the director of the centre, Shimon Samuels, asks Sánchez if he also considers a crime "hate speech against ISIS, ETA or those ideologies that support extermination of what they consider inferior races". In the letter, this interpretation is labelled as "a sick joke, a slap to all survivors of the Holocaust, as well as the claim that Nazis could never forgive the Jews for forcing them to build Auschwitz".

They also insist that Samuels has urged the Spanish government "to take the appropriate measures [...] against those who disrespect the memory and banalize and trivialise Nazi atrocities". 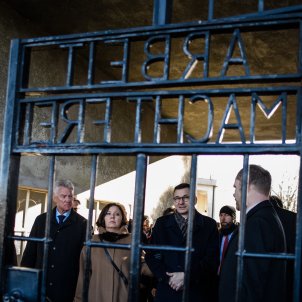