Welsh MP: "It would be outrageous for a member of the EU to prevent a democratic vote" 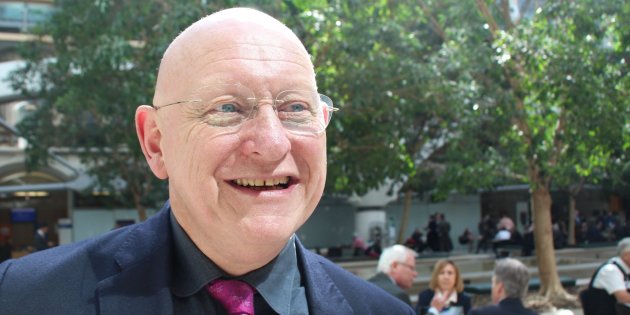 Hywel Williams (born in Pwllheli, Wales in 1953) has been a member of the British House of Commons for Plaid Cymru, the Welsh nationalist party, since 2001. He is currently head of the All-Party Parliamentary Group on Catalonia, a role he took over from the Scottish MP George Kerevan who lost his seat in the election this June. Williams has closely followed the case of Catalonia for years and, in fact, has presented a number of motions in the British lower chamber in support of the cause. One in 2010 was in response to Spain's Constitutional Court's verdict against the reform to Catalonia's Statute of Autonomy and another in 2012 "expressed concerns" that Catalonia couldn't decide if it wanted to be independent. 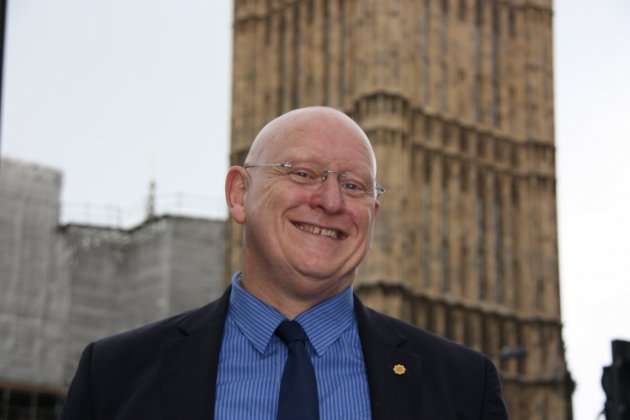 How do you face the challenge of being the president of the group?
It's a very interesting group, especially for me as a member of parliament for Plaid Cymru, the national party of Wales. In fact, it's the only chairmanship I'm taking on in the current parliament. From what I know of Catalonia, the comparison and the contrast between what's been going on in Scotland, Wales and Catalonia is very interesting, as well as being an opportunity for me to be of assistance to people in Catalonia. I've also got a great interest in the language issue because that's one of my own political interests and, when I was a university lecturer, providing public services in Welsh was my main academic interest. I have been over to Catalonia a number of times on the language issue. So I've got several reasons to be very interested in this group.

What are the next steps the group will take? Might they present a motion to the Parliament?
I've put down "early day motions" which are statements of opinion, I've done that a number of times. We'll be looking for opportunities to do that, certainly around the referendum. There's a difficulty in holding debates in that, on the whole, we don't debate internal politics of other EU member states. However, there is a possibility that we could try.

The people of Catalonia should have the right to decide their own future. It's for [them] to decide, not the people in Madrid.

Do you believe this is the majority opinion in the UK?
I think most members of parliament are not aware of the referendum and I think, mostly, they would think it's illegal because Madrid is saying that all the time and because of the opinion of constitutional lawyers that, to hold the referendum, there needs to be a fundamental reform to the Spanish Constitution. I understand that there hasn't been a change to the Constitution since the fall of the Franco regime, so changing the Constitution is very difficult indeed.

I don't think [there has to be a minimum turnout]

If the vote turns out in favour of independence, will Madrid have to do something?
I think that it's inevitable that that has to be dealt with. Now, whether that is dealt with as a basis for further negotiation or whether it is an absolute change that Madrid just has to deal with, I don't know. That's a matter for Catalan politicians. Is it a starting point for negotiation, or is it an end point for the relationship between Catalonia and the rest of the peninsula? I should think it's inevitable that politicians in other parts of Spain will have to take a look at the situation if there is a majority in favour.

But, to be legitimate, does there have to be a minimum turnout?
I don't think so. There was a minimum set for the devolution referenda in Wales and Scotland in 1979: 40% of the population had to vote in favour. The effect of that was that anybody who didn't bother to vote was therefore against, and that's just not fair. Now, if it's a matter of a percentage of everybody who turns out, personally I would favour a simple majority.

Do you believe, then, that the international community will accept the result?
They will have to take note of it; whether they will accept it or not is another matter. There are member states that clearly have an interest in this, not least the United Kingdom because of our own devolution arrangements. Some member states have stable devolution arrangements: Germany is an obvious example. Perhaps they wouldn't see it as so disruptive. I think the French government would find it something they would want to respond to, given the tendencies in some parts of France including the south, Brittany and perhaps the Basque Country. Obviously, it has a greater significance for some EU members than for others. 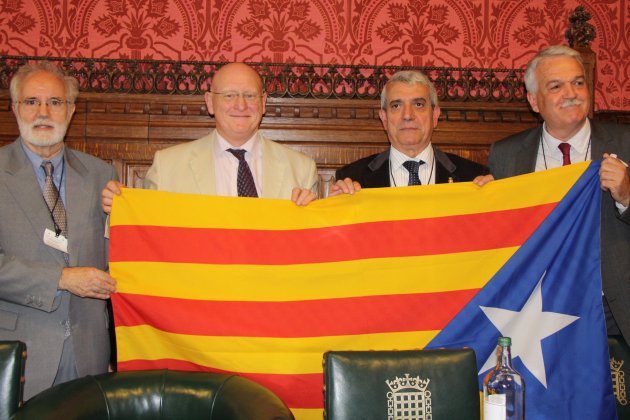 What do you think of the Spanish government's attitude, of not wanting to negotiate the referendum?
Denial is a very strong position, but is it acceptable? Is it even possible to maintain that in the long term? If you have part of the member state which has a majority in favour of secession, you must respond in some way. "No" is a very strong position to take, it causes instability within any political entity if the very strong views of part of that entity are just disregarded and denied. There must be some response.

Would there be international reaction?
It might be seen as being an internal matter. My colleague in the House of Lords asked a question recently about the attitude of the UK government towards the situation in Catalonia. The response was that questions related to Catalonia are a matter for the government and people of Spain and there needs to be a respect for the laws and constitution of Spain. They try to keep out [of internal affairs of other countries].

Could you imagine pro-independence leaders being imprisoned over the referendum?
Well, I thought it was astonishing when [former] president Mas was prosecuted. We had the Speaker of the Catalan Parliament [Carme Forcadell] over here, and she was facing prosecution for allowing debate. The Speaker of the Parliament here said it was outrageous and unacceptable that democratic bodies should be prevented from debating legitimate questions. That's my attitude as well.

How do you see Catalonia's future in a year?
The conflict and the debate will be continuing. My impression of the government in Madrid is that they're not going to change very easily. I don't know if the referendum will be won or not, but whichever way, the question will not disappear.

Brexit is changing everything. I think that's significant for Scotland and Wales.

Scotland also held an independence referendum in 2014. Currently, however, the push for a second vote has paused. Might this change after Brexit?
Whether an independence referendum would be won in Scotland is not clear at the moment. But Brexit is changing everything. One of the arguments against Scottish independence was that, if Scotland left the UK, it would also be leaving the European Union. There was a long debate as to whether that would happen, but, now we are leaving the EU, that argument has disappeared. In fact, Scotland would want to remain. Wales voted to leave, though parts of the country, including my own, voted to stay and I think opinion has now changed quite significantly. More people now are coming out in favour of having a second referendum or having a referendum on the terms of exit. I think that's significant for Scotland and Wales.

Might this then also apply to Wales? Might the national feeling grow, or if not, the desire for more autonomy?
The economic outlook for the UK, and Wales in particular, following Brexit is very poor. People don't realise how bad it might be. If we leave and if things turns out badly, I would not be surprised to see public opinion changing. The support for independence in Wales is very low. However, if you ask the question if Wales could remain a member of the EU by being independent, then support for independence goes up quite substantially. It's very far from being a majority, but it's a difference between 5% and 35%. So leaving the European Union potentially does change the debate substantially in Wales.