Forcadell lodges an appeal to reject magistrates of TC

The president of the Catalan Parliament, Carme Forcadell, has rejected the magistrates of the TC (Spain's Constitutional Court) for their lack of impartiality and to guarantee defence of the law. The initiative intends to paralyse any procedure “of exception” that the TC might plan against the Catalan Parliament or the functions of its president.​

The magistrates of the TC have been part of the procedure of the constitutionality of the laws voted in the Catalan Parliament and, therefore, they are unable to make any type about decision about the president, as recognised by international legislation that certifies that every person has the right to an “independent and impartial” court, claims the president.

In writing, presented to the TC, the president recalls that there is no procedure in the Spanish legal system that generates as much defencelessness as to what holds the TC. In the penal procedure there are many more guarantees for the investigator and even in the State of Exception, procedural rights are not restricted. 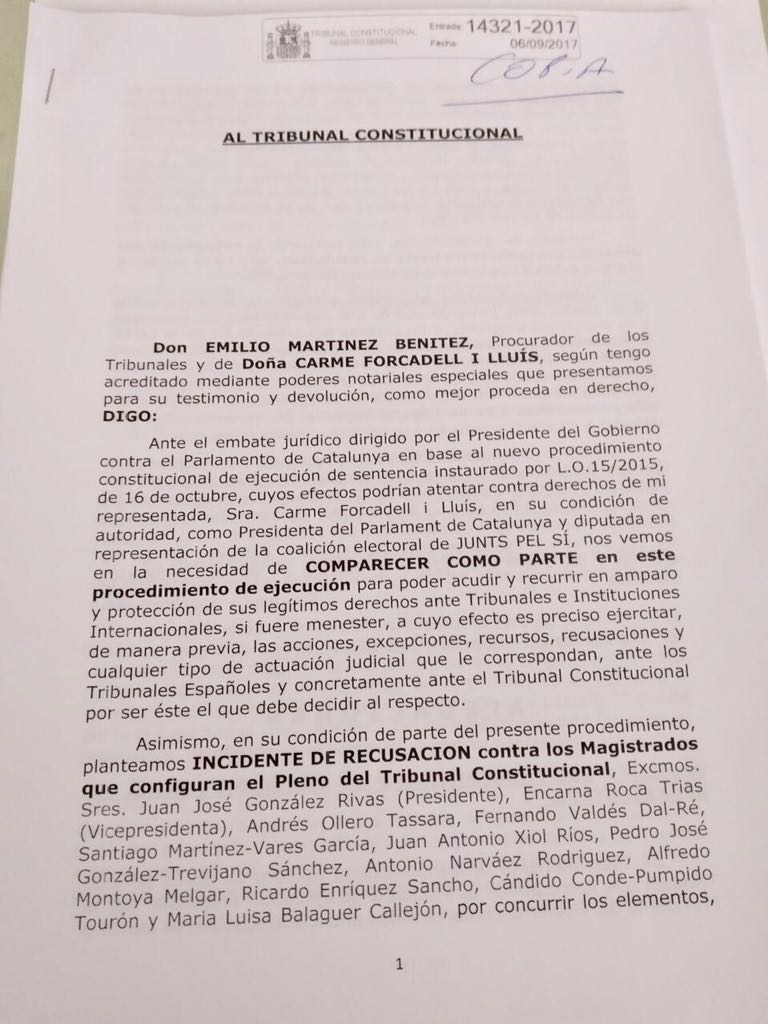 That is why the Reform of the Organic Law bof the TC in 2015 has been criticised unanimously by the legal community, by the Venice Commission, and even by some of the members of the TC itself.