An alleged assault on a woman near Barcelona's Parc de la Ciutadella on Saturday has been the focus of a media campaign - on both conventional and social media - which has used demonstrably fake images. The incident on Saturday morning was initially denounced by unionist leaders because the woman was removing yellow ribbons when the dispute took place. However, although the Mossos d'Esquadra police confirmed that there was no political motivation behind the altercation, and no connection with either the Catalan independence movement or groups of support for the Catalan political prisoners, the campaign has continued and one of its elements has been the use of alarming fake photographs which falsely claimed to show the woman's injury.

One of the images which has gained most traction has been the one shared by Cadena Ibérica radio journalist, Yolanda Couceiro. In a tweet, Couceiro attached an image of a woman who had just had a cosmetic surgery operation, with an enormous splint on her nose and bruises visible around her eyes. 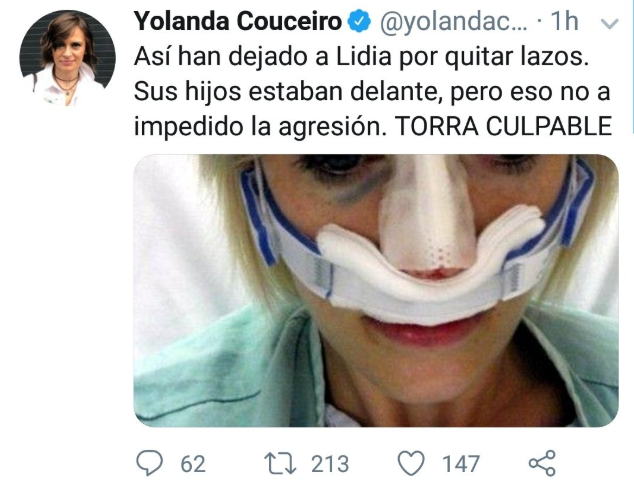 Translation of text accompanying fake photo:
This is what was done to Lidia for removing ribbons. In front of her children, which did not prevent the assault. [President] Torra, guilty. - Yolanda Couceiro

The photo quickly went viral, reaching thousands of users. However, the reality is that the image is from the website Hubpages, part of a 2013 article called "My experience with Septoplasty surgery". 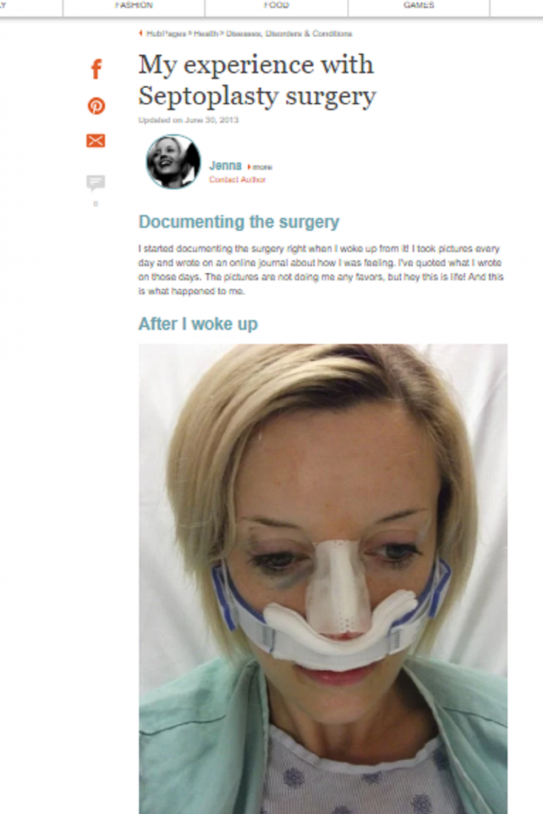 The Spanish newspaper Periodista Digital also circulated a false image to illustrate the incident. In this second case, the photo used showed a girl who had been assaulted, with her nose clearly wounded and her face bloodied. 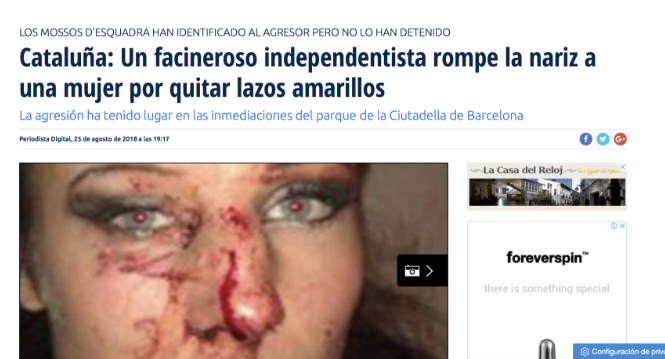 Translation of news story accompanying fake photo:
Catalonia: A criminal independence supporter breaks the nose of a woman for removing yellow ribbons. The Mossos d'Esquadra identified the aggressor but didn't arrest him.

Even though many users have shared the story and image, it is really sourced from the website Diva Dirt where it formed part of a report on a "gnarly" wrestling contest in 2012. 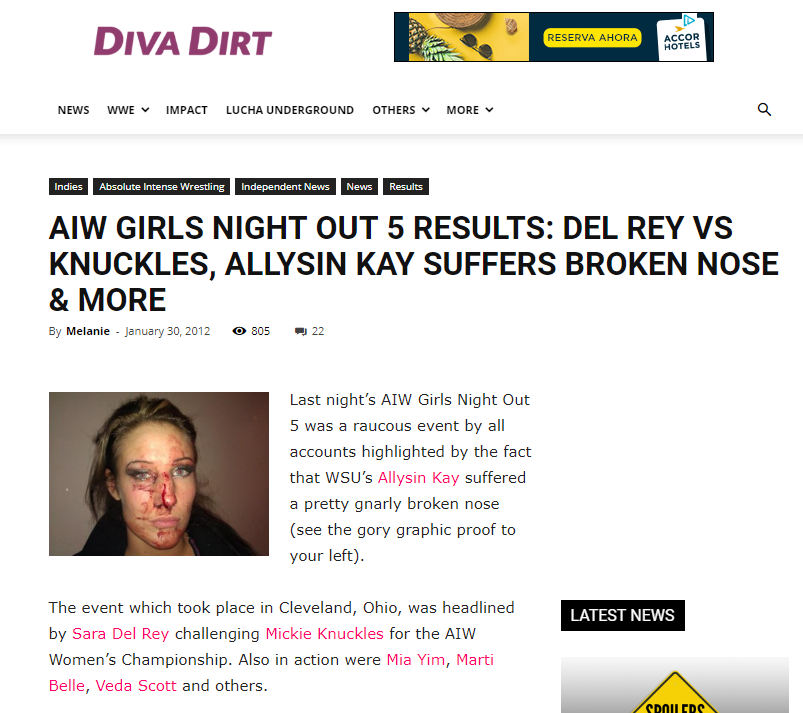 The unionist campaign, using fake images to show an assault that they are trying to attribute to the independence movement in spite of the police statement, has been further fueled by the Spanish press. The main Madrid-based newspapers leapt on the story in their weekend editions (link in Catalan). The appeal of the story for both traditional and new media: its potential in constructing the unreal narrative of violence among the Catalan independence movement, which has been the ever-elusive philosopher's stone of Spanish nationalism for the last year.