Exiled Catalan culture minister, Lluís Puig, has added one more country to the list of those visited by the pro-independence leaders in exile: Italy. And in particular, the town of Alghero - L'Alguer in Catalan - on the Mediterranean island of Sardinia, where the Catalan language has been spoken since it was populated by people from Catalonia during the Middle Ages. Puig is to take part in several political and cultural activities in the town. A total of 11 countries have now been visited by the Catalonia's political exiles, who are free to move in most of Europe, only facing charges in the Spanish state.

Translation:
"Today, when I went out to buy bread first thing, I was able to say BON DIA! D'you know where I am?
We're still 'constructing the country'!" —  Lluís Puig i Gordi

This is Puig's second visit to a Catalan-speaking territory since he went into exile after the independence crisis in October 2017. The exiled culture minister visited northern Catalonia and Perpinyà - part of the French state - in January, a visit which, as on this occasion, was not announced in advance.

"The mere fact of being able to stand on this land, to see this sea and this light, thrills me and energizes me," said Puig in the video he tweeted, which features the logo "Puig for the Senate": like many of the other exiled and imprisoned pro-independence Catalan leaders, Puig is standing for public office in the elections coming up in Catalonia, Spain and Europe. 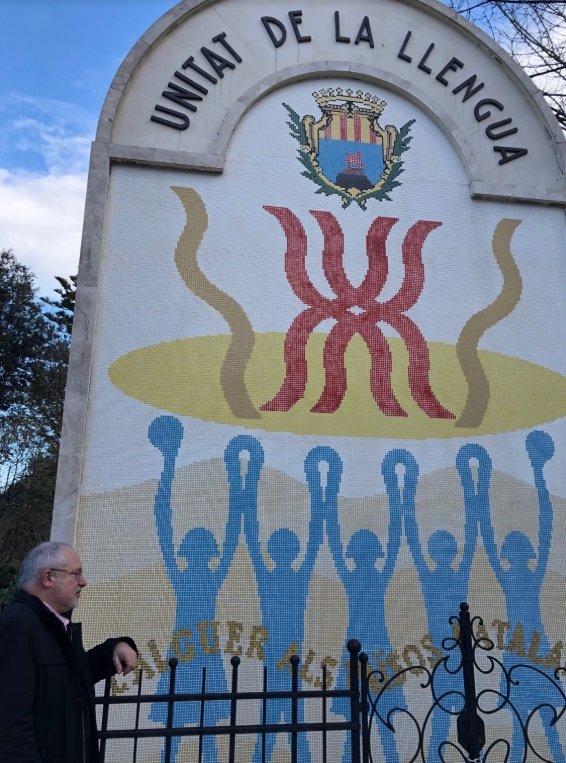