The decision of the European Union's General Court (EGC) to restore the parliamentary immunity of Catalan MEPs Carles Puigdemont, Toni Comín and Clara Ponsatí has been widely reported around Europe, with Spain being seen as failing once again in its approach to the issue. Moreover, the EGC decision is unusual and also involves another European institution - the Parliament - being corrected. Thus, the issue has captured the interest of the press across the continent.

Here is a selection of media reactions from in and around Europe:

"The Spanish government has not yet reissued its extradition request. Since 2017, it has only failed"

The Parisian newspaper reports: "Carles Puigdemont and two other pro-independence MEPs can provisionally benefit from immunity as Members of the European Parliament" 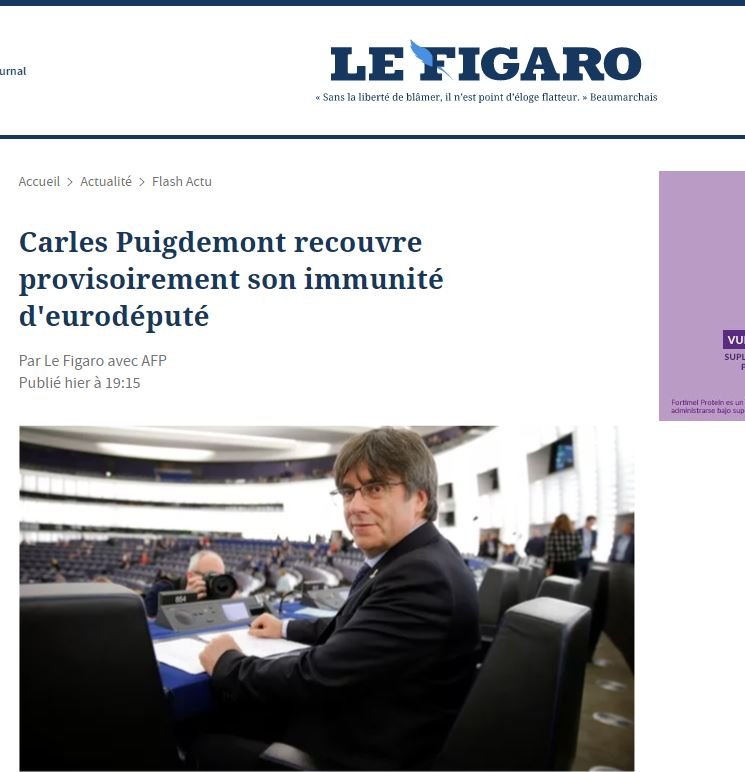 "The three MEPs argued that there is a real risk of their being arrested and imprisoned due to the European Parliament's decision, and this would prevent them from representing EU citizens," said the Swiss daily. 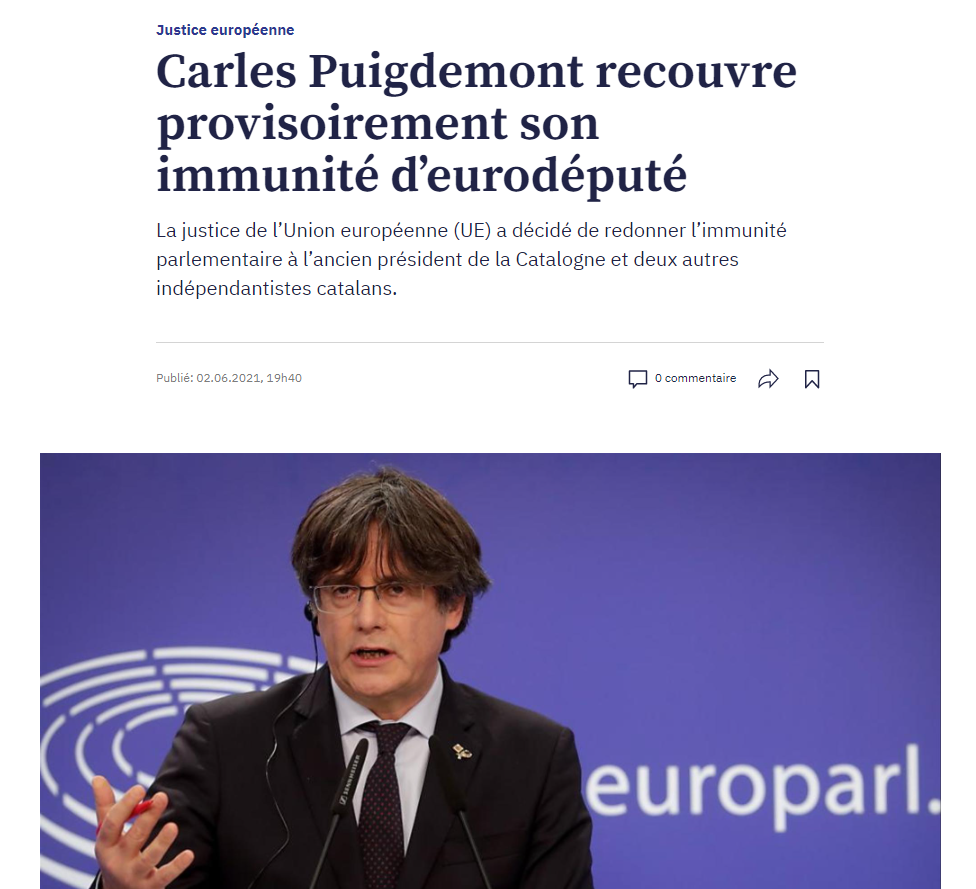 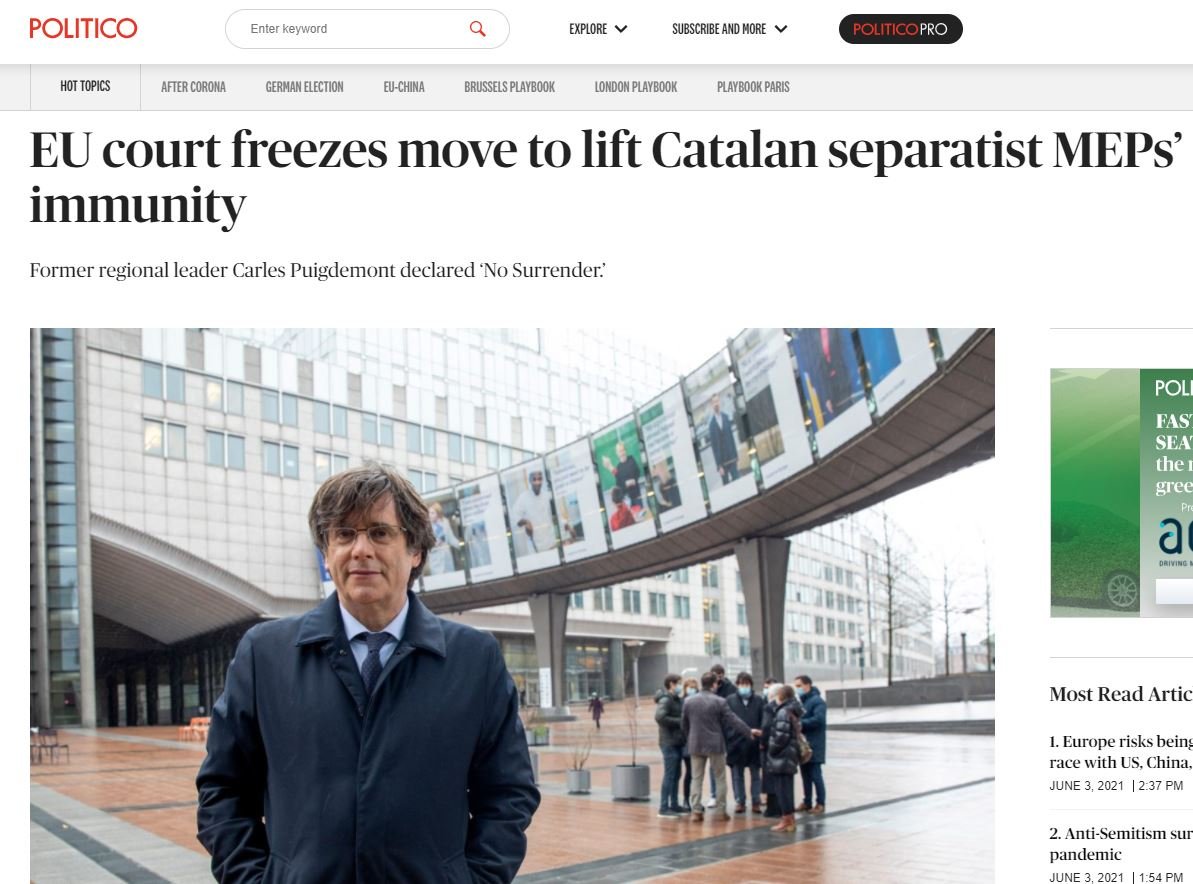 "Spain has been trying in vain to extradite Puigdemont, Comín and Ponsatí for years. It has failed in several attempts." 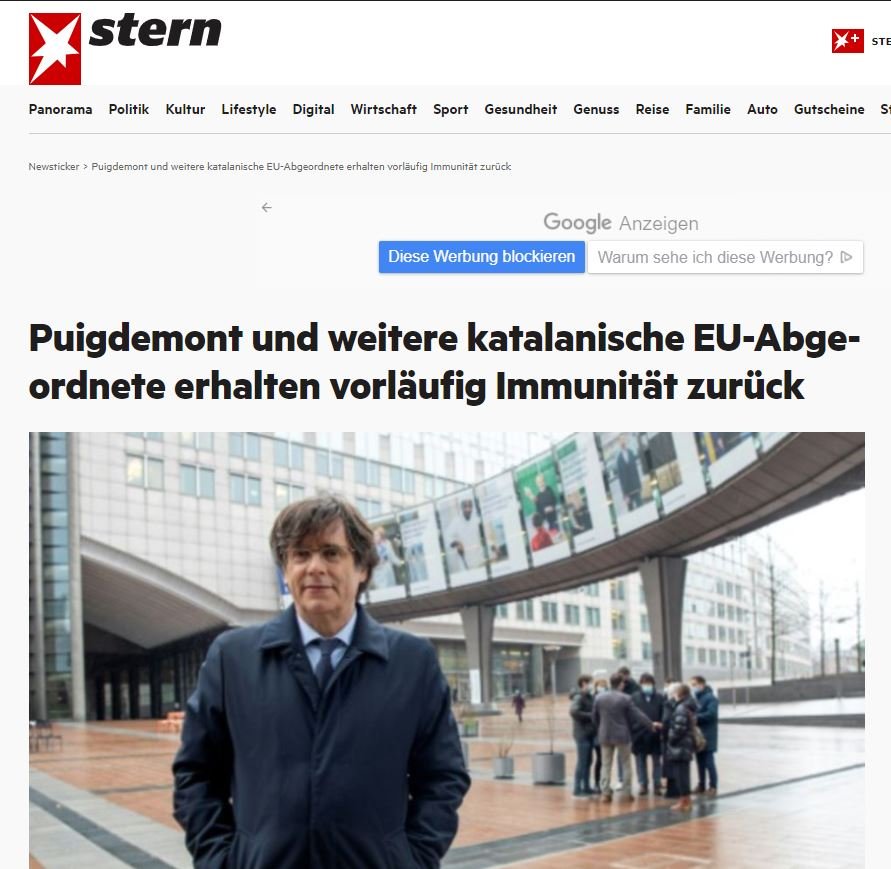 "They argued that there is a risk of being arrested in France if they attended the plenary session of the European Parliament in Strasbourg on June 7th." 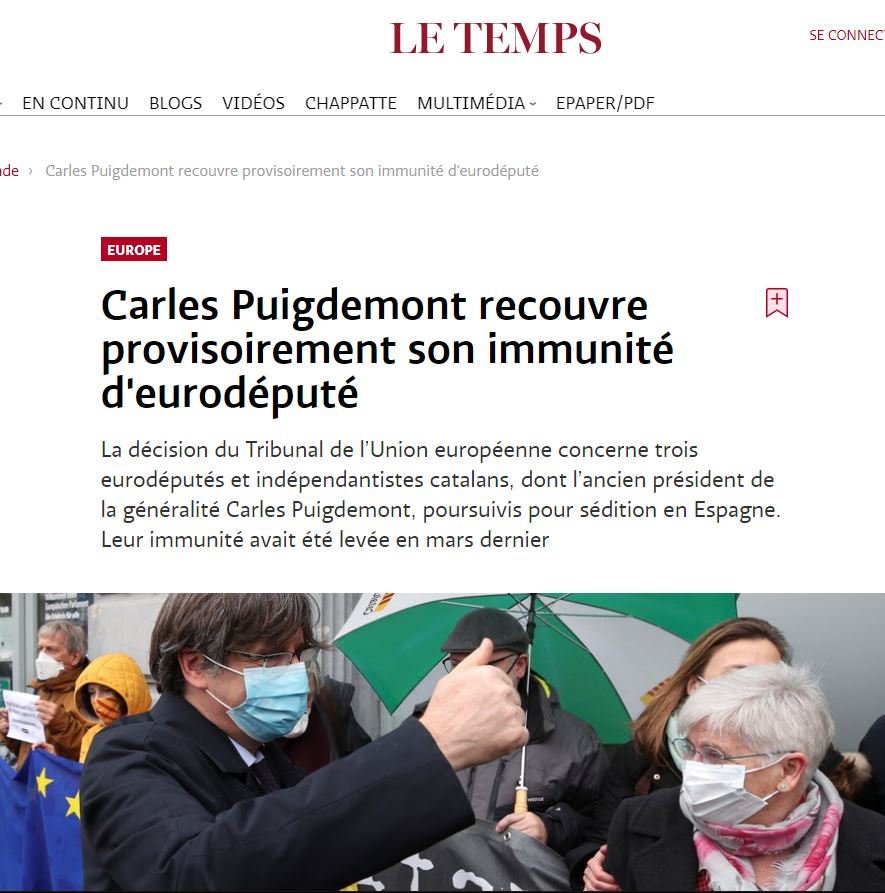 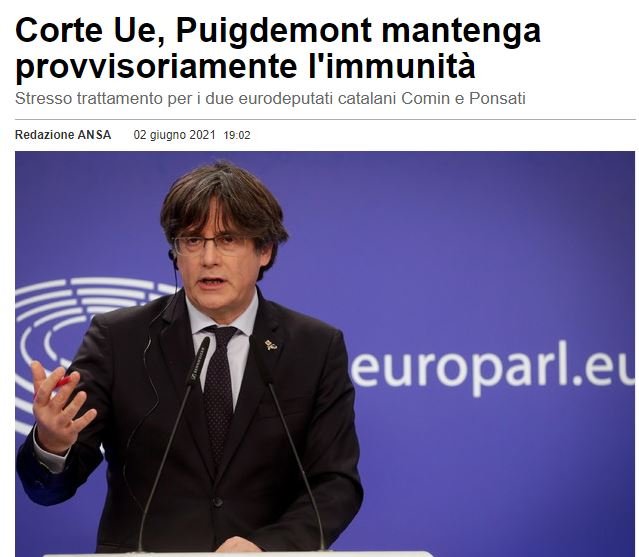 "The decision of the EU General Court will certainly not please the Socialist government in Madrid, which has violently repressed the Catalans who claim the independence of their country." 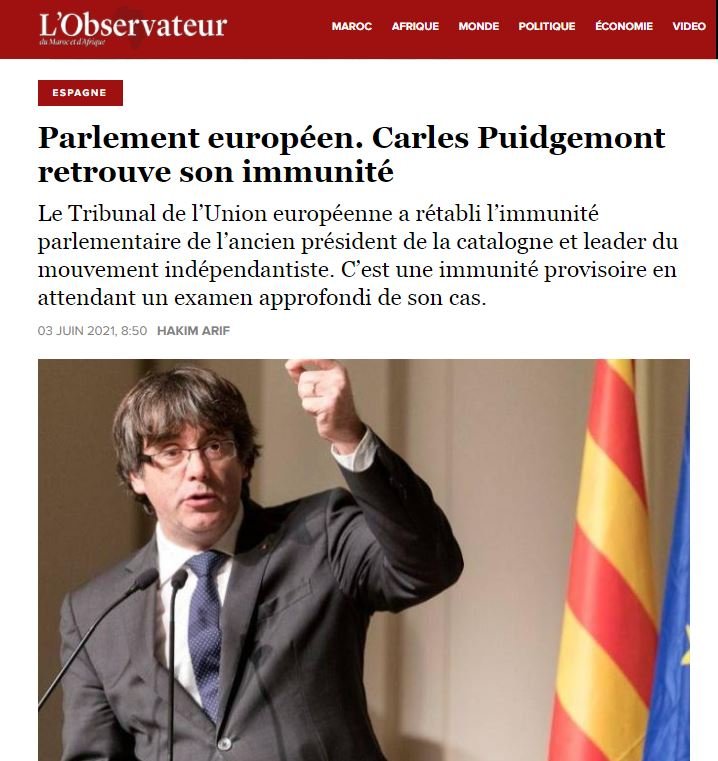