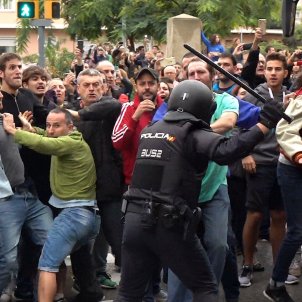 This Tuesday night, Catalan public broadcaster TV3 is to screen a new documentary on the Catalan independence referendum of 1st October 2017. The documentary is entitled 1-O, the acronym for the date of October 1st which has become synonymous with all the events that took place that day. And indeed, the approach of the documentary is to offer a chronicle of the day. Produced by Mediapro under the direction of Lluís Arcarazo, it is to screen in the TV3 Sense ficció current affairs slot, on Tuesday 9th January at 9:55pm.

The film is centred on the people "who made the referendum possible" and revisits the scenes that occurred at different polling stations, combining images shot by the producer, with other video obtained from different media as well as images recorded by ordinary people on their mobiles. In particular, the documentary shows the events that unfolded at several schools in Barcelona, Arenys de Munt and Sant Julià de Ramis. The chronicles and comments of a range of people who explain how they experienced 1-O  are mixed with video filmed live at the different scenes. The programme makers have avoided including politicians in the documentary, in order to focus on the intensity "as the people themselves experienced it". The programme team is now working on releasing the film internationally, either via international television channels or through festivals.

The documentary, which is around 38 minutes long, begins with images of a person leaving home carrying a ballot box which they had hidden there, and then jumping forward to a polling station, showing the moment when people arrive carrying the ballot boxes and electoral documentation for voting, as well as the first moments as the polling stations were constituted. As the story unfolds, it shows the immediate problems that had to be solved at each voting centre before voting could get underway: the failure to receive electoral notifications, and, therefore, the failure to have citizens predesignated to staff each polling place, and the failure of computer systems. In both cases, the chronicle shows how volunteers took on the roles of polling booth staff and helped to minimize the technological problems. In the final stages of the referendum day, the documentary shows how the vote counting was carried out at the points where the producer filmed.

The film captures the moment that Spain's Civil Guard forces arrived at the polling centre in Sant Julià de Ramis, where Catalan president Carles Puigdemont was due to vote. At this voting station, the cameras show both the entry of the security forces as well as the frantic efforts, without success, of the volunteers to hide the ballot boxes. The documentary also interviews Roger Español, who explains how he has lost vision in one eye after being hit with a rubber bullet on October 1st, and that he has not been able to identify the agent who shot him. Español declares that he hopes he will be the last person ever to be injured by rubber bullets fired by Spanish state forces. 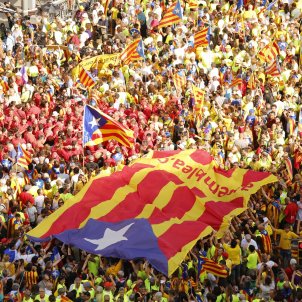 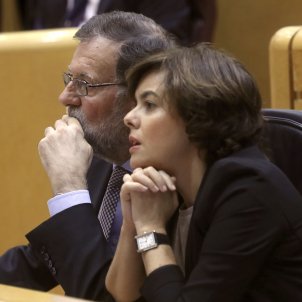