To manage the largest injection of resources ever approved by the European Union without intermediaries. Catalonia is leading an alliance of European territories that have come together to ask to have their own direct input into the decisions on how to invest European funds to recover from the coronavirus crisis. The first step, a letter addressed to the presidents of the Commission, the Council and the European Parliament: Ursula von der Leyen, Charles Michel and David Sassoli.

The letter, which Catalonia's acting president Pere Aragonès, foreign minister Bernat Solé and EU representative Meritxell Serret presented in an appearance on Thursday, observes that during these nine months of pandemic, Europe's regions have been and still are "in the front line, taking continuous action to ensure a sustainable recovery." And they call on EU leaders to understand that "Europe can only emerge stronger from the crisis when its regions have the necessary means to implement dynamic policies" within the scope of their competences, which might include health and social policies, education and training, research and development, industrial policy, business development, transport and mobility, and infrastructure.

Along with Catalonia, this coalition includes the Basque Country, the Balearic Islands and the Valencian Community in the Spanish state, and almost twenty further territories in nine different EU member states. As explained by the Catalan foreign minister, Bernat Solé, the aim is not to create a new European committee or organ, but for the European regions to be allowed to actively participate themselves in decision-making at the highest levels related to the post-Covid era. They argue that "the Covid-19 crisis knows no national borders, but different regions face different challenges." 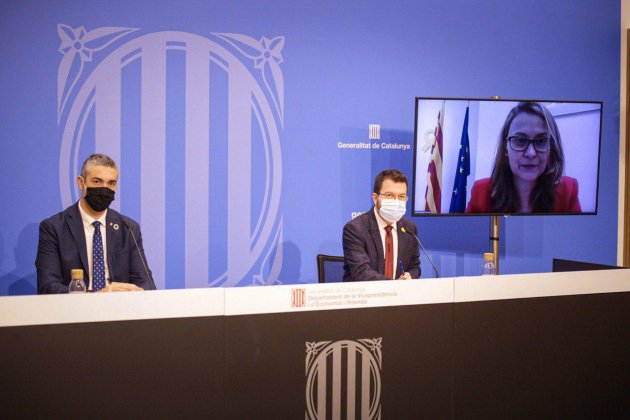 The stimulus package agreed by the European Union is historic. Never before has such a sum been mobilized. In total, 750 billion euros. The largest beneficiaries of these resources will be Spain and Italy, the worst affected by the coronavirus crisis.

In the case of Spain, the forecast is that it will receive 140 billion, to be distributed across all the autonomous communities. The Spanish government budget that will be passed in the coming weeks include 24.6 billion euros to be distributed throughout 2021. In fact, the budget agreement that Catalonia's ERC party has now agreed with the Spanish coalition government provides that the Catalan government can co-manage this fund.

The initial timetable which Europe envisaged was that between January and June this aid would begin to reach the respective member states. But they have encountered a stumbling block along the way: Poland and Hungary have vetoed the final approval of the fund. "We hope that it will be approved at the end of the year," said Meritxell Serret, Catalan government delegate in Brussels.