Most Catalans believe that Spain's Ciudadanos (Cs) party belongs to the extreme right, a perception very different from people in most parts of the Spanish state. This is one of the more revealing details that has emerged from the opinion poll released today by Spanish public agency CIS. Asked to rate each political party's left-right positioning from 1 (furthest left) to 10 (furthest right), a massive 32.5% of Catalans place the party led Albert Rivera and Inés Arrimadas at '10', while another 29.4% give it either 8 or 9. Thus, in total, 61.9% of Catalans believe that Citizens belong to the far right.

If the next three positions on the scale, 5-7, are indicative of a centre-right party, only 18.6% of Catalans place the Cs party there. The party's official discourse is that it is centrist. 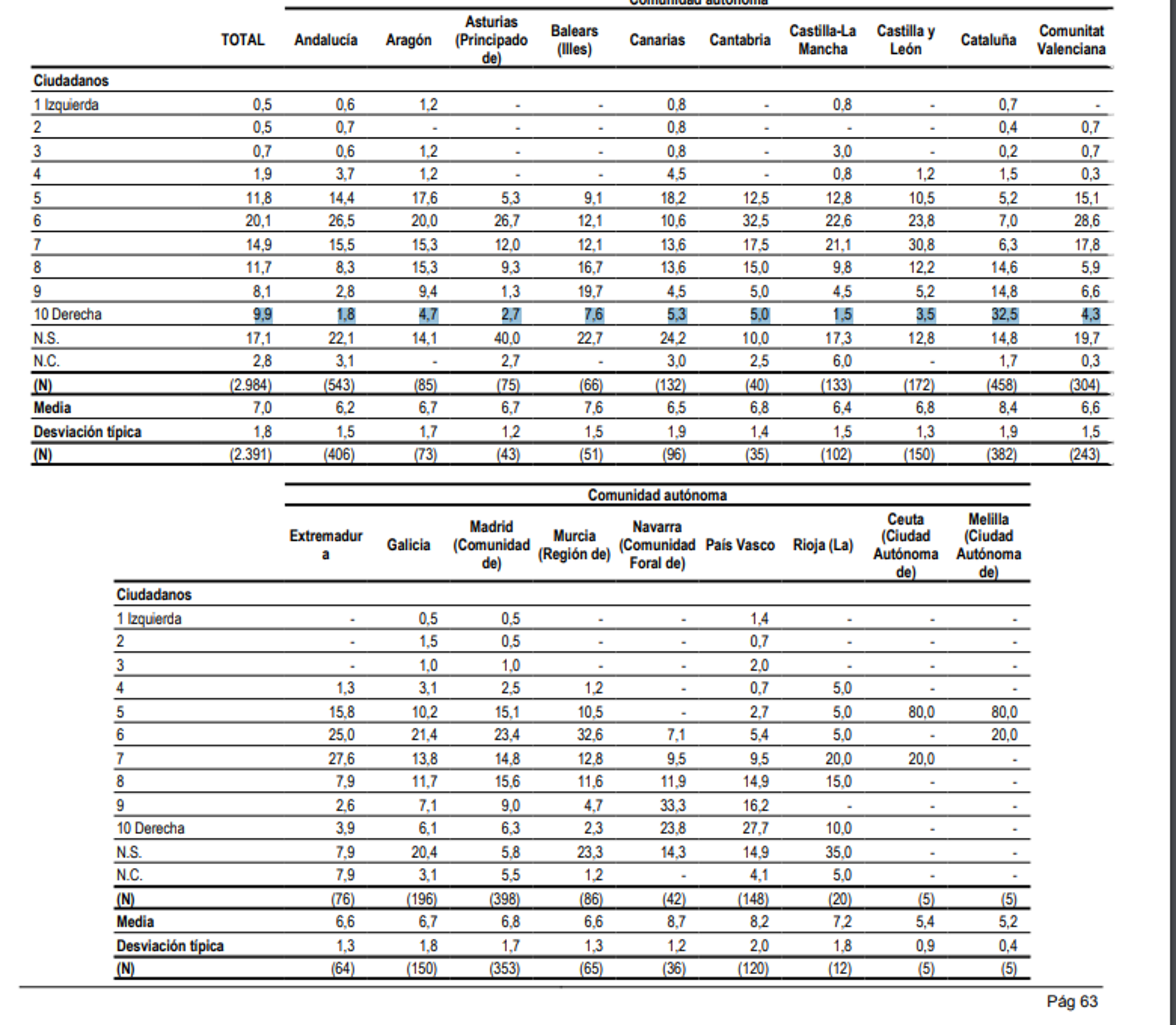 The Catalan view of the Cs group coincides closely with the opinions held in the Basque Country and neighbouring Navarra, although opinions in these latter territories are held slightly less intensely. About 28% of Basques give Cs a 10, while in Navarra the figure is close to 24%.

This negative view of the Ciudadanos political group, which was created in Catalonia and has always been strongly opposed to Catalan independence and Catalan language policies in schools, has little in common with how the party is perceived in the majority of Spain's autonomous communities, where the official discourse seems to have made inroads. In almost all of those territories, the median rating given to Cs is between 6 and 7: comfortably centre-right.