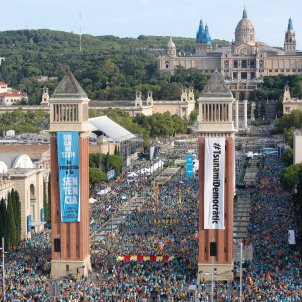 The Catalan independence movement has once again responded to the call for a massive turnout at the annual rally for the Diada, the Catalan National Day. Despite the movement's difficulties in making progress towards its goals, the streets of Barcelona were once again inundated by a multitudinous rally this Wednesday afternoon, calling for unity among Catalan political parties and showing the support for the movement in the approach to the verdict in the Supreme Court trial of 12 pro-independence leaders. According to estimates from the Barcelona city police, 600,000 people took part. Among the most popular chants: "unity", "independence" and "not one step back".

In spite of the Catalan movement's failure to agree on a joint strategy, a good part of the independence movement decided to leave its disappointments at home and return to the streets. The central point of the protest, at Plaça Espanya, as well as the broad Gran Vía boulevard and the other adjacent streets began to fill an hour before the start time and were almost inundated by the time it officially began.

Although a few weeks ago, the rate of registrations for the mobilization was much lower than in previous years - leading some sectors to make very pessimistic predictions - the trend turned around in the end and 450,000 people registered. As well, around 250,000 t-shirts were sold and places on 1,300 buses from all over Catalonia were filled, according to data from the main organizing group, the Catalan National Assembly (ANC). But the organizers did not give their own estimate for the actual turn-out on the day, beyond evaluating it as a "success".

This year, however, the mobilization was different in several respects from that of the last eight years. Not only because it was the second consecutive Diada rally with leaders imprisoned and in exile, but also because, this time, the ANC wanted to give full prominence to civil society, eliminating the area reserved for the political parties and authorities, and focusing all the speeches on figures from different parts of Catalan society. Thus, protagonism moved away from the politicians.

Accordingly, the leaders of the major civil groups ANC and Òmnium Cultural were more prominent in the speeches, calling on the parties to recover their unity and demanding a "sense of state" from them, in view of the difficulties which could arrive in the months ahead with the release of the Supreme Court verdict. With regard to this, ANC president Elisenda Paluzie argued that "only with unity will we finish what we've started", assuring that it is in the hands of the movement "to demonstrate that independence is possible."

Paluzie acknowledged that this has been the most difficult mobilization to carry out, because of the lack of motivation in a part of the independence movement, and for that reason she congratulated all those attending for returning to the streets. "We've done it," she asserted, in a speech in which she was also very critical of the parties, accusing them of slipping backward and of delegitimatising the 1st October referendum and the unilateral path to independence. 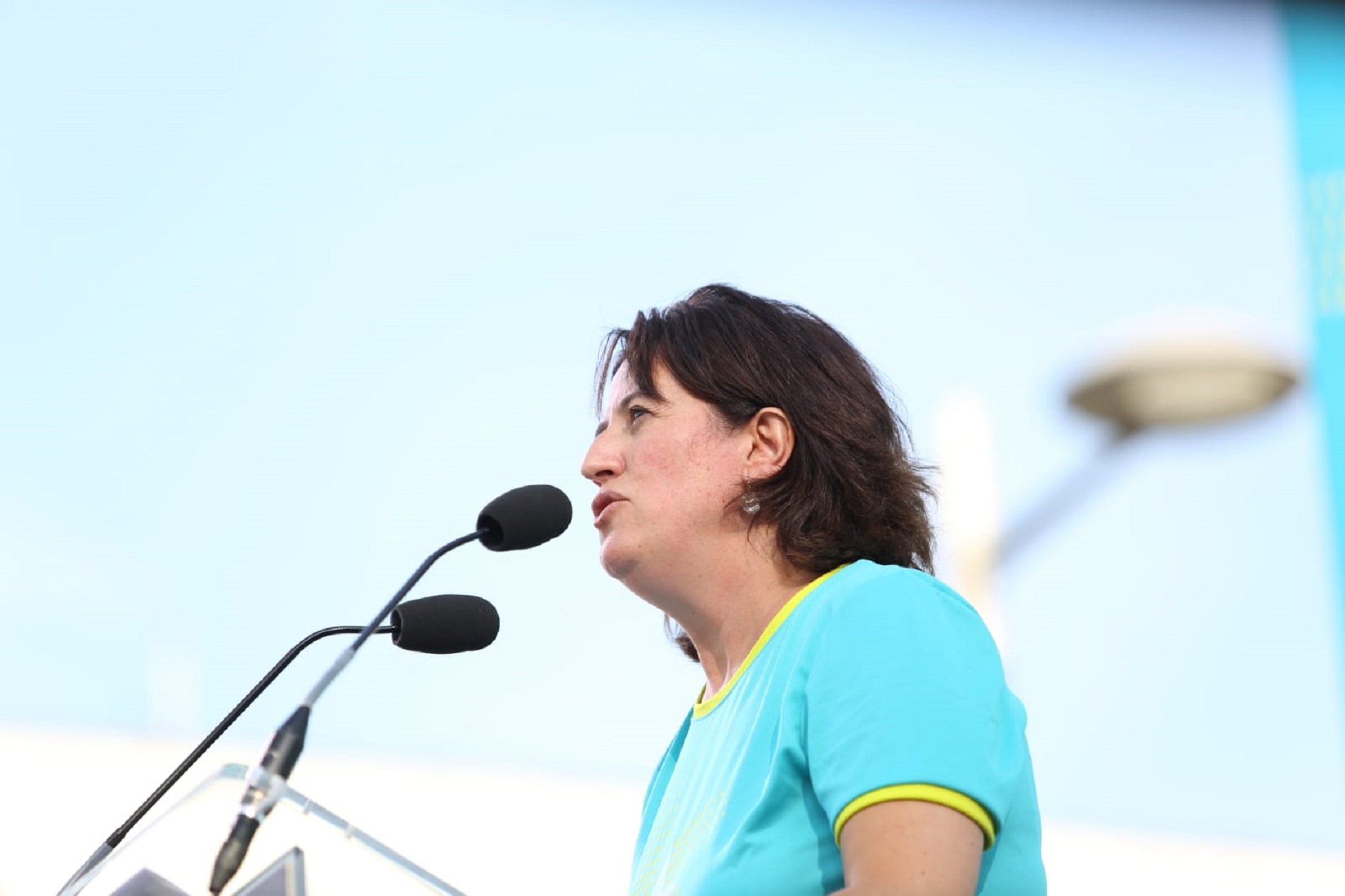 The vice president of Òmnium, Marcel Mauri, also congratulated the movement for achieving another massive turnout, saying that the streets of Barcelona had been filled with "freedom" and "dignity". Mauri also recalled the political prisoners and denounced the Spanish government for its failure to comply with the UN Working Group's directive to release them. "You have two months left to free the prisoners, and if they are not released then, Spain will be in violation of international legality," he warned Spanish prime minister Pedro Sánchez.

Regarding the Supreme Court verdict, Mauri asserted that if the 12 independence leaders are convicted, Catalans would "once again exercise each and every one of the rights for which they are condemned." Other leading figures from civil society also spoke, including the director of the Catalan Film Academy, Isona Passola, chef Ada Parellada, and singer-songwriter Lluís Llach.

This Catalan National Day rally has taken place as Catalonia awaits the announcement of the Supreme Court verdict and although a few weeks remain until the court delivers its decision, which is expected in the first half of October, the Catalan government and the two pro-independence parties that form it, JxCat and ERC, still have no clear, unified strategy on how to handle it. The differences on this subject have led to discrepancies being aired between the main pro-independence leaders and there have even been clashes in the institutional sphere.

However, the spirit of the Diada, and the will of both JxCat and ERC for it to be a success, led to a truce. Both parties attempted to give a unified image in the lead-up to September 11th, although they also attended the mobilization separately, partly because of the ANC's initiative in giving more prominence to ordinary Catalan, eliminating the so-called "row zero".

Last Sunday, all the Catalan prisoners and exiles signed a letter calling for a massive turnout at the Diada protest, with similar calls being made by the Catalan government and the pro-independence political parties, and in the end the people responded. In spite of all the impediments, another massive mobilization was achieved - to confront the state's repression and to demand unity from the parties to take Catalonia forward to independence. 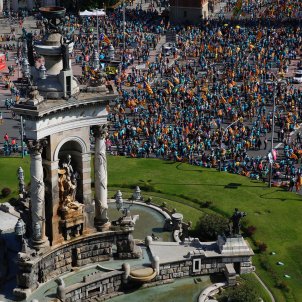 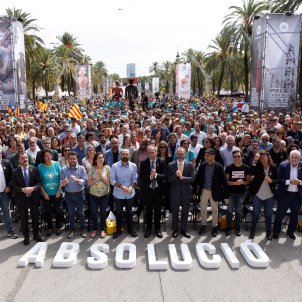