Forcadell's heartfelt return to the Catalan Parliament: "It's an incomparable honour"

Two and a half years later, Carme Forcadell has returned to the Parliament of Catalonia to take part in a joint declaration by the speakers of the chamber, past and present, marking the fortieth anniversary of the re-establishment of the Catalan institution after the Franco dictatorship.

Received by current speaker Roger Torrent at the entrance to the chamber, Forcadell was applauded by dozens of Catalan MPs as she came up the historic building's main staircase. "Accepting the position of speaker of parliament is an incomparable honour, but it also entails a great responsibility," she asserted in her address in the Despatx d'Audiències hall, accompanied by former speakers Núria de Gispert, Ernest Benach and Joan Rigol, as well as Torrent. 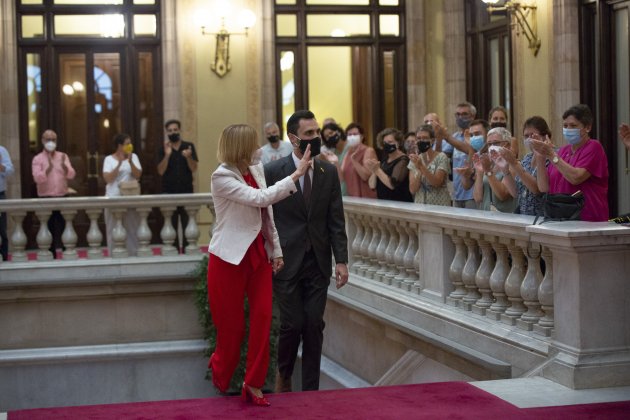 Forcadell, accompanied by Torrent, is greeted with applause. | Sergi Alcazar

The imprisoned speaker of the Parliament of #Catalonia, @ForcadellCarme, visited Parliament today - 896 days after leaving it to go to jail. In October last year, she was sentenced 11.5 years in jail for allowing a debate in the chamber. Democracy? pic.twitter.com/2FpXuVLTIt

The former speaker, who is serving a prison sentence of 11 years and 6 months for sedition, largely resulting from her role in admitting pro-independence legislation to parliamentary debate and vote in 2017, used her address today to defend the freedom of expression: "An immense treasure that we must always preserve."

She also defined Parliament as "the institution of free speech, of the country's plural voice, of political dialogue without limits" and presented it as "a space for debate where everything that concerns the public must be able to be expressed and debated freely, only limited by due politeness and respect for the rest of people's representatives".

Carme Forcadell's address today at the Parliament of Catalonia in its entirety.

Forcadell was also candid about her feelings when she took over the role of speaker, in a speech with a  markedly feminist tone. "You often feel the weight of history, of having to live up to the standards of those who preceded you. Despite political discrepancies, we are aware that we form part of a project, and that is Parliament," she said.

In this respect, she appealed to the continuity of the institution because "often, major changes require persistence over time", citing equality between men and women as an example. "Parliament has come closer to numerical parity between its representatives, but has not achieved it," she acknowledged, adding that "a further step needs to be taken." 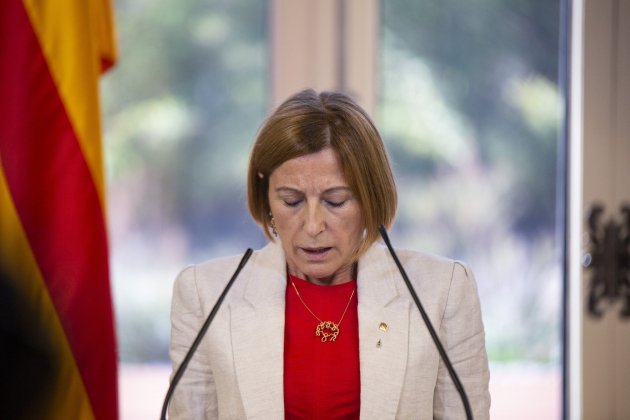 Carme Forcadell during her speech on the occasion of the 40th anniversary of the re-establishment of the Catalan Parliament / Photo: Sergi Alcàzar

Roger Torrent's speech was much more focused on the current conflict between Catalonia and Spain. The current speaker of the Catalan chamber said that the effects of the Covid-19 pandemic and the conflict with the state, which he described as a "democratic anomaly", are "immediate challenges". 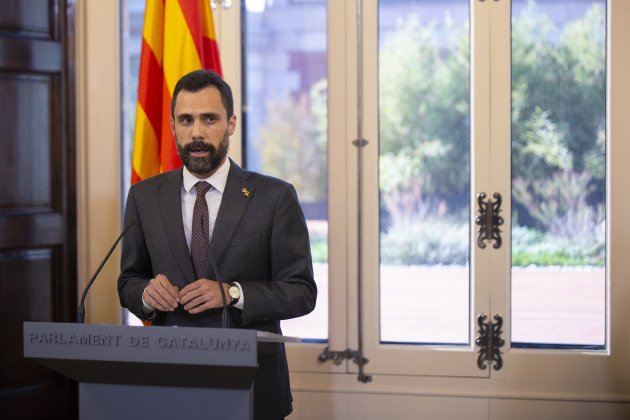 He also dedicated words of support and affection to Forcadell, declaring that she is serving a prison sentence for having held the office "with democratic dignity." "Carme, injustice has seldom been made so apparent as in your case," he said.

"The limits of the model of autonomous regions and the regime of 1978 are evident", he said, in reference to the Spanish state structures created by the 1978 constitution. "The peaceful and democratic revolution, in which the people decide their political future and stop the repression against independence, must be taken forward," he asserted.

In addition, Torrent did not hesitate to point out that "without these limitations, the Catalan Parliament could do more for the people's well-being." "Forty years after the restoration of democracy, people have to be allowed to choose whether or not they want a completely free Parliament. In a democracy this can only be decided by a referendum," he concluded. 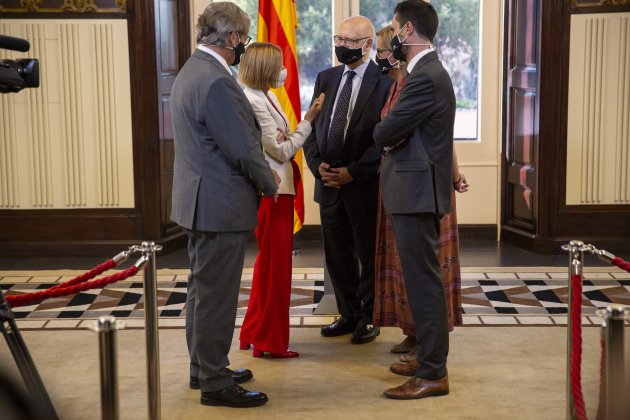