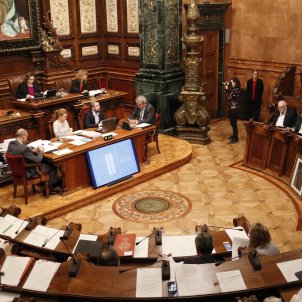 The Barcelona city council has rejected the Spanish Supreme Court decision to jail nine pro-independence leaders. The reason: the council considers that involving the courts "is not the right way to resolve a political issue." The council's motion on the Spanish court verdicts was passed this Friday, having been presented by the two pro-independence parties the ERC and JxCat, and passed with support of the BComú party led by mayor Ada Colau. It asserts that the trial was "political" and "without the necessary guarantees" and believes that the convictions are "against all citizens". The text demands the "immediate" release of the "political" prisoners and the return of "people who are exiled." The three Spanish parties represented on council - the PSC, Cs and the PP - all voted against, as did the Barcelona pel Canvi group.

The groups voting in favour - ERC, JxCat and BComú - speak out in the text of the motion (points 3 and 4) to denounce the "regression of rights and freedoms", and also agree to work together with the rest of the institutions and civil society to find "solutions" to bring about the release of the prisoners.

The motion also states (point 5) that the resolution of the political conflict must be brought about "through democratic channels, institutional dialogue and the democratic expression of the will of the people." "We recognize that Catalonia has the right to self-determination," says this point.

Point 6 of the motion states that people have the right to mobilize against the verdicts and in favour of rights and freedoms "peacefully and firmly, defending democratic values." It also expresses its "absolute rejection" of any form of violence.

The final point of the motion is a commitment to convey its content to the Catalan and Spanish institutions as well as international bodies in which Barcelona participates.

During the vote, ERC city councilor Ernest Maragall concluded that there was a "firm agreement" to reject the verdicts, release the prisoners and for the public to vote in a referendum on self-determination, an agreement that he considered to be "of minimums". From JxCat, Elsa Artadi criticized the fact that Spanish justice "has proved to be much more Spanish than it is justice" and that it is based on an "invented and prejudged" case which lacked any legal guarantees.

Translation:
"Today, we condemn the court sentences, we demand the right to decide and call for 'Freedom for the political prisoners', like so many other Catalans. We come together to connect citizens and institution. Governing means taking sides on rights and freedoms"— ERC Barcelona

"@elsa_artadi: The history books will say that there were just, democratic and innocent men who were sentenced to 100 years in prison, and there were men and women who did nothing to avoid it; and they will also speak proudly of a people who made their voices heard in the face of injustice." — JuntsxCat Barcelona

When the motion went to a vote, the differences between the two parties that form the municipal government were once again demonstrated: BComú voted in favour, while their partners the Catalan Socialists (PSC) lined up with the PP, Cs and Barcelona pel Canvi. BComú councillor Jordi Martí considered it was "indispensable" for the council to express its rejection of the sentence as it was "unjust", but also because it implied the judicialization of a "political" conflict, and he called for dialogue. He clarified, however, that BComú did not share "the current strategy of the independence movement" and criticized the "ineffectiveness" and "political disorientation" in the Catalan government, based on the other side of Plaça Sant Jaume from the city hall.

In contrast, deputy mayor Jaume Collboni (PSC) acknowledged that although all it is possible to give a view on any court sentence, there is "separation of powers" in a state under democracy. In this regard, the Socialist councillor argued that the trial was carried out "under complete transparency and guaranteeing the rights of all parties." 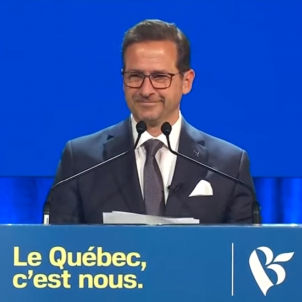 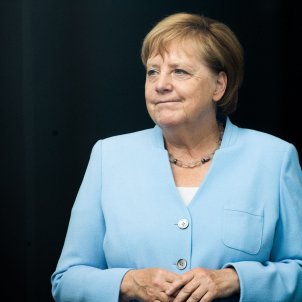