Waterloo, Lledoners and what lies just ahead of us 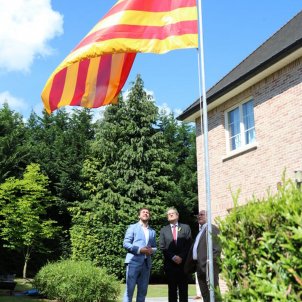 At the "House of the Republic" - the Catalan Republic, that is - in Waterloo, Belgium, there is a constant stream of people entering and leaving. Morning, afternoon and evening. Exiled Catalan president Carles Puigdemont does not cease to receive visits and hold meetings one after the other. At Lledoners prison in Catalonia, something similar is happening, within the limits imposed by the penitentiary regime. The president and the members of the "legitimate" government, some in exile and others in prison, have come to a conclusion, shared with president Torra, on which all strategies for the political term immediately ahead are to be based: "The release of the prisoners and the return of the exiles are not the priority objective, they are simply the essential precondition to be met before the dialogue with the Spanish state can become useful. And this dialogue has the objective of self-determination for Catalonia in 2019".

The argument used by both president Puigdemont and a good part of the ministers of his government is that "we are not in exile or in prison in order to then go home as if nothing had happened; we are where we are so that we can defend Catalonia's self-determination, and this sacrifice wouldn't have made any sense if it were not for the struggle to continue until it achieves the sovereignty of our people." With respect to this, the release of the prisoners is regarded as "the great opportunity that the Pedro Sánchez government has to redirect the situation, which would be a political success for the new Spanish prime minister".

Imprisoned and exiled leaders reiterate that the priority goal is not their release, but rather Catalonia's self-determination

In fact, except for the disorientation that occurred immediately after October 1st when the Spanish state unleashed its repression against the pro-independence leaders, the general approach of the Catalan movement has scarcely changed. It was announced months ago by Jordi Turull. "We have to find new paths to independence, because we have not gone to prison just to win the management of Barcelona's suburban trains." The rejection of a return to Catalonia's previous status as an Autonomous Region is, then, unanimous among the pro-independence leaders, although, as everyone knows, there are continuing tactical differences between Puigdemont and his vice president and leader of the Republican Left (ERC), Oriol Junqueras, on how to "implement the republic" and how to respond to each of the challenges posed by the state. These differences led to the theory that new Catalan elections would be needed by Christmas, but no-one is backing that horse anymore.

This, then, is the context of the new political term which will begin this week in both Catalonia and Spain, which looks at least as uncertain as the previous one, perhaps even more so, but which is bound to mark a definitive turning point in the Catalan independence process and in the political crisis of the Spanish state. As always, Catalonia's national day, the Diada on September 11th, will take the temperature of the independence movement's level of mobilization, and the movement will have to expend its energy carefully, considering that just ahead are the anniversaries of the October 1st referendum, the declaration of independence on October 27th, and, right after that, the most important of all: the trials of the jailed pro-independence leaders.

In line with the overall strategy, the legal terms are working seven days a week preparing a defence that is inequivocally political. The attitudes of Spain's Supreme Court and the state prosecutors have led to the general conviction that the Spanish state is treating the trials as "an act of war" against the independence movement and that the verdict is practically already decided. Thus, the defence strategy will be based firstly on exposing that it is a "political trial without legal guarantees" which violates the rights of those imprisoned and of the movement they represent, as well as defending the "legitimate aspirations of the Catalan people." Rather than addressing the court, the words of the accused will be directed at Catalan society and the international community. At this point, the Council of the Republic - the instrument set up by Puigdemont in Waterloo - will be working at full capacity. Its main mission will be to keep the internationalization of the Catalan conflict alive. Puigdemont wants the Council to have transversal representation, not only in terms of parties, but of all groups, organizations and associations committed to the Catalan people's right to decide their future.

After the verdicts, the independence movement will consider if objective conditions apply that open up new scenarios for a break with Spain

The calendar of the trials is not fixed, and it's even less clear when sentencing will take place, because the Spanish state wants to avoid affecting the campaign for the 2019 municipal elections, due in the spring - a goal which, actually, seems almost impossible. A severe sentence will be an incentive for the independence movement to present joint candidatures everywhere and win the mayoralties of the main cities, the four provincial councils and assert territorial hegemony over the 900 municipalities. The question of joint lists, however, is the one that generates most discrepancies between the different independence groups, especially in the city of Barcelona.

The thesis that only a unitary pro-independence candidature would be in a position to win as the most voted list in the capital of Catalonia is not shared by the Republican Left, which could win standing alone. At the moment, the starring roles in the battle of Barcelona are being played by the current mayor, Ada Colau, and former French prime minister, Manuel Valls, candidate for Ciudadanos (Cs), who is working hard to win support from the Barcelona establishment. He is even willing to incorporate the PP (Popular Party) into his list. It goes without saying that a victory for Cs in Barcelona, ​​with the party's aggressive anti-independence discourse, would be a torpedo against the independence movement with very negative consequences for the credibility of the process.

The independence movement is not planning to let the Pedro Sánchez government fall, as long as it does not act with disloyalty

Once the trial sentences are given, the independence movement will need to analyze the situation and define its next steps. It will be a moment when everyone will have to honestly appraise whether the objective and subjective conditions open up new scenarios for a break with Spain.

In parallel, the contacts between the Catalan and Spanish governments since Pedro Sànchez came to power have been frequent and more cordial than they might seem, but still without any meaningful agreements. For Pedro Sánchez, the most critical element is the support of the Catalan parties for his budget, because if Sánchez is denied supply, the calls for him to go to elections will become deafening. Right now, it does not seem that the two Catalan parliamentary groups in Madrid, ERC and PDeCat, are willing to make things too difficult for the Spanish executive, provided that Sánchez does not act with disloyalty. It seems difficult, but even the PSC - the Catalan Socialists - could intervene, with parallel actions in the Catalan parliament, to facilitate the understanding. For the time being, the pro-independence parties do not intend to allow the Sánchez government fall, as the PP and Ciudadanos would like, but as the great Catalan poet Miquel Martí i Pol put it, tot està per fer i tot és possible. "Everything is still to be done and everything is possible". 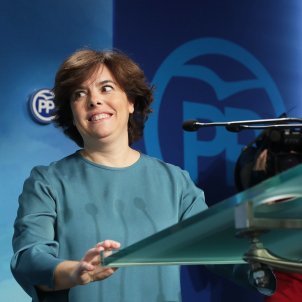 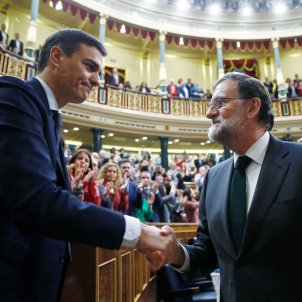