Arnaldo Otegi to ETA terror victims: "We feel their pain. It should never have happened"

On the tenth anniversary of the end of ETA, the general coordinator of Basque political party EH Bildu, Arnaldo Otegi, has this Monday expressed "sorrow and pain for the suffering endured" by the victims. “It should never have happened,” Otegi declared. In this way, Otegi, leader of the abertzale left, the pro-independence political line of Basque nationalism which was most closely associated with the ETA terrorist group, breaks definitively with the past.

Otegi and Arkaitz Rodríguez, general secretary of abertzale party Sortu, today made public a solemn declaration on the occasion of the tenth anniversary of the Aiete Conference, at which ETA abandoned its armed struggle, and the two leaders sent a message specifically addressed to the victims of ETA. With this statement, they sought to share "with the whole of Basque, Spanish and French societies" as well as with "international public opinion" their commitment to peaceful and democratic paths.

"We feel their pain"

"We want to convey our sorrow and pain for the suffering they have endured. We feel their pain and that sincere feeling leads us to affirm that it should never have happened, as no one could be satisfied that all that occurred, nor with it going on for so long. We should have managed to reach Aiete sooner," the statement said. 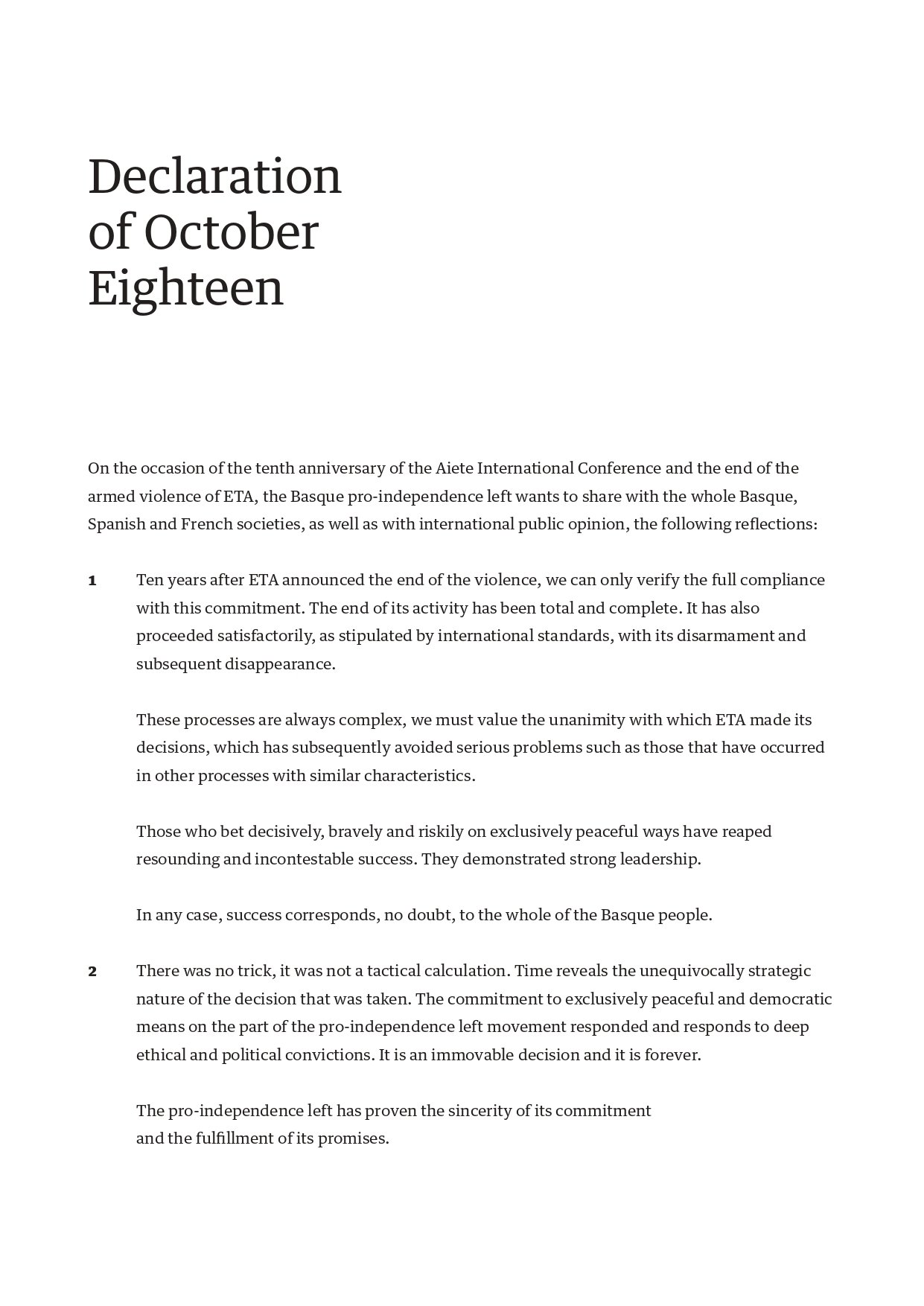 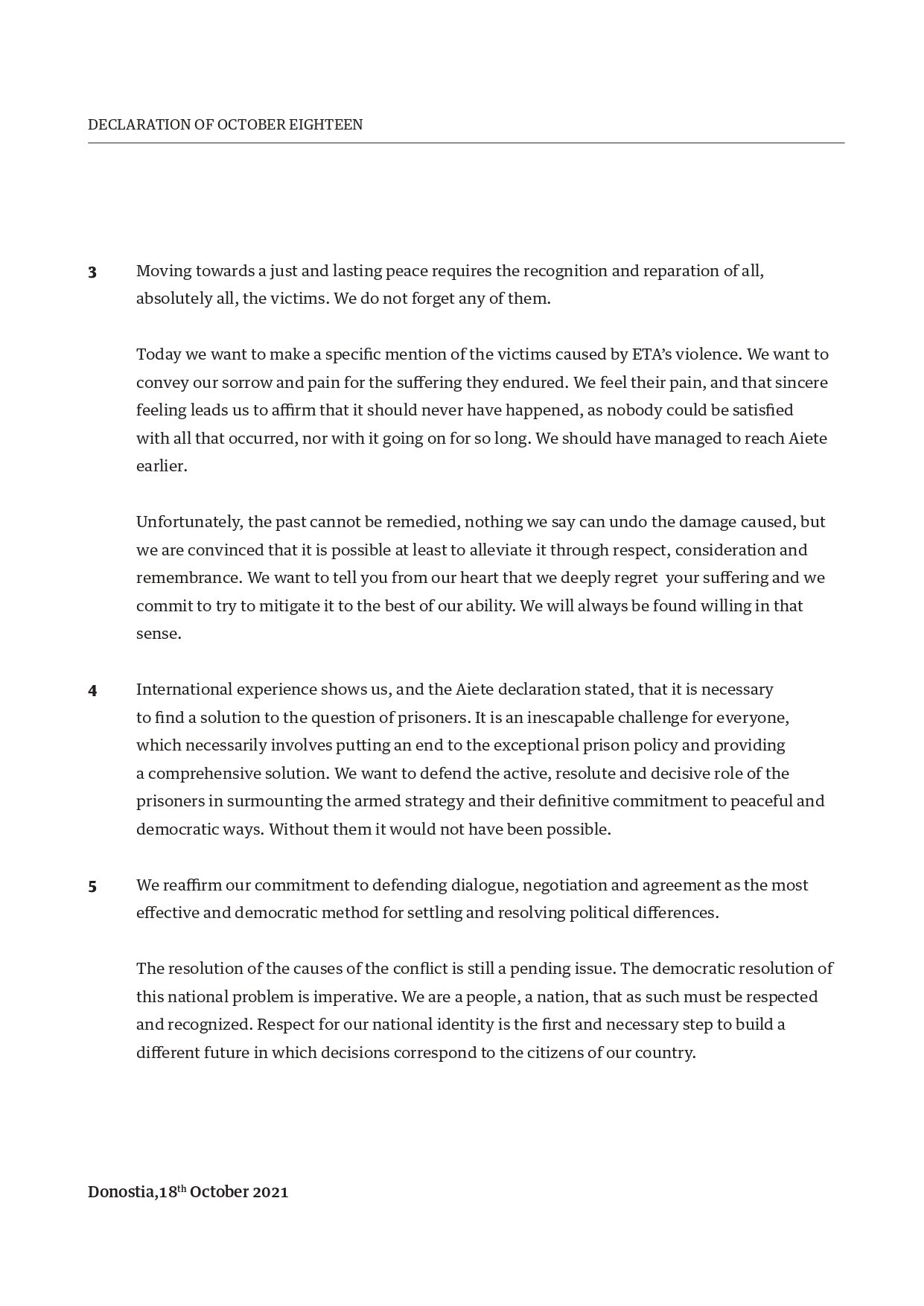 “Unfortunately, the past cannot be remedied,” so nothing they say “can undo the damange caused,” Otegi admitted in his statement. "But we are convinced that it is possible at least to alleviate it through respect, consideration and remembrance. We want to tell you from our heart that we deeply regret your suffering and we commit to try to mitigate it to the best of our ability. We will always be found willing in that sense," said the Basque pro-independence leader.

The leaders of the abertzale left stated they "verified the full compliance" with the commitment made by ETA ten years ago to end armed violence. They underlined the unanimity with which ETA had made its decisions, an approach which has, in their view, avoided the "serious problems" that have occurred in other peace processes. In this context, they have acknowledged that the "resounding and incontestable" success of the peace process in the Basque Country corresponds to "the whole of the Basque people".

For his part, the deputy head of the Basque government, Josu Erkoreka, stressed this Monday, on the tenth anniversary of ETA's abandonment of armed struggle, that "in Euskadi people live more freely now" and "positive progress" to improve social harmony has been made.

Erkoreka stated that we are currently "materializing social co-existence in a different way", as "there is more liberty and there are no people persecuted who have to been accompanied by bodyguards because of the political ideas they support", something that, in his opinion, "is a big step, very positive."