The effects of Saturday's demo 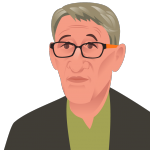 It was clear that last Saturday's demonstration would have political effects beyond the reasons for which it was held. For sure this was not the intention of the organisers, but it was immediately apparent that Spanish nationalism would want to use the occasion to recover from the frustration that it had felt for the events of the 72 hours following the attacks and, especially, for the international media's positive and laudatory interpretation of the Catalan police and political management of the crisis. The recognition must sting them.

Even though the day after the attacks, in plaça Catalunya, the king and the Spanish government -which has a representative that acts like the worst British viceroys in India- attempted to capitalise on the minute's silence, they could not avoid the Catalan government and its police coming out of the bad spell stronger than before. The spontaneous shout "I'm not scared" has become a popular and universal clamour that the politicians have had to take on, that came from the people's hearts, of the same simple and very Catalan people who have filled the streets in Barcelona, Cambrils and Ripoll. Independence starts in people's heads before it can become a political reality. Without this mental disconnection it is impossible to attain sovereignty. It's the prior step that surpasses, and by a lot, the cry for literary independence of the "Renaixença" generation who, in the 19th century, pushed for the survival of Catalan literature and for the regeneration of Spain.

Catalonia is today a semi-state, especially because a very large part of the society, which what's more is hyper-motivated and mobilised, has for a long time not felt Spanish, not acted as if it is

And in this sense, Catalonia is today a semi-state, especially because a very large part of the society, which what's more is hyper-motivated and mobilised, has for a long time not felt Spanish, not acted as if it is. The disconnection is not cultural, it's political, and as such will cause a far greater rupture than the Renaixença and the political Catalan nationalism of the 19th century caused to a Spain traumatised by the loss of Cuba, the Philippines and Puerto Rico. The current generation of Catalans lives in another world and considers the Spanish institutions, including the monarchy, as among the problems that affect Catalonia and its deteriorated self-government. Corrupt Catalans have also contributed to the state of affiars, but everybody knows how to separate the wheat from the chaff and the current political context does not at all resemble that following any violence by ETA. Nor is it the same as that that followed the Islamic terrorist attacks on 11th March 2004, although the PP (People's Party) has reacted now, as then, with a string of lies.

The Catalan independence movement has very deep roots and it has grown to become the majority position in the sense that the middle classes, those whose votes are fought for by ERC (Catalan Republican Left) and PDeCAT (Catalan European Democratic Party), have lost their fear. The fear of everything. It's clear that in this process of empowerment, PDeCAT's embracing of independence has been very influential, as has Carles Puigdemont -the natural leader of the party, despite his reticence- being seen as a guarantee of an ideologically moderate independence movement. It is also true that some leaders of ERC have been able to make hay regardless of the circumstances. The thing is that between them, but especially thanks to the great civic majority that has no membership of any party, the wish for independence is today predominant in Catalonia. The parties have more doubts than the public about the referendum. Having got here, it would be absolutely suicidal for any of the pro-independence parties to take a step back. Then the waste paper basket of history would really be filled.

Therefore, in such an atmosphere, it was necessary to expect that Spanish nationalism would attempt to use the occasion to demonstrate to the world that Catalonia is Spain. And on Saturday it did not manage to, in spite of the absurdity of having offered them the opportunity too quickly. The naïve ones that asked online that no pro-independence flags be unfurled at the demonstration, I don't know what world they live in. It's once again been the people who have imposed their law, without fear of any kind, because it seems, of the half a million demonstrators, three quarters were independence supporters. The plastic Spanish flags given out by the PP and SCC could not compete with the bright fabric Catalan flags that the people brought from their homes to the passeig de Gràcia. This exhibition of pro-independence flags was as spontaneous as the shout of “I'm not scared”. Like the whistling against the king and prime minister Rajoy. It is the response of the people to what has happened since the day of the attacks, once everyone has been able to see how the PP government hasn't stopped criticising the Catalan authorities and, especially, trying to discredit the Mossos d'Esquadra (Catalan police). What a mistake, what a serious mistake! Even the most suspicious pro-union journalists have noticed it. The roses offered on Saturday to the Mossos and which covered the windscreens of police vans are the proof of the extent to which Rajoy and his ministers govern another country. The demonstrators who offered flowers to police offers, there were many of them, weren't rash CUP members. They were for sure people who vote moderately.

The 1st October is just around the corner and the terrorist threat won't change the plans of the Catalan government to push ahead with the independence referendum. Moreover, after the international uproar provoked by the events in Barcelona and Cambrils, president Puigdemont is a little better protected than before. I mean it would be difficult for Rajoy to explain his arrest, if it were to happen, or his firing as president of Catalonia. A president whose image was praised by Jon Lee Anderson, biographer of Che Guevara and The New Yorker journalist, to serve as an example against the wild and intransigent attitude of Donald Trump. The unionists would do well to not pay attention to the journalistic extreme right that takes refuge in pro-union newspapers in Madrid and Barcelona and online. The extremists take them to their ideological corner and from there it's impossible to understand what's happening in this country. 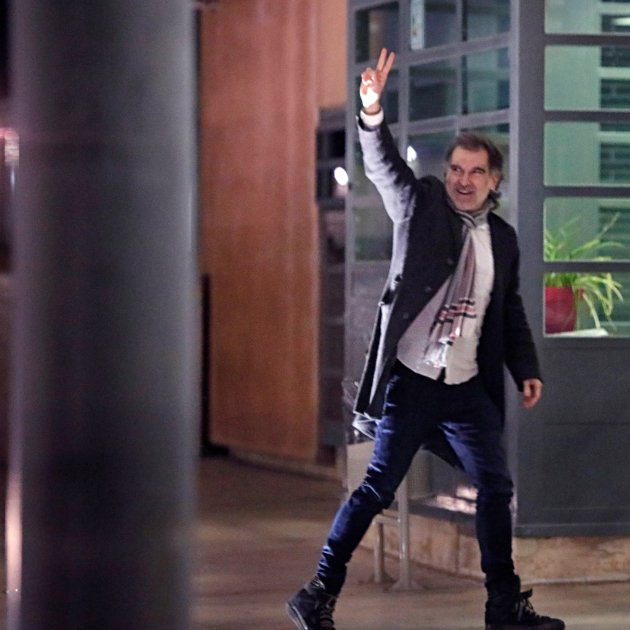 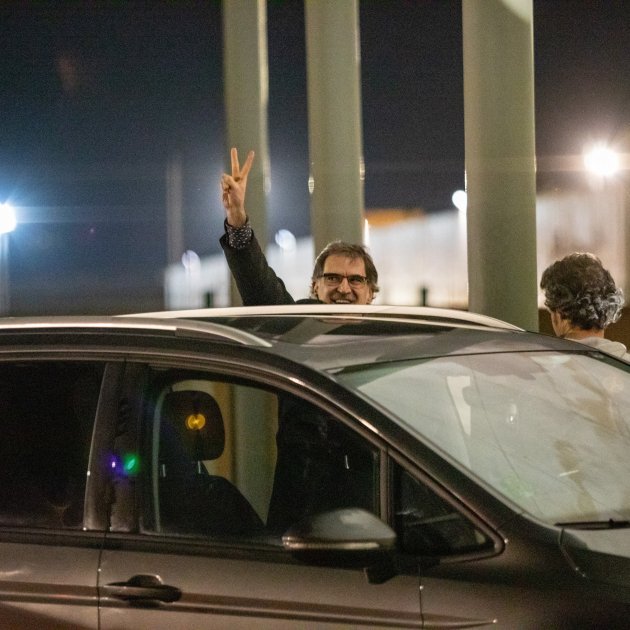 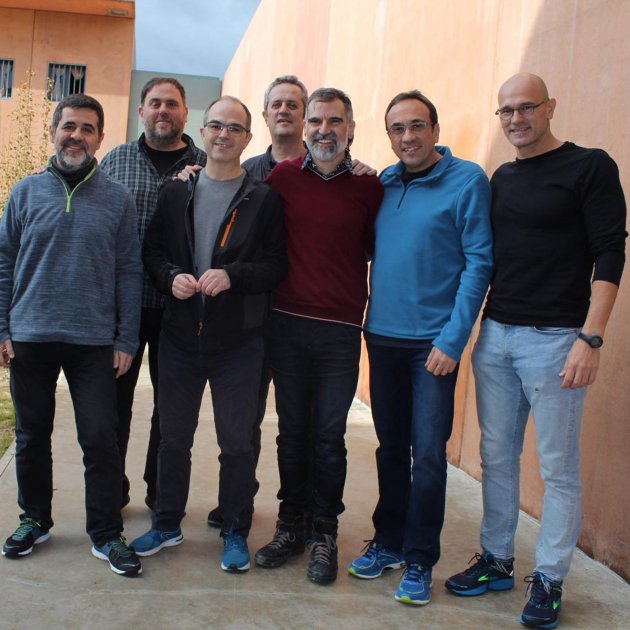 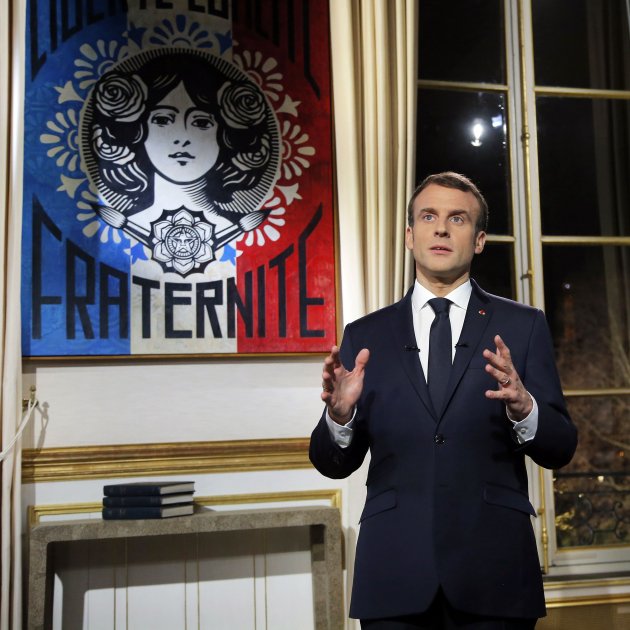 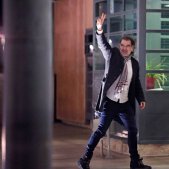 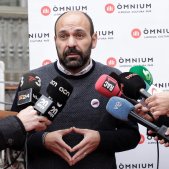 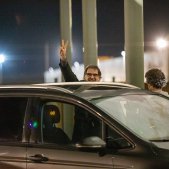 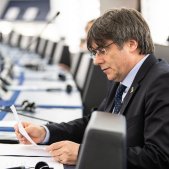