The Deplorable History of the Catalans 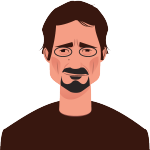 I have just turned fifty, and in this half century there has not been a year, not a single one, without the Spanish Government having issued a law or established a policy against the Catalan language and culture. So, maybe the right question is not “why are there so many Catalans who do not want to be Spanish?”, but rather “why is Catalonia still in Spain?”

Up to the fifteenth century, the two dominant powers in the Iberian Peninsula were Castile and Catalonia. Two very different countries, both for geographic and political reasons. In Castile, landlocked and unirrigated, the absolutist principle that the word of the king is law (la palabra del Rey es ley) had been reaffirmed. In contrast, in Mediterranean Catalonia, the monarchs had much more complex relationships with the people’s institutions, such as the Parliament or Corts. As one astonished observer would say, “for the Catalans the King is only such in abstracto,” while another would explain that “the last Corts have made the Catalans more republic than the English.”

In the fifteenth century the two countries are united by royal wedlock. But it must be properly understood: they do not meld. The respective sovereignties remain intact. Catalans and Castilians are vassals to the same monarch, but the latter’s attributions, at least in Catalonia, remain as limited as in the past. America becomes a purely Castilian enterprise because, since Catalonia is a separate kingdom, it has no rights. There are no Catalan Conquistadors.

Coinciding with the dynastic union —oh, paradox!— the true rivalry between Castile and Catalonia begins. It cannot be otherwise for they have diametrically opposed political models. The Catalans do not participate in the Spanish imperial enterprise. The laws of Barcelona, for example, prevent the King from recruiting Catalans to fight outside Catalonia. Thus, Castile alone maintains the wars in Flanders, in the Americas. The Catalans are accused of being unsupportive. Spanish writer Quevedo even describes them as the “leprosy of all kings.” But there is more. With the expulsion of the Jews in 1492, the kingdom needs to find a substitute for the “enemy within”. Who is to bear this heavy burden? The Spaniard’s collective image of the Catalans comes from then—even today! The Catalans as hoarders, and demure; Laborious, and odd. The Catalans “made to their own measure,” perhaps because they speak another language, and do so in bad faith, so we do not understand what they scheme. Clever, or rather sly, and selfish.

The difficult balance between the two kingdoms ends in 1700, with the outbreak of the War of the Spanish Succession. It is in fact a European conflict between the two powers of the time: France and England. The contenders seek allies: Castile joins France; Catalonia, England. In the European battlefields the fight is for Continental domination; In Spain, it is a fight to the death. The Catalans know that if their absolutist enemies vanquish, it will be the end of their institutions. It is not an ethnic war, but one of political projects, and this will allow individuals to cross the lines: the Catalan leaders choose a Castilian as the military commander of their troops.

The war is fierce. And in 1713, because of political interests, England abandons Catalonia to her fate. Alone, Barcelona resists an entire year of siege. She surrenders in 1714, after a terrible assault in which thousands of civilians and soldiers die. It is on one 11th of September, now the national day of Catalonia, the Diada. But if the battle was fierce, the repression would be worse still. The institutions are abolished, the language prohibited, dozens and dozens of places set ablaze. Three hundred years later, the correspondence of the Castilian officials still shocks: “We should hang them all” writes a commander in Madrid, “unfortunately we won’t be able to: we have too few gallows.”

As of 1714, Spain ceases to be a confederal state to become what it is still now: a project set in a strictly Castilian mould. And yet, every time a republic has been proclaimed, or a dictator has died, that is, with every democratic wave, Catalonia has been at the forefront of the cry for collective freedom. Until today.

Today, a majority of Catalans is beginning to understand that it is impossible to be Catalan within Spain. Spanish political power is simply too inflexible, too intolerant. Catalanness is still viewed as a pathogenic element, a tumour. Madrid does not even hide the fact: “Our goal,” said their minister of culture recently, “consists of Hispanicising Catalan children.”

Catalonia is experiencing an extraordinary process of social mobilisation, inspired by Mandela, by Gandhi. Their demand? That Catalan society should freely decide on its future, something that Spanish laws prevent. There is no counter-offer: Spain has confined itself to intimidating Catalan society, labelling its leaders as “Nazis” —however incredible that may seem— and to threaten exclusion from the European Union. But if the EU has done everything in its power to keep a burdensome, bankrupt state like Greece within the union, why should Catalonia, a prosperous, fiercely pro-European, net contributing host to so many European companies be expelled? What wrong has Catalonia done? Make calls for democratic principle?

In 1714, England felt guilty about abandoning the Catalans to such an ugly fate, and published a manifesto —The Deplorable History of the Catalans— in London. Today, what Madrid fears most is that a higher power forces them to negotiate with the Catalans. And this will only be achieved by an informed European public opinion. Please inform yourselves. What is happening in Catalonia is wonderful. A civic revolution, and democratic renewal. And listen to all the parties, not just Spain’s mouthpieces in Madrid. And maybe then, finally, the history of the Catalans will no longer be deplorable. And that of Europe a little more admirable.

Download a PDF version of The Deplorable History of the Catalans