What are Spanish jets doing in Estonia? Margallo knows 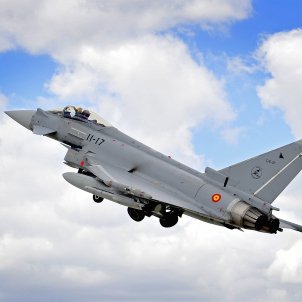 It could have been a tragedy, but, fortunately, it was limited to a (very serious) shock. Yesterday, a Spanish Eurofighter Typhoon fighter jet accidentally fired a missile in Estonian air space. The air-to-air missile didn't hit anything and there were no casualties. Both Spanish and Estonian authorities have started investigations into the incident.

The other question raised by the accident is what Spanish combat aircraft are doing in the Baltic. According to Spain's defence ministry, two Spanish Eurofighters were taking part in a training mission with two French Mirage 2000 "in an area of the southeast of Estonia authorised for this type of exercise". The exercise was part of an aerial policing operation involving Spanish detachment Vilkas Bap-47, based at Šiauliai in Lithuania.

The formal explanation is that Spain has a military presence in the Baltic as part of the international forces opposing Russian threats in the east of Europe.

The other motivation, however, is quite different. The person who knows this full well is former foreign minister José Manuel García-Margallo, who was the first to admit that Spanish forces were being used as a bargaining chip in exchange for other countries not supporting the Catalan independence movement.

Margallo revealed this policy of exchanging favours internationally in spring 2017. He gave the specific example of the Baltic countries (Estonia, Latvia and Lithuania), three former Soviet republics which, thanks to their own recent history, had shown sympathy for the Catalan independence movement. "It's not that we have special economic interests in the Baltic, it's that there was the Catalan issue," he said. Later that year, he explicitly said that they had deployed planes to the region as part of this policy of favours.

In short, the plane that almost caused a tragedy yesterday did so defending the unity of Spain. This statement is less surprising remembering words from the previous defence minister, Maria Dolores de Cospedal, during a visit to Spanish troops in Latvia in December. She said that they are defending "their country's interests and the security of Spanish families", a statement which, after Margallo's revelation, has to be understood as another weapon in the fight against the independence movement. Luckily, no one has been hurt so far. 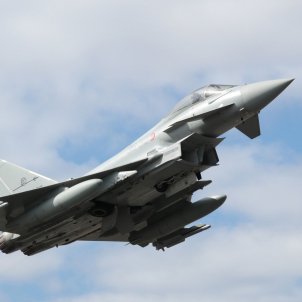